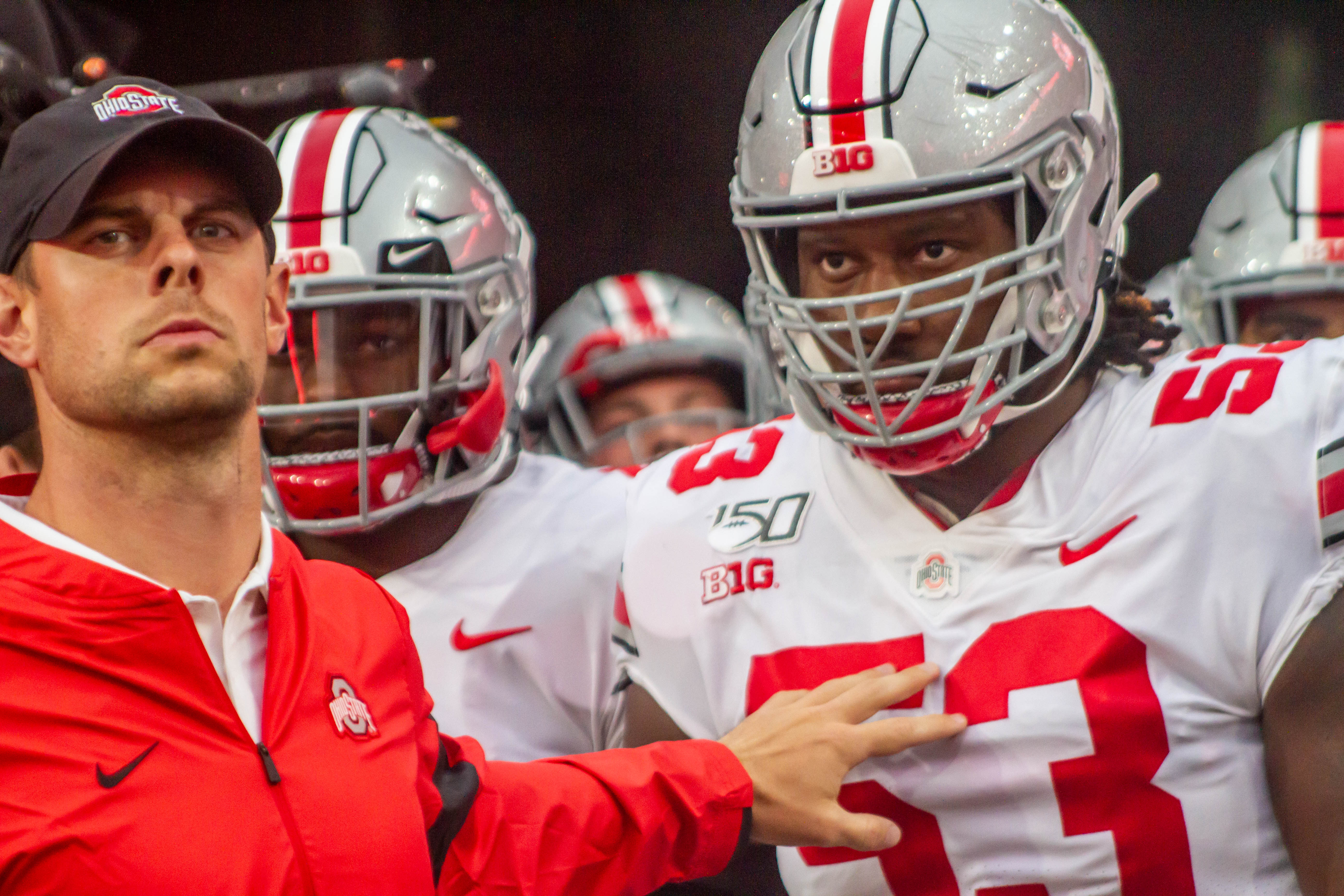 Nose tackles slide under the radar by design. The job description is to gum up the middle and stuff the run above all else, which means that unless you’re watching for it, it’s easy for the work of the guy in the middle to go unnoticed. It’s difficult for tackles to put up gaudy stats, so more often than not, good nose tackle work is a lot like good long snapper work: the less you hear about him, the better he is.

Part of that increased attention that Hamilton saw in 2019 can be attributed to a boost in his stats. He racked up 28 tackles in 2019, 9.5 of which were behind the line of scrimmage, with 6.0 sacks, all career highs. He had been solid for the Buckeyes since he first saw the field as a redshirt freshman in 2016, but 2019 was his true breakout as he saw more playing time and was trusted to handle more than just run stuffing.

2019 also saw him fully grow into the style that he had been deploying for three years prior. He was always a massively strong, bull-rush first-second-and-third type of player, but as a redshirt senior he was just stronger, more athletic and harder to stay in front of than he had ever been before.

Plays like this show off just what made Hamilton so good. This was his signature move in 2019, and a move that he was able to pull off so well all year because of how strong he is. He gets a great first push, moving the center back about a yard on initial contact, giving him a little extra cushion to work with and allowing him to force a decision from the halfback quicker. Once the ball carrier announces his intended gap, Hamilton flashes a mini-swim move, shrugs off the center, and is right there to wrap up the halfback.

Hamilton did this at least twice a game as a senior, and has the strength to keep it up at the next level, even against better and bigger centers and guards.

He took a similar approach to rushing the passer, where most of his sacks came from collapsing the pocket rather than trying to blow past his assignment. Here, he gets to the center quickly, engages him close and then shows off the strength again, extending his arms to get an extra push into the backfield, again shortening the decision time for the ball carrier (in this case, the quarterback). From there, it’s just about keeping his legs moving, as the center is off-balance. This is a clinic in bull-rushing as a tackle.

Now, this all isn’t to say that Hamilton is only a bull-rusher, nor is to say that his primary skillset is just being strong. He showed off very good hand technique all season long, and while he isn’t quite Chase Young in that regard, he’s going to be able to avoid solid contact from the offensive lineman on almost every play because of his body control and hand-fighting. He isn’t going to beat anybody off the edge, but the skill and finesse is there for Hamilton to be more than just a one move lineman.

There’s also quite a bit more athleticism there than would be expected from a 6-4, 320-pound tackle.

His straight-line speed isn’t anything special, but Hamilton is able to maneuver quickly in small spaces to track down the ball carrier and make a play.

Left unblocked here, Hamilton reads the play quickly and jumps into the lane to get back into the play. He’s no linebacker, but he’s moving here, and he’s taking an angle that quite a few defensive tackles either wouldn’t know to take, or wouldn’t be able to take.

Hamilton isn’t Ndamukong Suh, which is to say that  he’s not going to fit into every system in the league. He’s not going to be an instant star, or a guy that’s simply too talented to take off the field. This is a mid-round depth and rotational defensive lineman, that’s going to provide strength and intelligence in the middle of a 4-3 defense.

In those defenses, he’s going to be best served as a one-tech, focusing primarily on centers where he can really show off his size and strength advantage. Any team running a 4-3 in need of help against the run would be getting great return on Hamilton with a fourth or fifth round pick, but the team that seems most obvious is Washington. Washington’s rush defense was terrible in 2019, Jack Del Rio runs a 4-3, and Hamilton would be rejoining Chase Young, who he works very well with.

Even if it isn’t Washington, Hamilton looks like a future fringe starter at the next level, who should be able to provide immediate and consistent contributions against the running game for any 4-3 defense. His pass rushing still needs a lot of work, but Hamilton is worth a flier in on day three.