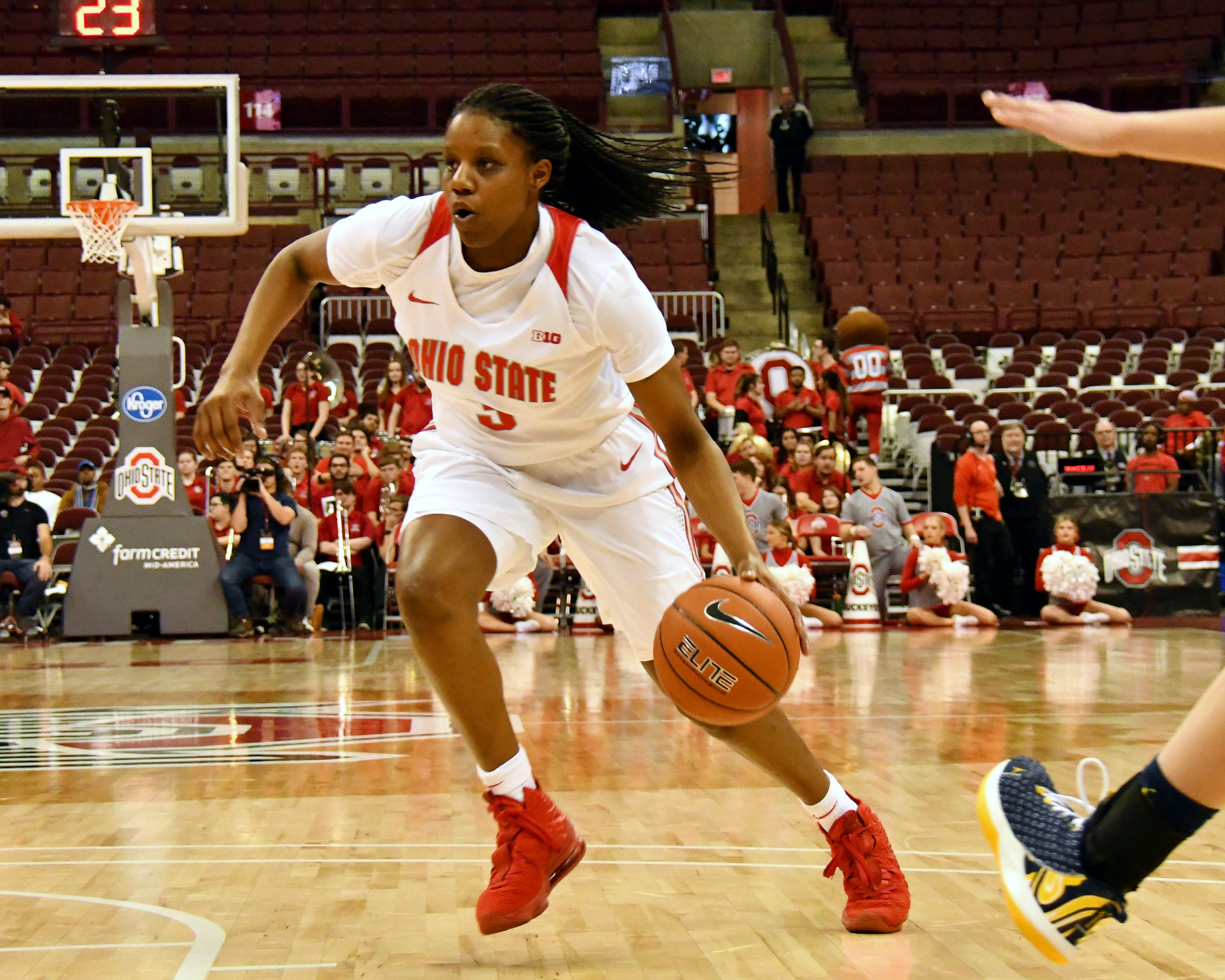 As part of end-of-the-season women’s basketball coverage, Buckeye Sports Bulletin will be looking at the previous year of every returning player for Ohio State heading into the 2020-21 campaign, and their importance to the future of the Buckeyes. Starting off the series is guard Janai Crooms.

Ohio State had just three players in its major rotation that had played a season in Columbus, and sophomore guard Janai Crooms is one of them.

Crooms was coming off a solid freshman season, averaging 8.8 points and 2.2 assists per game, starting in 19 of the 29 games. She was very effective from the field in her first year, hitting on 48.0 percent (98 of 204) of all attempts and 46.5 percent (20 of 43) of her shots from three. Both of those percentages led the team.

The key area that Crooms needed to improve on in year two was turnovers. She had 93 of them in her first year at Ohio State, 3.2 a game and the most on the team, which gave her a less-than-ideal 0.7 assist-to-turnover ratio.

And in the 2019-20 season, Crooms did lower the turnovers, but not significantly. She had 89 turnovers (2.8 per game) in her sophomore season, but moved her assist/turnover ratio above one (1.2) by earning 107 assists (3.3 per game), second on the Buckeyes to junior guard Braxtin Miller.

Crooms kept her shooting percentage around the same clip, hitting 46.7 percent (91 of 195) of her attempts overall. What did change dramatically was the three-point success, which the second-year guard could not find this season, making just 10 of her 48 attempts from deep. The 20.8 percent rate from three was the worst on the team by any player with more than 16 attempts.

Throughout her sophomore season, Crooms found herself change roles from a starter to begin the year to becoming a key spark off the bench. This was a role that she said she embraced as the season went on.

“Yeah, I take on that a lot. That’s kind of my role in practice and games,” Crooms said on March 8. “All throughout the season that’s just been my role. And I think I’ve lived up to that.”

The move to the bench led to a slight dip in production, with Crooms averaging 6.8 points per game. Her two highest-scoring games both came in defeats, but came against a pair of ranked opponents.

Crooms also scored 15 points against Stanford, the then-No. 1 team in the country on Dec. 15. She went 7 of 10 from the field and brought in six rebounds and a pair of steals, though she did turn it over seven times in the 71-52 loss.

The sophomore guard out of Barrington, Rhode Island also played some of her basketball of the season in the Big Ten tournament. Crooms was a big piece of Ohio State’s run to the tournament finals, averaging 8.8 points per game on 64.0 percent (16 of 25) shooting while holding a 3.0 assist-to-turnover ratio in the four games.

Crooms is an important component to Ohio State’s future success, not just because of the clear energy she brings to the table, but because of her knack for making effort plays and some highlight assists.

As is clear from her top five plays shown above, Crooms is at her best when driving to the hoop and when she uses her vision, which she has in strides. She also is a strong defender who does not allow anything easy.

These strengths can occasionally be downfalls when they lead to turnovers or fouls, which Crooms had 65 of, tied for second most on the team. Moving forward, making the smart pass will continue to be one of the important areas for Crooms to grow at, while finding that three-point shot that she clearly has the capability for would be a big bonus for this Ohio State team that wants to rely more on the deep ball.

With the guards that took Crooms’ starting spot being true freshman last season, she will likely retain her role as the spark plug, but Crooms brings more energy than any returning player, both when she’s on the court and on the bench, and her role will be huge if Ohio State hopes to live up to the high expectations put in front of them next season.