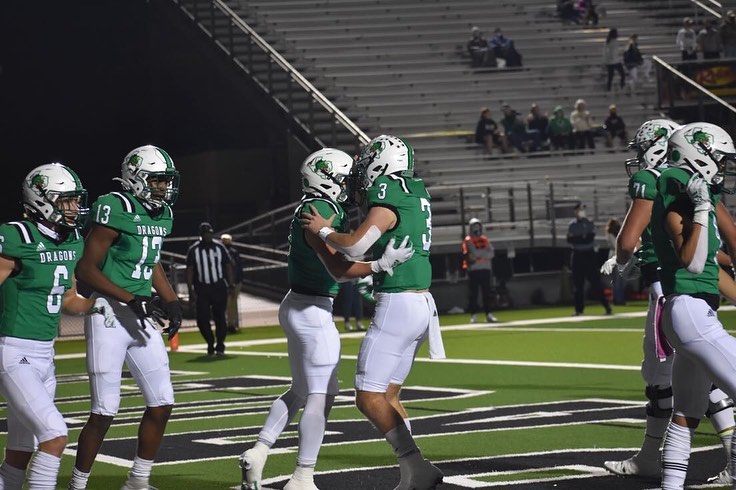 Ryan Day has established quite the quarterback tree for himself during his time in Columbus, despite the 2020 season being just his fourth overall with the Buckeyes. Since his arrival in 2017, Day has helped to produce J.T. Barrett’s best statistical season in 2017, the best season in school history in 2018 with Dwayne Haskins and what will almost certainly be a top two pick in the upcoming NFL draft in Justin Fields.

Day’s job isn’t getting any harder any time soon, either. Ohio State landed a pair of blue-chip quarterbacks in the 2020 class in Jack Miller and C.J. Stroud and has five-star Kyle McCord committed in 2021, establishing what looks to be a strong line of inheritance when Fields departs.

That line got even stronger on Thursday evening, as Southlake (Texas) Carroll 2022 five-star quarterback Quinn Ewers announced his pledge to Ohio State.

Ewers needs little in the way of introduction. He’s one of the biggest names in the recruiting industry and considered by many to be the next generational quarterback prospect and rated as the No. 1 overall player in the 247Sports in-house rankings. To say that landing his commitment is a big deal for Day, quarterbacks coach Corey Dennis and the Buckeyes would be an understatement.

Put simply, the hype around Ewers is well-founded. He has just about everything you could possibly want in a modern quarterback prospect, from good size (6-3, 195 pounds), experience in a pass-first offense against the best teams in Texas, arm talent, athleticism and everything else that goes into quarterbacking. You have to pick quite a few nits to find anything resembling a weakness in his game, because there really just isn’t one. He’s as complete a high school quarterback as any prospect since Trevor Lawrence.

The only thing resembling a weakness or flaw in his game is that he doesn’t showcase a ton of off-platform throws, which, as mentioned, is so miniscule that it doesn’t even really merit consideration. The lack of off-platform throws in his tape doesn’t mean that he can’t make them and if anything it just supports the idea that he’s able to read defenses and distribute the ball quickly enough that he’s rarely pressured out of the pocket.

When he does feel pressure he usually just tucks the ball and runs, which may be an issue if he was reacting too quickly to pressure, but there’s no sense that that’s the case in his tape. His timing with leaving the pocket is consistently spot-on, as is his instinct to just pull the ball down and pick up yards with his legs.

If that sounds like a weak critique, it’s because it is. There’s just not much here in the way of negatives. Now positives, on the other hand?

As a passer, Ewers is already excellent. He has a repeatable throwing motion that looks almost completely effortless, even on longer throws like this one. His drops are natural and quick and he has essentially no wind-up. Everything happens in one fluid movement which allows him to get the ball and quickly and put it exactly where it needs to be every time.

He’s not quite Cardale Jones when it comes to arm strength, but anything within the 50-yard range is going to be more than manageable for him consistently and with strong touch and accuracy. If needed, he could certainly max out above 50 while sacrificing some of that touch and accuracy, but Ohio State’s offense doesn’t call for that, nor does any good offense.

Similar to those deep balls, Ewers isn’t lighting up a radar gun with his velocity, but he does more than enough to tuck the ball into tight windows when needed. It’s that same repeatable motion, just with a harder drive step and a slightly lower release point. Everything is very comfortable, again almost effortless, even as he generates a good amount of velocity and spin to get this ball to the receiver against tighter coverage.

As mentioned, he’s more than capable as a runner too, though this isn’t a huge requirement for Day’s offense. Expect a similar workload to the one that Justin Fields has taken on as a runner. A few designed carries or options a game, a few scrambles (probably a few more than what Fields does, because Ewers is much more willing to tuck and run). Not a crucial part of his game, but still something for a defense to worry about, and a viable option for Ewers when facing pressure.

In total, on his tape, Ewers is exactly what you’d expect from his rankings. He’s a generational player on the level of Fields or Lawrence. His talent is immense, he’s well-coached and comfortable as a passer, will require little to no technical training and has no major flaws. He’s college ready as a junior in high school and all he’ll really need to do with Day and Dennis is grasp the playbook and improve his ability to read a defense, which is already elite for his age. It’s always a little bizarre to talk about a high school prospect this way, but it would honestly be a shocker if Ewers isn’t a multi-year starter, All-American and future top five pick. Taking over as Ohio State’s quarterback as a freshman is a distinct possibility, even with the talent ahead of him in the 2020 and 2021 classes.