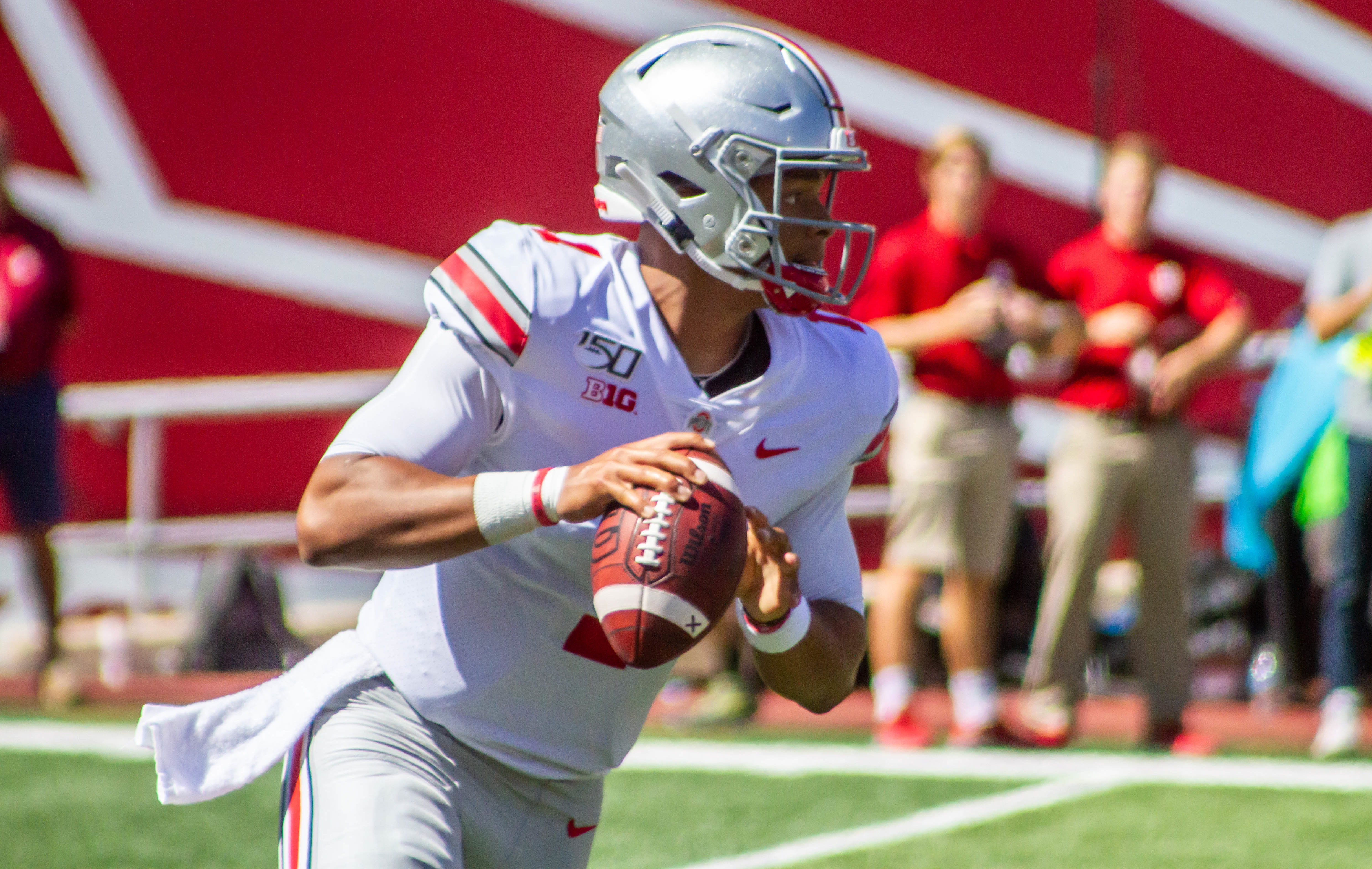 After an unexpected week off, No. 3 Ohio State returns to action on Saturday against Indiana (12 p.m. on FOX). The Buckeyes are 21-point favorites over the undefeated and ninth-ranked Hoosiers, though prognosticators are expecting a much-closer game.

Check out their predictions below:

WC: “Ohio State has yet to play a good opponent, it turns out, and I think Indiana is exactly that, with four wins, three of which came pretty handedly.

“Yes, the Hoosiers have also had an easy schedule, but I think there’s a case to be made that they’re the second best team in the Big Ten (Wisconsin is right there, too), and I expect Indiana to come into this game hyper-motivated to prove it.”

“Michael Penix is a very strong quarterback, and will give Ohio State’s secondary a big test, especially with some star receivers like Ty Fryfogle and Whop Philyor. On defense, the Hoosiers also have Tiawan Mullen, arguably the best cornerback in the Big Ten, who might be able to slow down one of Chris Olave or Garrett Wilson.

“Basically, there are matchups here that I think give Indiana a route to win this game. But I just don’t think it’s enough. Justin Fields is still too good, and the Buckeyes are far too talented to let it happen. Whoever Mullen isn’t on in the receiving game between Olave and Wilson should be in for a big day.

“While I think Indiana will put up some points, I think Ohio State still wins the top 10 matchup by two scores, but I don’t expect it to be a lopsided affair at any point in the game.”

JD: “The top 10 showdown between Ohio State and Indiana is one of the toughest games I’ve ever had to predict.

“The Hoosiers have the No. 3 rush defense and the No. 3 pass defense in the Big Ten, which would seem to indicate they should be able to keep the Buckeye offense somewhat in check. However, the Hoosiers have only played Penn State, Rutgers, Michigan, and Michigan State.

“In other years, wins against PSU, U-M, and MSU might be impressive, but those programs are not the same this year. With that in mind, Indiana is not prepared to take on the talent of Ohio State.

“The Buckeyes may have some difficulty containing IU signal caller Michael Penix Jr., but the Hoosiers will not be able to keep up with the high-octane Ohio State offense.”

AL: “On paper, this appears to be the most-difficult game remaining on Ohio State’s schedule. Indiana comes to Columbus ranked in the top 10 with wins over big-name wins Michigan, Michigan State and Penn State.

“I do wonder, though, if those victories are more about those teams having down years than it is about the Hoosiers finally putting things together on their own. Either way, we’re about to find out with a much-tougher test in the Buckeyes.

“Ohio State’s offensive attack will continue to be unstoppable against defenses with far less talent, so they key is whether or not Indiana’s offense will be able to keep up.

“Penix is the best quarterback the Hoosiers have had in a long time and he’s done some special things for them this season. Philyor is a dynamic wide receiver, too. I just think the Buckeyes, with an increased focus on fundamentals following a sloppy performance against Rutgers, will be able to limit the big plays defensively. The lack of a running game will hurt the Hoosiers, too.

“Ultimately, I anticipate Ohio State will put up points quickly, force a few turnovers and turn a game that looks closer on paper into an impressive blowout.”

PM: “My score prediction is the closest on the board, because I don’t think that this matchup is very favorable for Ohio State. Indiana throws the ball really well and has a lockdown cornerback in Tiawan Mullen that will make things trickier for at least one of Ohio State’s star receivers. The Hoosiers can’t run the ball and lack an elite run defense, but if you’re going to have weaknesses against this Buckeye team, that’s the place to have them.

“Now, I don’t think Indiana is likely to win this game. Ohio State’s talent advantage is massive and the Buckeyes will likely be well-prepared for this matchup, given the fact that it’s a top 10 battle and they’ve had nearly two weeks to prep for it. In a different year, where Indiana is able to fly under the radar, I think this would be a serious upset alert game, but this year, my expectation is that Indiana keeps it close and presses OSU, but not enough to pull out a win.”