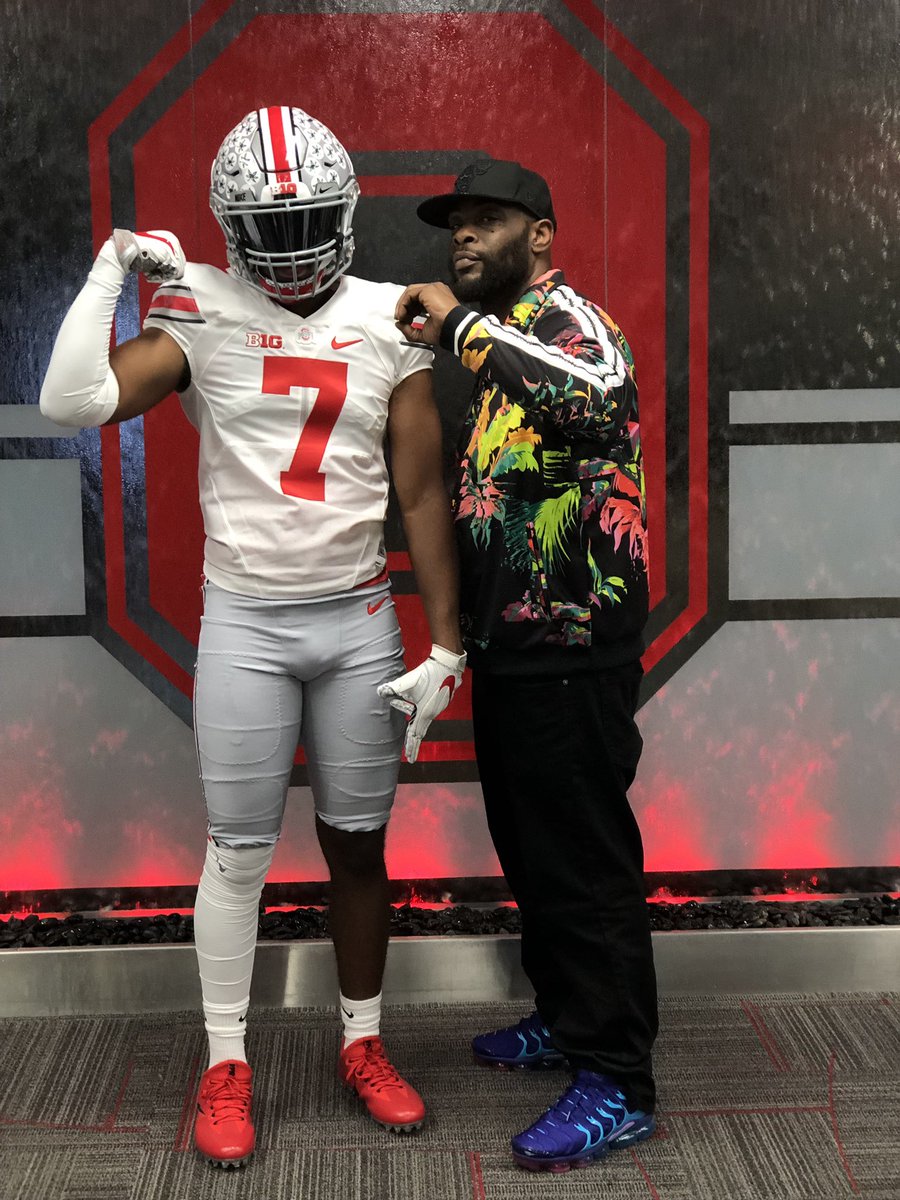 Ohio State’s 2021 class is off to about as hot a start as Ryan Day could have possibly expected, as reflected by the early ranking returns that mark Ohio State’s class as the nation’s best. On Jan. 7, that class got even better, and added yet another position of need, with the commitment of safety Jaylen Johnson.

Johnson, a Cincinnati native that helped lead La Salle (OH.) High School to a state title as a junior this past season, wasted no real time making his pledge to Ohio State known. He picked up an offer in June of 2019 after an impressive camp showing, took an unofficial visit to Columbus in September and only ever seriously looked at two other schools — Penn State and Purdue — before ending his recruitment before the summer entering his senior season, when recruitments usually hit a peak.

A large part of that is through a connection to Ohio State for the Ohio native, as well as the potential for a return to Columbus for Cincinnati recruiting ace and defensive backs coach Kerry Coombs, who has long been rumored the leader in the clubhouse to replace Jeff Hafley. Perhaps more important however, and more relevant to Ohio State’s roster makeup is Johnson’s fit in the new-look Buckeye defense. Under Day, Ohio State has said at every team that it is looking for a new type of linebacker to fit the elusive “bullet” role.

Essentially, that linebacker/safety hybrid has been defined as being more athletic than a typical linebacker, while also being able to spend more time near the line of scrimmage, defending the run. In 2019, Pete Werner filled the role, though he may not be the exact prototype that defensive coordinator Greg Mattison was looking for, given his size (Werner is 6-foot-3, 239 pounds). That prototype seems to be much closer to the profile of 2019 signee Kourt Williams, who played both linebacker and safety in high schools and checks into Columbus at a svelte 6-foot-1, 216 pounds.

In Johnson, Ohio State is landing the latter much more than the former, which is part of what makes his commitment so crucial. Hybrid players are becoming easier to find as football catches up to the almost positionless nature of its counterparts like basketball and soccer in the analytics era, but they’re still not dime-a-dozen by any means. Big, athletic players that can tackle and defend the pass are still much more difficult to find that true safeties or true linebackers.

Johnson isn’t quite on the level yet for size, listed as 6-foot-1, 205 pounds on his recruiting profile, though where he is now is a far cry from his slender 6-foot, 175 pound frame that he entered the year with. Johnson is moving much closer to that hybrid role, and Ohio State is only going to push that further once it can get him into a comprehensive weight program, just as it will with Williams.

As he takes steps towards bulking up, Johnson already plays much bigger than he actually is. He was one of the best tacklers on his team as a junior, and doesn’t go for the kind of highlight hits that high school defensive backs so frequently put on tape, much to the dismay of defensive coaches at the next level. Instead, he’s a sturdy, wrap-up tackler, much in the way that Williams was coming out of high school. He can still lay the lumber, but he very rarely tries to do too much, which can be one of the most difficult habits to unlearn in college.

That consistency will make him invaluable as soon as he steps on campus at Ohio State, and could lead to some early playing time, especially on special teams. Young defenders with his kid of tackling ability are rare, and can make life much easier for their coaches in college.

Now, obviously, things aren’t all perfect with Johnson as a prospect, because if they were, he wouldn’t be sitting in the 400s in recruiting rankings (though he is likely due for a rise after the junior season he had). Despite strong instincts and an innate understanding of pursuit angles, Johnson isn’t great in coverage, largely because of his athletic profile. He’s not going to light a combine on fire, because while he’s a plus athlete, he’s much more Jordan Fuller than he is Malik Hooker.

Because of that, Johnson is probably never going to be particularly comfortable as a deep safety. He doesn’t have great range because of his athletic limitations, and would be much better served as a box safety, which Ohio State really didn’t deploy in 2019, using Werner in the role that a box safety would usually fill. In that spot, Johnson could focus primarily on helping against the run, snuffing out plays on the edges, and perhaps most importantly, rushing the passer. He won’t have the coverage chops that Shaun Wade has, but he could be deployed in a similar way, with fewer coverage assignments and more blitzing (again, think Werner, but modernized).

That isn’t to say Johnson isn’t going to develop into a capable defender of the pass, it may just take some time. His instincts and nose for the ball raise his floor in pass defense by quite a bit, and while he probably shouldn’t playing a ton of man coverage on wideouts, he could absolutely handle assignments against tight ends and halfbacks, and will make for an excellent zone defender, as long as his zone is underneath, rather than in a deep half or third.

Bottom line, Ohio State is getting a high floor, instant impact defender, that has a clear path to develop into a multi-year starter in a defense that will always need tacklers of his caliber.