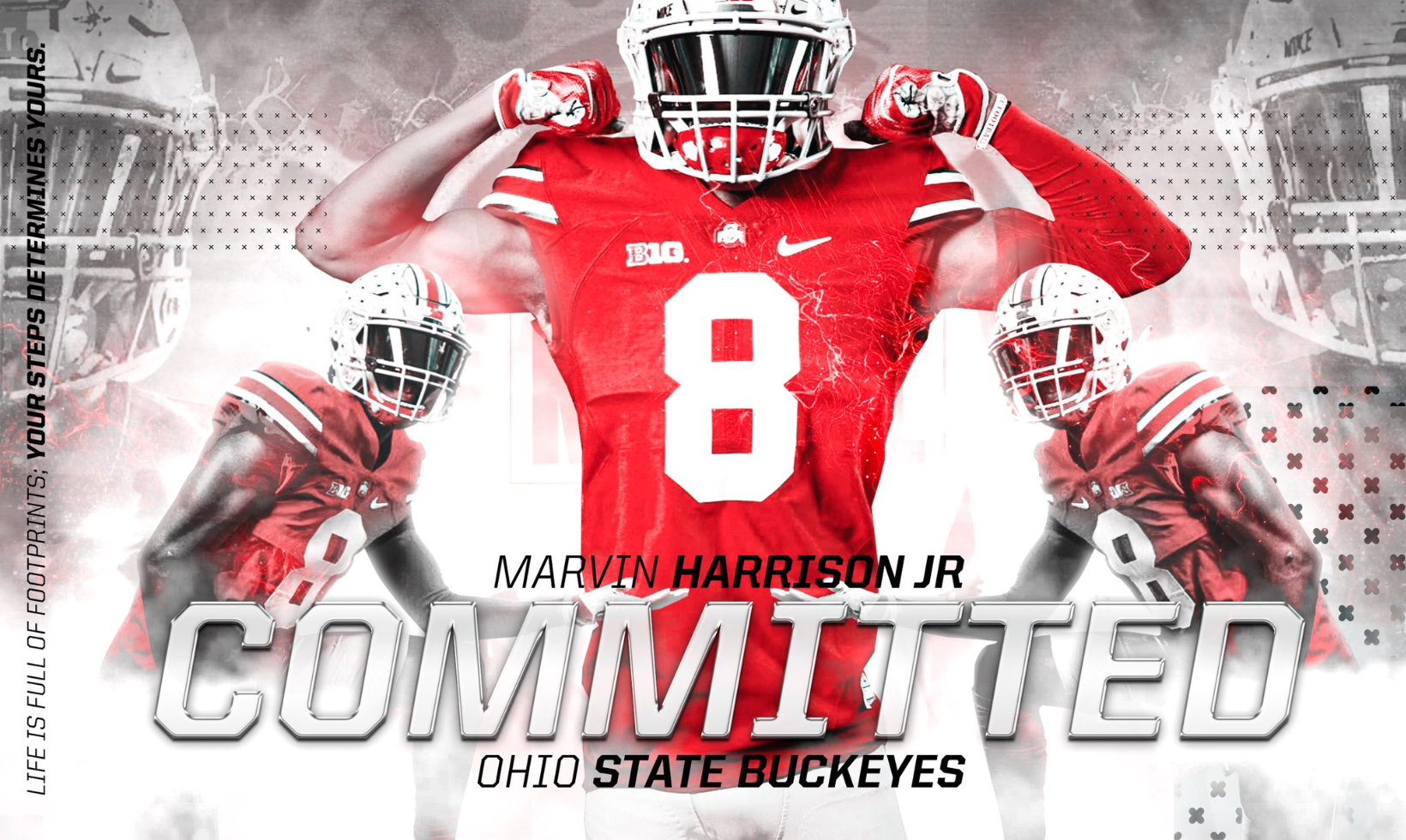 Ohio State may have earned one of the most impressive wide receiving classes in recent memory for 2020, but it looks like the team is continuing to do the same for next year’s class.

Four-star wide receiver Marvin Harrison Jr. announced Thursday that he has committed to the Buckeyes for the class of 2021.

Harrison comes to the Buckeyes out of St. Joseph’s Prep School in Philadelphia. He is the son of NFL Hall of Fame wide receiver Marvin Harrison, who finished his career with 1,102 receptions for 14,580 yards, 128 touchdowns and a Super Bowl ring in the 2006-07 season.

The four-star wideout is the No. 54 overall recruit in the 2021 class and no. 8 receiver, and is joining four-star Jayden Ballard as the pair of receivers committed in that class to this point. He is also joining four-star quarterback Kyle McCord, who is Harrison Jr.’s teammate at St. Joseph’s Prep.