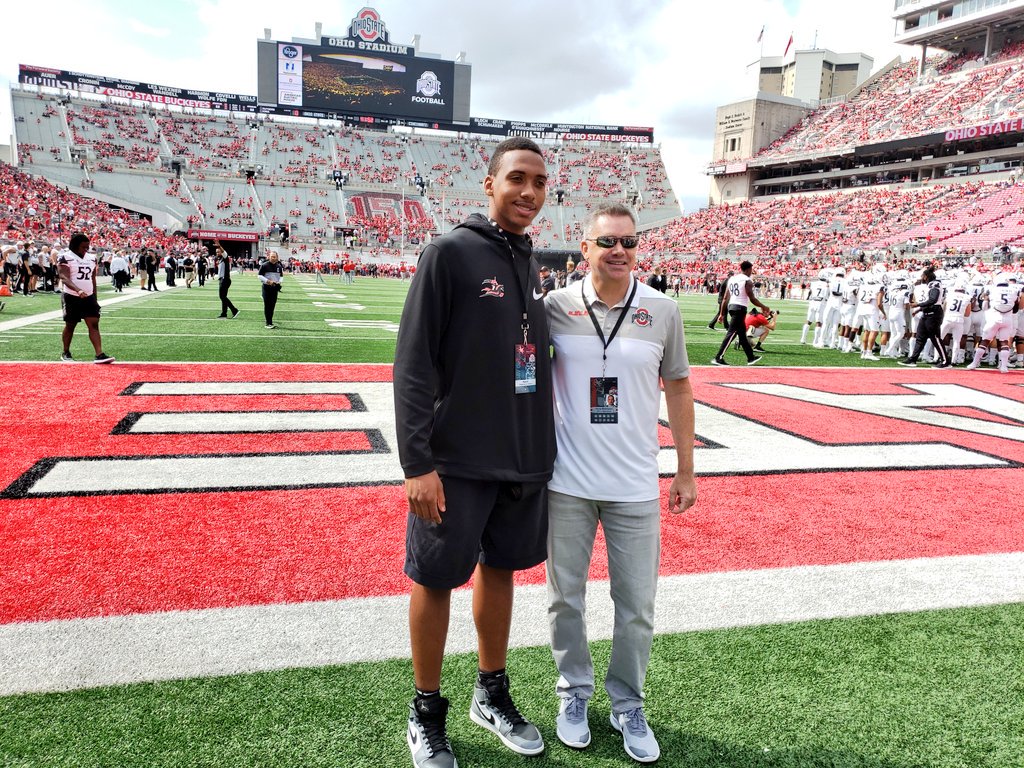 For the second time in a week, Chris Holtmann and Ohio State have secured a commitment in the 2020 class.

Given that the class seemingly had room for just one player as recently as a few weeks ago, and given the players in the class, that comes as a bit of a surprise. After all, Eugene Brown, the first commitment, was a bit of a new face to Ohio State’s recruiting world, and really only gained interest with the hire of Jake Diebler.

Now, Zed Key is in a similar spot. The newest Buckeye commitment, Key only garnered serious interest from Ohio State in the past few months. He was a late riser for quite a few staffs, Ohio State’s included, and his commitment means that both parties liked each other more than most outside observers first assumed.

However, just like with Brown, Key fits far better at Ohio State once his actual play style is taken into account. He isn’t a five-star, immediate impact prospect, but he’s another recruit that looks like exactly what Ohio State’s roster is missing. So, in this case, what does that mean?

Key is likely to fill the hole left by Kaleb Wesson, if Wesson does in fact depart for the NBA following his junior season as expected. The comparison there isn’t 100 percent perfect, but in terms of where he’ll play, and what will be expected of him, the Wesson mention is obvious because of how Holtmann has used him. Key is a similarly dominant interior scorer, though he’s more athletic and less powerful; more explosive and less technical.

He’s also shaped a bit differently. Key looks more like an old-fashioned power forward than he does a center, standing 6-8.5 and about 230 pounds, and plays pretty similarly to that old style of bruising, athletic four.

He’s a dunker first, second and third, and will need a year of development before he does much else offensively, but he flashes the athletic ability and the technical skill to serve as an elite interior scorer down the road. If he can do that and pick up the ability to slash, he’d be an extremely versatile and valuable piece of Ohio State’s offense when he’s a sophomore or junior.

Defensively, Key’s athletic ability makes him a potentially excellent piece, even from day one.

He’s already a very good shot blocker, and the fact that he has some weight on him already makes him much more capable of handling Big Ten big men than most incoming freshmen. That defensive ability and potential, paired with his talent for snagging rebounds may not give him enough interior intangibles to be a full-time center, but he looks perfect for Chris Holtmann’s ideal power forward spot.

With that said, Key probably isn’t a year-one contributor, even if he walks into a team without Kaleb Wesson. Much like Ibrahima Diallo, he feels like a bit of a project, and I would be surprised if Ohio State puts him in any tenuous situations early in his career.

The first year will be about growth, and given the trajectory of the program, that’s perfectly fine. Key is a high-potential prospect, and a year to sit and learn, with plans to take over as the starting power forward as a sophomore on junior is exactly what both Key and Ohio State need.