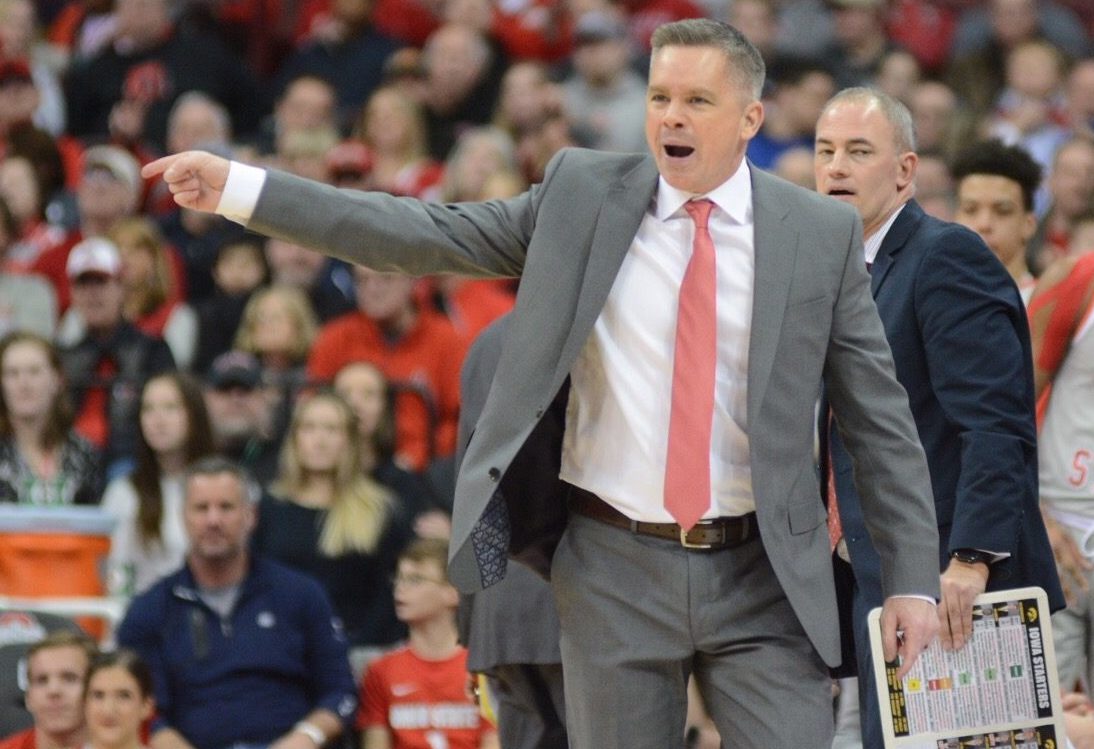 Because the Buckeyes are set to graduate just one player, Andre Wesson, after the upcoming 2019-2020 season, Holtmann entered his third cycle as Ohio State’s head coach with either one or two free spots, depending on if he wants to use the full 13 available spots, or remain at 12 as he has in the past.

Everything that Holtmann has said in the past six months or so has indicated that he would stick with the flexibility that comes with 12, which means that the Buckeyes would take only one recruit in 2020. After an extensive search for the best possible addition to the team, Ohio State landed on Decatur (Ga.) wing prospect Eugene Brown. On the morning of Sept. 16, the Buckeyes got their guy, as Brown ended his recruitment just a day after visiting Columbus.

This serves as a pretty massive victory for the Buckeyes. Firstly, they get one of their top targets, in a position of need, in a class where they desperately needed to do just that. Secondly, the Buckeyes landed Brown after his first and now only official visit. The Georgia native was scheduled to take official visits to Texas A&M (Sept. 20), Louisville (Oct. 4), Georgia (Oct. 11) and Georgia Tech (Oct. 18).

That doesn’t happen if the Buckeyes doesn’t blow Brown away with his visit, especially given that Ohio State only started recruiting the 6-foot-6, 185-pound senior after it hired Jake Diebler back in April.

While the wins both in the class and over some tough competition are important and will be celebrated by Ohio State’s staff, this commitment is even more important on its face than it is behind the scenes, because Brown is an extremely talented prospect, and a style of player that Ohio State’s roster could really use.

The first thing that stands out about Brown is his physical profile. He has a significant, wiry frame, and at his height, he serves as a much larger shooting guard option than anyone Ohio State has right now. He has the kind of size that can make him extremely dangerous in pretty much all facets of the game, because he can crowd passing lanes on defense, and fire off shots cleanly on offense with a higher release point than most players.

That second point, the ability to fire off clean shots, is the number one draw for Brown. He still has some development to do in other parts of his game, specifically as a shot creator and playmaker, but his shooting ability is lights out, largely because of his length.

He has better range than anybody currently on Ohio State’s roster, save for maybe Duane Washington, and his smooth shooting motion should make him at least a 40 percent three-point shooter from the day he steps on campus. He’ll have an adjustment period to the college game, as every freshman does, but once he figures out how to get open against better defenders, he’ll be a serious outside threat for the Buckeyes.

While Brown’s primary value is as an elite shooter, he’s flashed potential to be a dangerous three-and-D player, again because of his length. He has a knack for steals and pass interceptions, and while he may not have the defensive intensity of Andre Wesson or Luther Muhammad, he can easily be a plus-defender and playmaker after a year or so under Chris Holtmann.

Speaking of potential, Brown could become a very good inside scorer, but that’ll take more work than his shot or his defense. He has the ability to finish at the hoop, and he obviously has the talent to be dangerous as a slasher, but as mentioned, his shot creation just isn’t that great yet.

He has a tendency to lock into one lane or move and that can get him into trouble. He isn’t going to beat a ton of people off the ball right now, so he’ll have to improve his off-ball movement to become any sort of consistent threat inside. Even without that, however, he can still be a No. 2 or 3 scorer for a top-25 caliber Buckeye team.

That seems to be his ceiling. Brown probably isn’t going to develop into a Keita Bates-Diop caliber scorer, and he probably isn’t going to be Jon Diebler either. He could, however, serve as Chris Holtmann’s answer to William Buford. He’s going to be joining a team that has senior scorers like Kaleb Wesson (if he stays out of the draft) and CJ Walker, as well as a streaky contributors like Muhammad, Washington, Justice Sueing, Justin Ahrens, and presumably, developed versions of DJ Carton, Alonzo Gaffney and E.J. Liddell.

Even if Brown doesn’t contribute a ton in his first year, that’s a whole lot of players that could develop into top-tier scorers. If the Buckeyes can find one or two elite bucket getters, the addition of Brown will be a massive one down the road, because Holtmann and staff will know that the Georgia product can add consistent scorer as the second or third threat, on what could be a championship-caliber team. That’s a pretty great ceiling to have, and a pretty great fit for the rising Buckeyes.