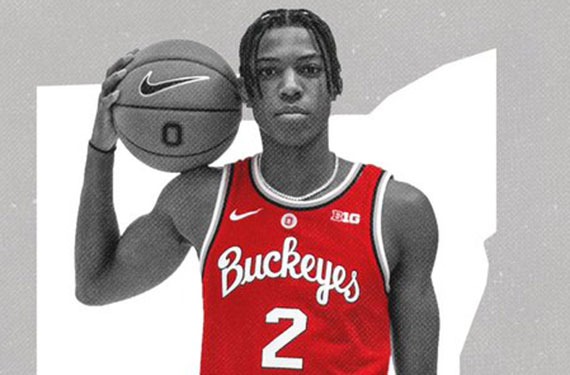 Blessed to announce that I have committed to The Ohio State University ⭕️ #GoBuckeyes 🌰🌰 pic.twitter.com/YCe3vBGIIg

The 6-6, 185-pound Brown is considered the 26th-best shooting guard and No. 112 prospect overall in his class, as he averaged 13.4 points, 5.4 rebounds and 2.8 assists in five games of an injury-shorted junior season (broken leg).

Brown landed an offer from Holtmann in June, shortly after the Buckeyes’ coach watched him play on the Nike EYBL circuit. He subsequently put Ohio State among his top six schools and then scheduled an official visit.

As a precursor to his official visit this past weekend, Ohio State’s entire staff — including assistants Ryan Pedon, Terry Johnson and Jake Diebler — made an in-home visit with Brown and his family.

Brown may be the only member of his recruiting class, as his commitment puts the Buckeyes at their limit of 13 scholarships for the 2020-21 season. It is possible, however, that Holtmann signs another with the hope that a player on the current roster goes pro before then.

Here are some of Brown’s highlights: