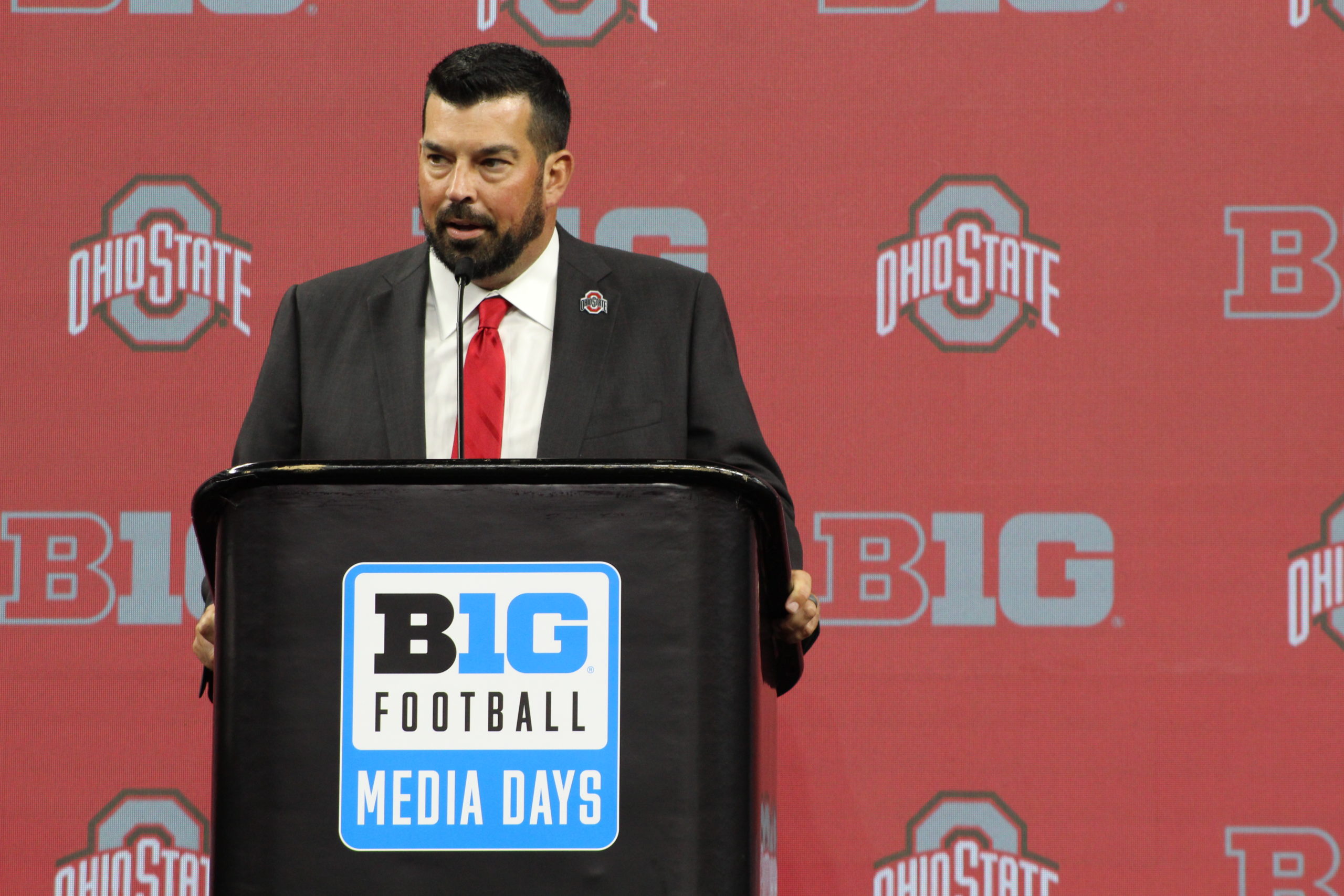 After giving up 77 points and 992 yards in losses to Oregon and Michigan last season, Day rehauled most of the defensive staff, bringing in Perry Eliano and Tim Walton to work with the secondary and Knowles to work with the linebackers as well as coordinate the defense, a role he held at Oklahoma State for four seasons before coming to Columbus.

Knowles’ scheme was introduced at Ohio State this offseason, and with several months of work under the belt of the coaches and players, Day believes that the Buckeyes’ defense can compete at a high level – perhaps even among the best in the country.

“But in terms of expectations, yeah, we expect a top ten defense,” he said. “That’s what we want. When we’ve played our best football, it’s because we played really good defense, and we’ve been balanced and played complementary football.”

Day said the offseason has been “excellent” for Ohio State in terms of installing the new scheme, and that the new staff – as well as defensive line coach Larry Johnson, the lone holdover from last year’s defensive staff – have been exciting to watch.

Beyond the new staff, Ohio State has several returning starters on defense that have the chance to thrive under Knowles, including safeties Ronnie Hickman – one of Ohio State’s representatives at Big Ten Media Days – and Josh Proctor, as well as linebacker Steele Chambers, who are all expected to be heavily featured.

It may take time for Ohio State’s defense to realize its potential given the season-opener against Notre Dame, but as the players and coaches become more comfortable, there’s a belief within the program that Ohio State can put a national championship quality defense on the field.

“We want to obviously stop the run to begin with and then go from there, but we expect a top ten defense,” Day said.