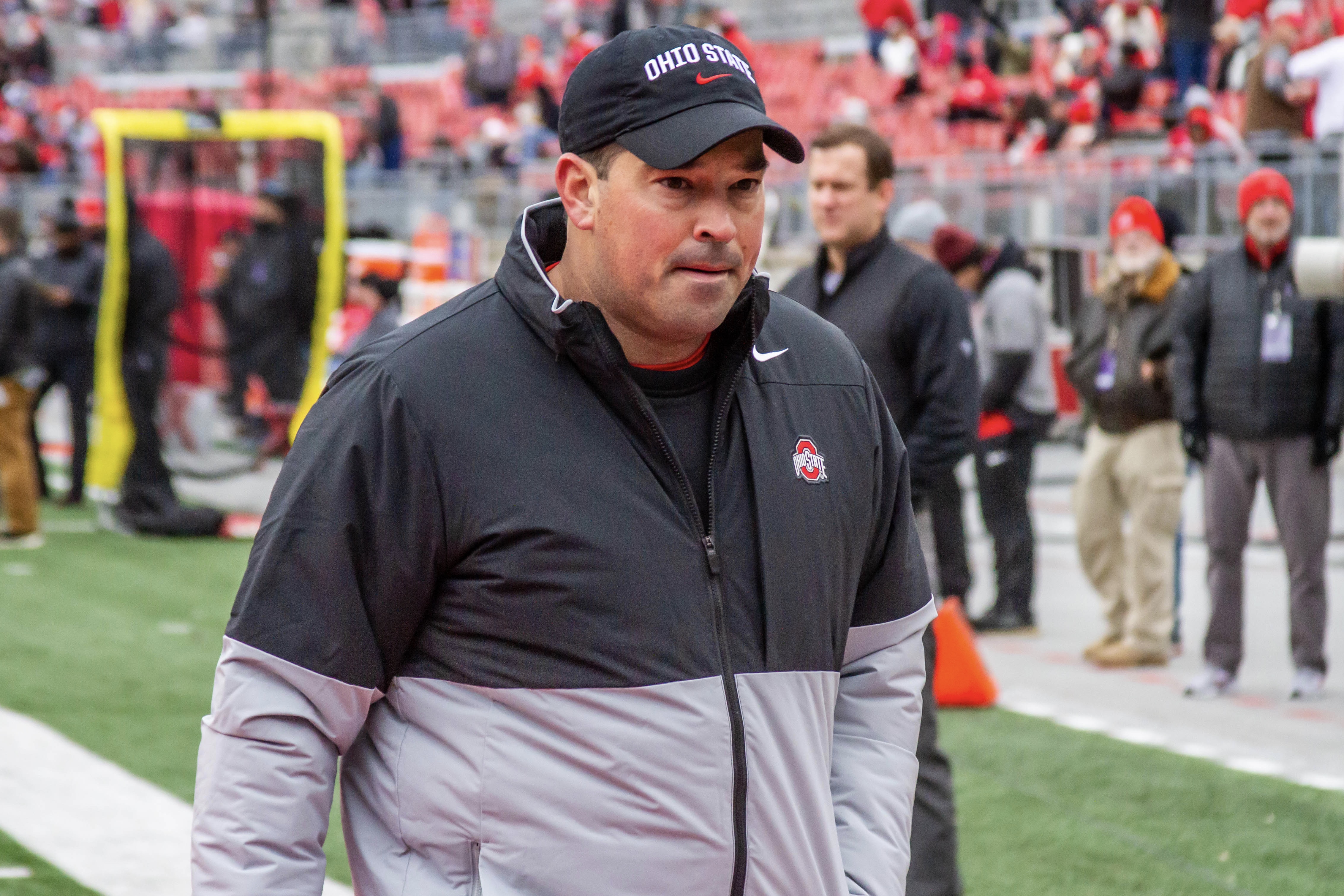 After more than two weeks since last playing a game, Ohio State head coach Ryan Day is happy about where the health of his team is at heading into the matchup against No. 3 Clemson in order to head to the national championship.

The Buckeyes are coming off one of the toughest three-week stretches any team in college football faced this season, with Ohio State having to battle a trio of top 15 opponents, including a 34-21 win over Wisconsin in the Big Ten championship where it had to come back from down 21-7 at halftime.

Day said he has handled the situation as sort of an extended off week heading into the team’s arrival in Glendale, Arizona.

“I think when you look at it, we practiced five of six days and then we gave them three days off. That’s not very unlikely for a bye week. If this was a bye week, that’s typically what we would do anyways. It seems like a long time off. We blink and we are right back together again. It really wasn’t that long,” Day said. “After those three games we played down the stretch, these guys needed it, and now they’re going to come back refreshed ready to go.”

This will be Day’s first experience in the College Football Playoff of any sort, let alone as head coach. With that in mind, he said he has had a three-phase plan in place for how to prepare for Clemson.

“This is a unique time frame in terms of coming off of the Big Ten Championship game, getting ready for this,” Day said. “There’s really no precedence for this one because typically in the past, the plan has always been, phase one, development of the young guys, get rest for the older guys. And then phase two is kind of game plan the week before, go home for a little break, and come back. Phase three is at the bowl site. We really didn’t have time for that. So this was somewhere between getting ready for a bowl game and a bye week.”

Even with the difficult stretch the past three games and the undefeated record, Ohio State will need this level of gameplanning and this level of health in the depth chart to be able to handle the defending national champions it has to face on Dec. 28.