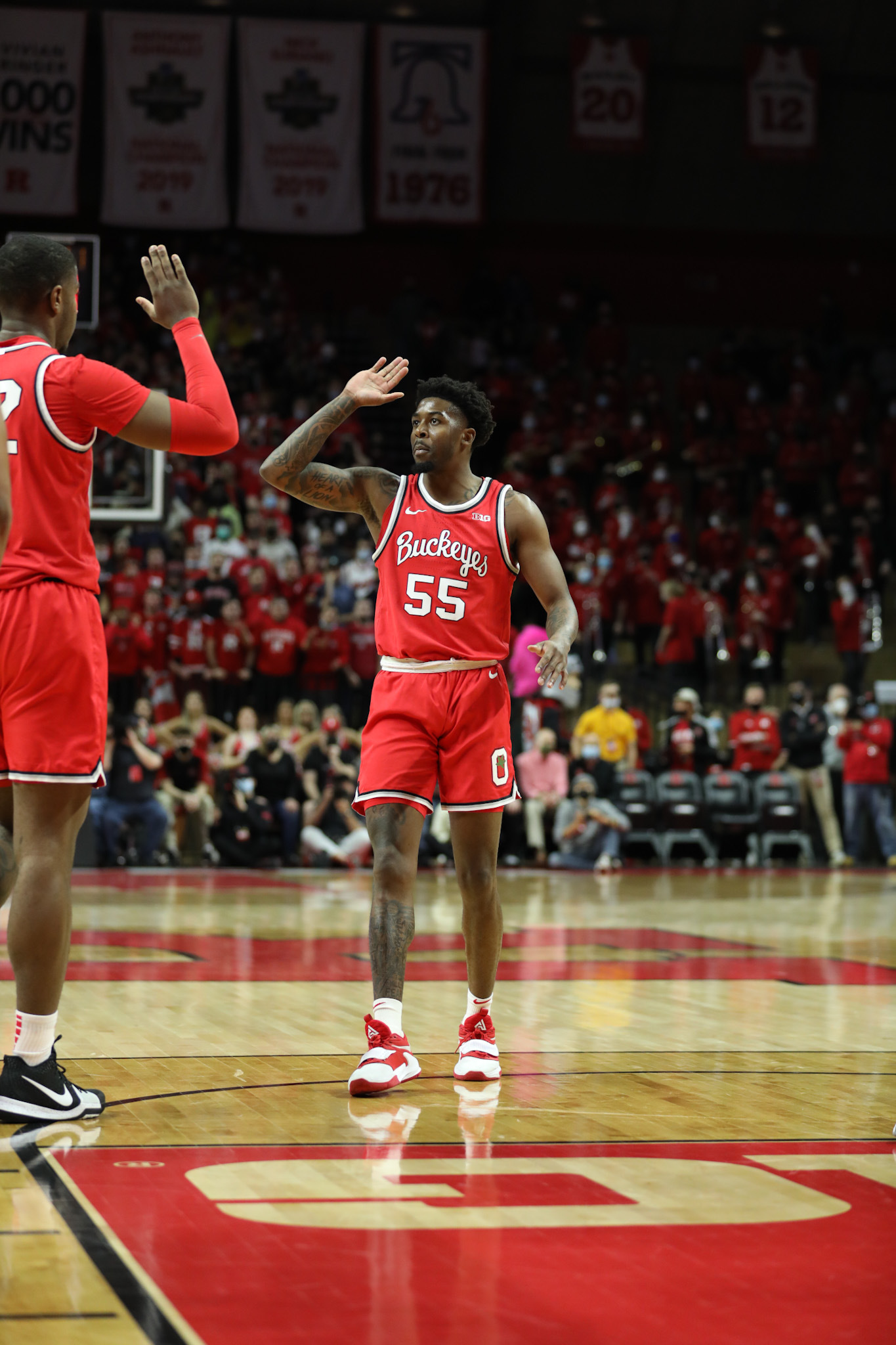 With Ohio State’s overtime victory over Indiana on Feb. 21 and a weekend loss for both Michigan State and Rutgers, the Buckeyes have picked up a game of insurance in the Big Ten’s No. 4 spot, the final team in the standings that earns a double-bye come Big Ten Tournament time in March.

Though the Buckeyes have only five losses to six for the Spartans and Scarlet Knights, COVID cancelations make tiebreakers a bit less cut-and-dry this season than in years past. Rutgers has played one more game than OSU to this point, so despite its extra loss, it trails by one 1/2 of a game in the standings and would leap the Buckeyes if they drop any of their remaining five games because of the head-to-head matchup, which went to Rutgers. Granted, Rutgers would need to win out, and still has road trips to Michigan and Indiana and home matchups with Wisconsin and Penn State left on the docket. Because they need an Ohio State loss, Rutgers does not control its own destiny.

For Michigan State, the path is similar, though it too needs a loss elsewhere to secure the fourth seed. The Spartans, 9-6, have five games remaining just like Ohio State, and trail by a full game in the standings. If they win out, including over Ohio State on March 3, they would need only one Rutgers loss to leap into the double-bye range, as Rutgers owns the head-to-head edge. MSU has road trips to Iowa, Michigan and OSU left on tap, with Purdue and Maryland coming to East Lansing.

Ohio State, meanwhile, does control its own fate. If it can topple Illinois and Maryland on the road before finishing out the year with home wins against Nebraska, MSU and Michigan, it would be able to skip the first two rounds of the tournament and begin play in the quarterfinals on March 11. Even with one loss, as long as it isn’t to Tom Izzo’s Spartans, Ohio State could still secure a spot if Rutgers loses at least once more.

Better seeding isn’t out of the realm of possibility for OSU either. If it wins its final five games, it would leap Illinois for the No. 3 seed as it gives it its fifth league loss, while claiming the tiebreaker in the process. Purdue and Wisconsin, which are tied atop the league with Illinois at 12-4, are set to play on March 1 in Madison. If the loser of that game also lost once more (Purdue plays MSU and Indiana, Wisconsin has Minnesota, Rutgers and Nebraska), Ohio State would claim the No. 2 seed, while it would need another loss from the loser and two losses from the winner to win the conference outright.