It’s ‘Twosday:’ Who Are The Best Players In Ohio State Football History To Wear No. 2? 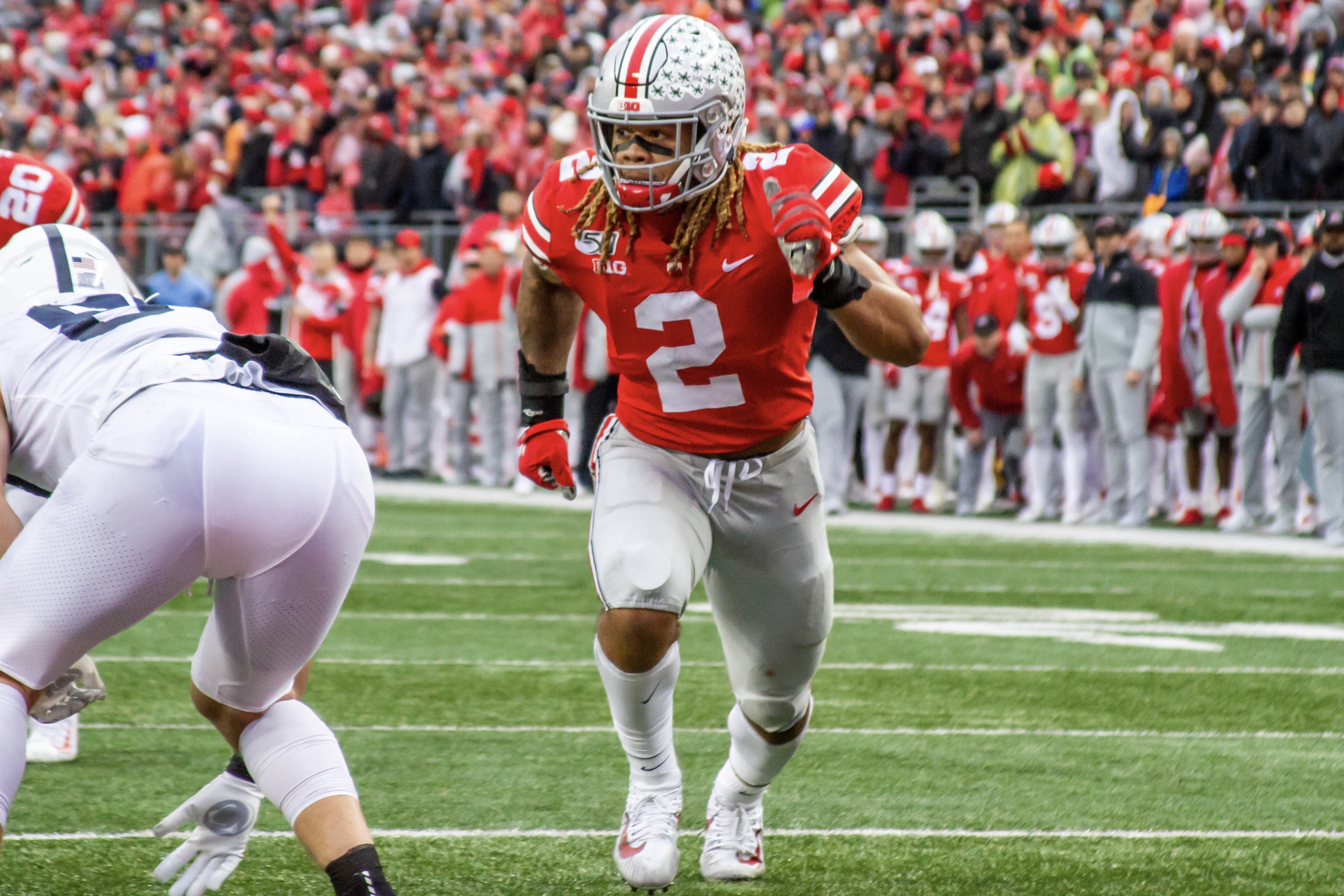 That’s a lot of two’s. Not only is it a palindrome because it reads the same forward and backward, but what makes it unique is that it will be the same no matter what part of the world a person is in, regardless of whether a country uses the day-month-year or year-month-day format.

The National Weather Service reports this so-called “Twosday” won’t happen again for another 400 years, in 2422. The ultimate palindrome will occur at 2:22 a.m. or p.m. today or at 22:22 military time.

Buckeye Sports Bulletin looks at the best Ohio State football players to wear No. 2 in the program’s 132-year history to celebrate the strange anomaly on the calendar. Twenty-eight Buckeyes have worn the number since 1934, starting with David Jones and ending with Chris Olave.

Cris Carter is one of the all-time great wide receivers in football. In his three years at Ohio State, he found individual and team success, becoming a two-time All-Big Ten receiver and All-American while winning two conference titles, a Citrus Bowl and a Cotton Bowl.

He was known for his exceptional route-running and next-level athleticism while wearing the scarlet and gray. The Troy, Ohio, native caught 164 passes for 2,725 yards and 27 touchdowns in 37 career games. He left Ohio State as the school’s all-time leader in career receptions, touchdown receptions and reception yardage.

Carter played 16 NFL seasons and was an eight-time Pro Bowl selection. He was one of only four NFL receivers with more than 1,000 career receptions and the Minnesota Vikings retired his No. 80 jersey after his career ended. Carter was a 2013 inductee of the Pro Football Hall of Fame in Canton, Ohio.

Mike Doss was a three-time All Big-Ten safety and three-time All-American when the world began a new millennium. He was a significant contributor to the 2002 national championship team that defeated the No. 1 Miami Hurricanes 31-24 in double overtime.

Doss collected 331 tackles in his four-year career. He wound up with 107 stops in his senior season — the second-best mark of any Buckeye in 2002. Doss made several critical plays that season, including a 35-yard interception return in the Fiesta Bowl that led to Ohio State’s first touchdown in the title game.

The Piscataway, N.J., native, was a starter in each season, excelling in man coverage because of his outstanding speed and quickness in man-to-man coverage. Jenkins presented a relentless intensity on the field and demanded the highest performance standards for his teammates.

Jenkins became a two-time Super Bowl champion and three-time Pro Bowler with the New Orleans Saints and Philadelphia Eagles. He finished his 13th NFL season with 79 tackles, three tackles for loss, one sack and one interception for the Saints.

Ohio State fans will likely always remember Terrelle Pryor for “Tattoo Gate,” a scandal where the NCAA punished five Buckeyes for selling memorabilia in exchange for tattoos. However, Pryor was a decorated quarterback who deserves recognition for his accomplishments.

Pryor went 3-0 against Michigan, defeated Oregon in the Rose Bowl and Arkansas in the Sugar Bowl. He swiftly rose to the Ohio State all-time rankings for total offense and quarterback rushing yards before his records were expunged. He left for the NFL Compensatory Draft, where the Oakland (now Las Vegas) Raiders selected him in the third round.

In his junior season, the Houston, Texas, native carried the ball 301 times for 2,003 yards and 21 touchdowns. He also added 23 catches for 247 yards and two touchdowns through the air.

Dobbins won three Big Ten titles and two bowl games during his three-year career, including the 2017 Cotton Bowl and the 2018 Rose Bowl. The Baltimore Ravens selected Dobbins with the 55th pick in the 2020 NFL Draft.

He rushed 134 times for 805 yards and nine scores in his rookie season. Unfortunately, Dobbins suffered a torn ACL the following preseason that caused him to miss the entire 2021-22 regular season.

Young was also named a finalist for the Walter Camp Award, Maxwell Award and the Heisman Trophy, becoming only the ninth defensive player since 1982 to be nominated for the latter.

The Upper Marlboro, Maryland, native finished his career at Ohio State with 30 1/2 sacks in three seasons, which ranks second all-time behind Mike Vrabel, who collected 36 in four years. The Washington Football Team (now Commanders) selected Young with the No. 2 overall pick in the 2020 NFL Draft. He won the Defensive Rookie of the Year award in his rookie season and ranked 61st on the NFL Top 100 Players of 2021 list.

Unfortunately, like Dobbins, Young suffered. a torn ACL during a Week 10 game against the Tampa Bay Buccaneers. He ended his sophomore season with 21 tackles, 1.5 sacks and two forced fumbles.

Chris Olave started his career on special teams. He burst onto the scene against Michigan, scoring two touchdowns as a freshman in The Game. After his breakout performance, Olave became a household name for Buckeye fans.

Olave declared for the NFL Draft after the 2021 season and will likely be a first-round pick. His exceptional route-running and impressive speed make him an attractive option for any professional franchise looking to take the top off of opposing defenses.