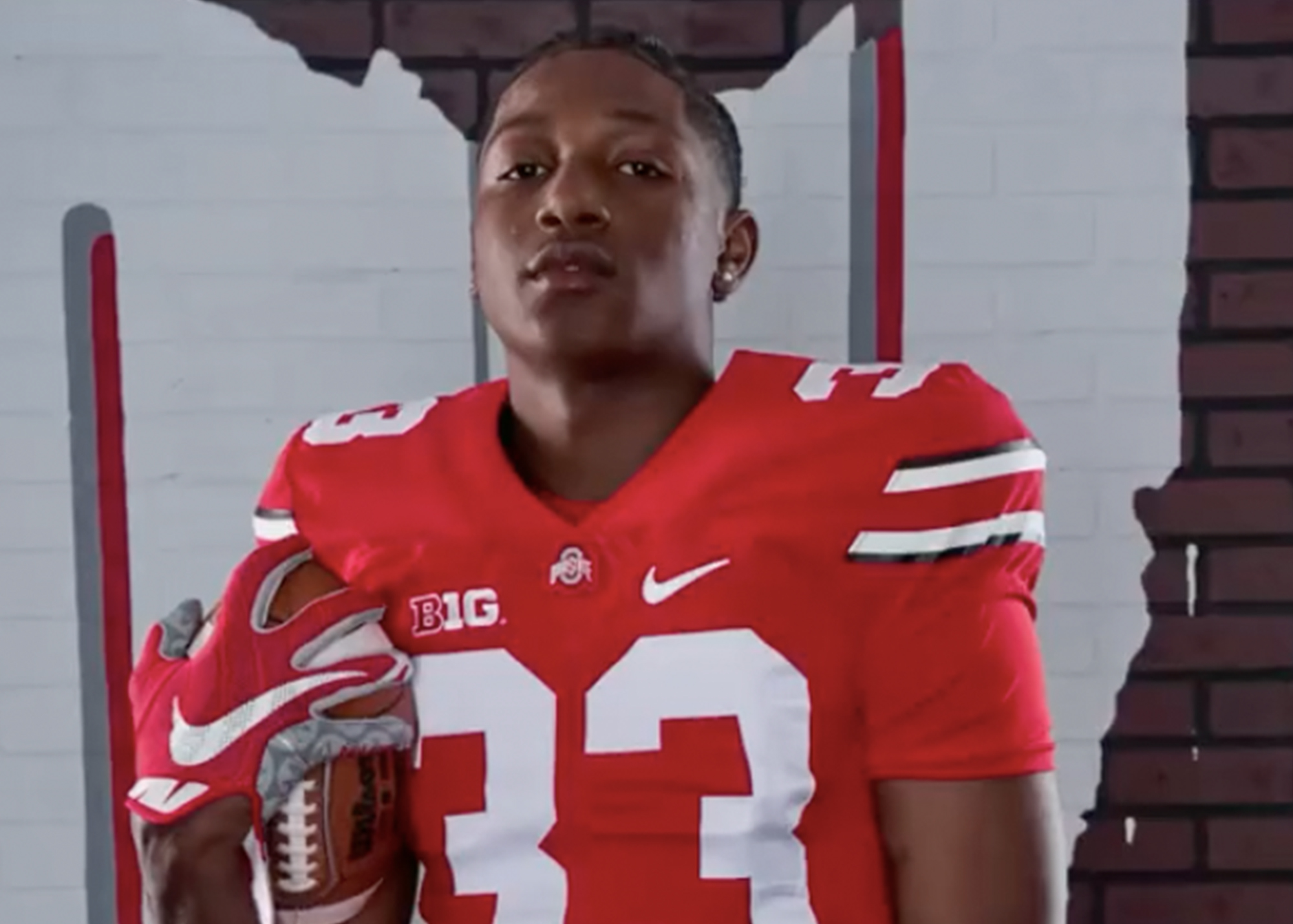 Ohio State might add another commit on Sunday when Fairburn (Ga.) Langston Hughes four-star Jelani Thurman announces his collegiate future. The Buckeyes are one of four schools in the running for the 6-6, 225-pound tight end, with the other programs being Alabama, Auburn and Michigan State.

Thurman took official visits to each of the four schools, with his trip to Ohio State from June 24-26. He would be the second tight end in the class of 2023 after the Buckeyes earned the commitment of Thompson’s Station (Tenn.) Independence four-star Ty Lockwood on Aug. 19, 2021.

According to 247Sports and MaxPreps, Thurman caught 31 passes for 479 yards and seven touchdowns in 2021. He was also credited with 61 tackles, five quarterback hurries and a sack on defense, earning an All-Region selection for his efforts.

Thurman’s father, Odell, was a linebacker for Georgia and a semifinalist for the Butkus Award in 2004. He earned All-SEC honors that season and was drafted by the Cincinnati Bengals in the second round of the 2005 NFL Draft. His mother, Kara Braxton, played basketball for the Bulldogs and spent time playing professionally in the WNBA and overseas.

“Thurman has great height and an elite frame with long arms and a large catch radius,” 247Sports analyst Gabe Brooks said. “He has taken snaps while flexed out, attached (to the offensive line) and as an H-back. He owns the body to stay personnel-flexible for the long run, and he generally catches the ball away from his body and shows above-average plucking ability. He will be dangerous in contested situations as a ball winner whose physical tools overwhelm defenders.”

THOMPSON HAS OHIO STATE IN HIS TOP FIVE

Thompson camped with the Buckeyes on June 1 and earned an offer from defensive line coach Larry Johnson. He took official visits to Pittsburgh, Cincinnati and Penn State this summer but hadn’t set a commitment date.

According to 247Sports, the 6-3, 245-pound lineman will be a Spartan in 2023. Stephen Brooks, Sean Scherer, Allen Trieu, Corey Robinson and Justin Thind set Crystal Ball predictions for Thompson to land at Michigan State. Brooks had the earliest prediction on April 18, while Robinson had the most recent on July 8.

Still, Matt Parker of Letterman Row reported on July 12 that Thompson plans to visit Ohio State this month and hopes to make his commitment decision “real soon.” As his recruitment winds down, the Buckeyes might have more chance than 247Sports and other experts believe.

RICKS PUTS BUCKEYES IN HIS TOP 10

The Buckeyes offered Ricks on March 29, and cornerbacks coach Tim Walton is expected to lead the recruiting push on behalf of the program. According to the 247Sports composite, Ricks is the No. 2 overall player in the class of 2024, directly behind Ohio State quarterback commit Dylan Raiola.