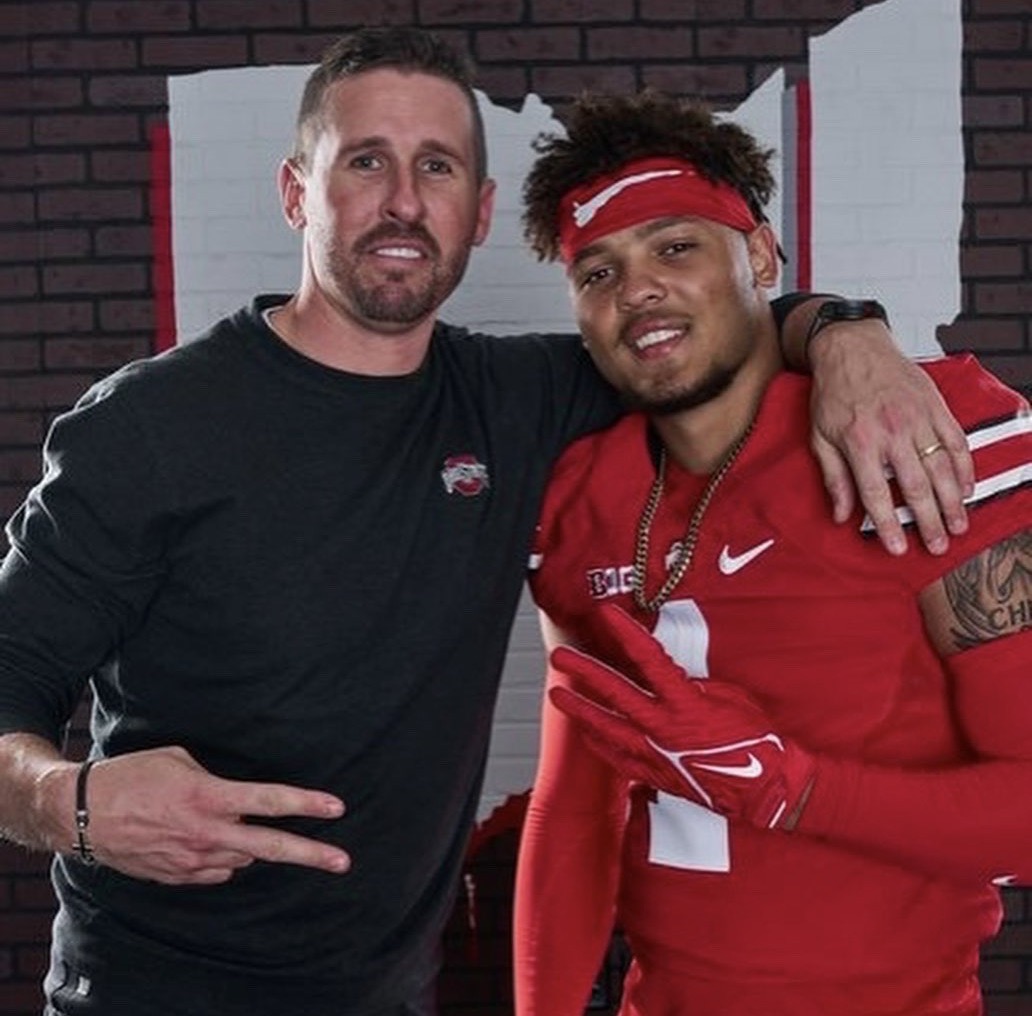 It’s June, and at Ohio State that means official visitors will be in and out of the Woody Hayes Athletic Center all month long.

The Buckeyes hosted several official visitors last weekend and set set to host at least 15 this weekend, including several committed and uncommitted prospects in 2023.

The top prospect that will be on campus this weekend is Fort Lauderdale (Fla.) American Heritage five-star wide receiver Brandon Inniss (6-0, 190), one of the nation’s top receivers and the No. 18 overall prospect in 2023.

Inniss has been a high-priority target for Ohio State at wide receiver along with Bradenton (Fla.) IMG Academy five-star Carnell Tate (6-2, 185).

Inniss, a former Oklahoma commit who decommitted from the Sooners in November, will be making his second trip to Columbus after an unofficial visit earlier this spring. He’s also made a stop this spring at Alabama for an official visit and has a top six of Alabama, LSU, Miami (Fla.), Ohio State, Texas A&M and USC.

As for someone that will throw the ball instead of catching it, Memphis (Tenn.) Lausanne Collegiate School four-star quarterback Brock Glenn (6-2, 195) will be making his first trip to Ohio State for an official visit.

Glenn’s visit to Columbus comes just 10 days after receiving an offer from the Buckeyes. He was widely predicted as a future Auburn commitment before his Ohio State offer, but it could now be between him and Dripping Springs, Texas, four-star quarterback Austin Novosad (6-3, 185), a Baylor commit who took an official visit to Ohio State last weekend, to see who joins the class first.

Ohio State already has two safeties committed in West Chester (Ohio) Lakota West four-star Malik Hartford (6-3, 175) and Cocoa, Fla., four-star Cedrick Hawkins (6-0, 175) and could look to take two (or even three) more if the situation is right, and much of that depends on how things shake out with Hoschton (Fa.) Mill Creek five-star Caleb Downs (6-0, 185), who will take an official visit next weekend.

At cornerback, the Buckeyes are looking to take three and have one committed in Tampa (Fla.) Wharton four-star Dijon Johnson (6-1, 190). Mathews has come on strong this summer, earning an offer earlier this month after camping with Ohio State, and he is now the No. 373 overall prospect in 2023, according to 247Sports, and the No. 32 cornerback in his class, according to On3 Sports.

Rogers is the No. 50 overall prospect and No. 9 wide receiver in 2023, and Ohio State is in a heated battle for the top prospect with several schools from his home state, including Clemson, NC State and North Carolina.

Other notable visitors for the weekend include four-star offensive tackle Oluwatosin Babalade (6-5, 296), Rome, Ga., four-star defensive lineman Stephiylan Green (6-4, 267), who is set to commit on June 22, and Waxahachie, Texas, four-star cornerback Calvin Simpson-Hunt (6-0, 175), who is committed to Texas Tech.