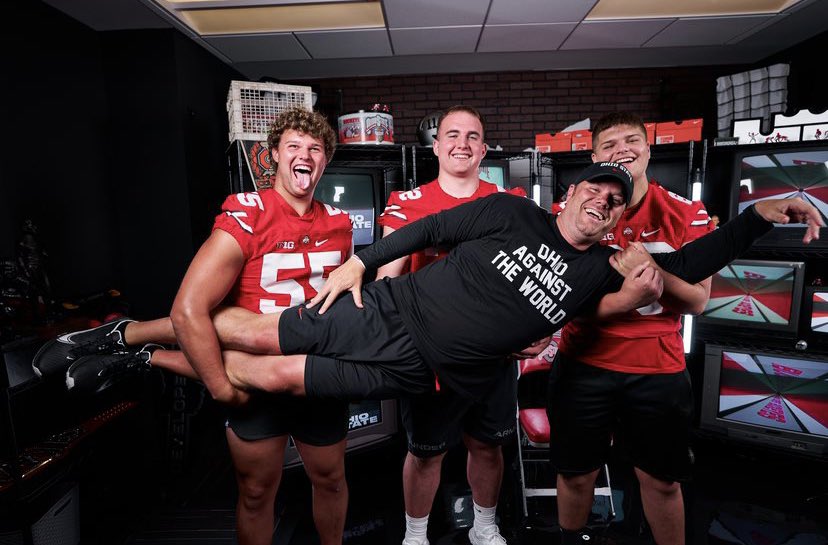 Ohio State’s latest offer out of the camp circuit went to a prospect in the 2025 class who is already committed to another school.

Bradenton (Fla.) IMG Academy wide receiver Winston Watkins Jr. (5-10, 172) is committed to Texas A&M but camped with the Buckeyes on Tuesday, earning an offer in the process.

Ohio State’s offer adds to an illustrious list for the Florida prospect, joining Florida, Florida State, Georgia Tennessee, Texas and Texas A&M as his notable offers. He does not hold an offer from Clemson, but he did recently attend a camp with the Tigers, where his cousin – current NFL receiver Sammy Watkins – played for three seasons from 2011-13.

Watkins has been committed to Texas A&M since December, then just the second member of the 2025 class to commit to a school. The Aggies were Watkins’ first Power Five offer following a camp session last summer.

He impressed during Ohio State’s recruiting camp on Tuesday, turning in one of the best individual performances and one of the day’s top plays.

Though Watkins is committed to Texas A&M, the finish line fr his recruitment is still years down the road, so keep an eye on the high-profile receiver as offers will likely continue to pour in throughout the camp circuit.

Camps provides Ohio State’s staff with the opportunity to see talent in the next several recruiting classes – and some of those prospects may even be committed to the school.

The offensive line group and Lockwood got the opportunity to work with offensive line coach Justin Frye, and while Smith was forced to sit out of Tuesday’s camp, he had already announced he plans on attending all of Ohio State’s one-day camps.

If posts on social media have been any indication, the committed players had a good time camping with the Buckeyes.