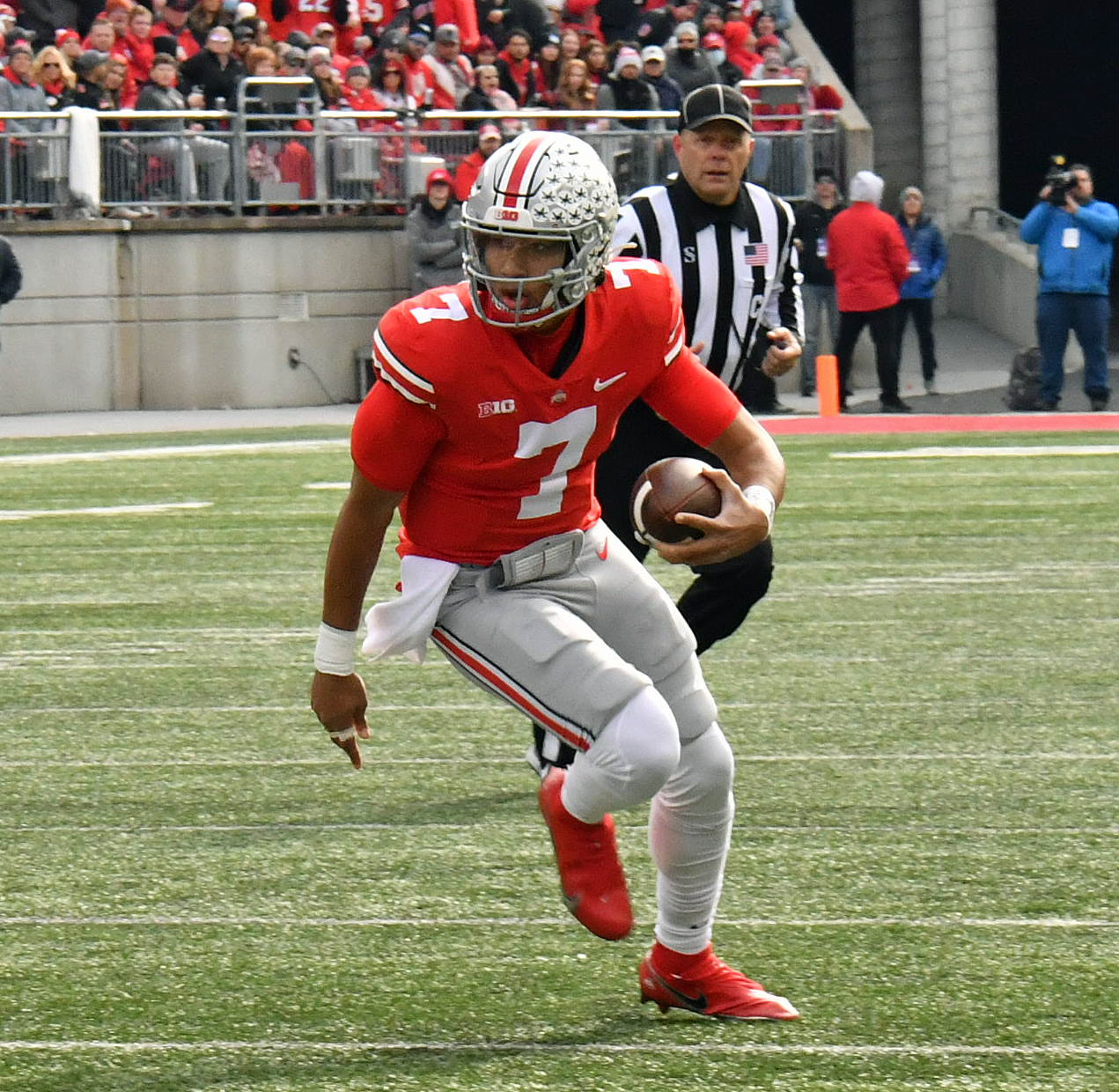 According to a report from The Columbus Dispatch, the rising sophomore has inked a name, image and likeness deal with Canton-based auto dealership Sarchione Auto Gallery. Initial reports indicated that Stroud would drive a pre-owned Bentley Bentayaga valued at $150,000, but an update from ABC6 reported that Stroud actually left with a Mercedes AMG G Wagon, valued at $200,000, and as part of the deal he will swap out different cars every 45-60 days.

In exchange for the new wheels, Stroud – who is represented by Athletes First, an athlete management firm – will promote the dealership on social media and make public appearances on behalf of Sarchione Auto Gallery.

“When you talk to people, whether it’s in the community or at the game, our brand awareness is what we’re building,” general manager Ryan Burton told The Dispatch, “so when you have the best-of-the-best promoting your brand, it only does good things.”

According to the report, the dealership has partnered with players from the Cleveland Browns, but Stroud is the first from Ohio State to sign a deal, though Burton said more Buckeyes could be on the way.

Though few numbers have been reported, it is assumed that Stroud is Ohio State’s biggest earner when it comes to NIL money. The school announced last week that the university’s student-athletes have reported 900 name, image and likeness deals totaling nearly $3.5 million since NIL’s introduction last summer. According to Ohio State, both numbers lead the country.

Stroud’s stock and marketability rose after a successful campaign in his first season as Ohio State’s starter, finishing with 4,435 passing yards and 44 touchdowns, leading to him being named a finalist for the Heisman Trophy. Given his finish as a finalist, Stroud – along with Alabama quarterback and defending Heisman winner Bryce Young – are among the favorites for this season’s Heisman winner.