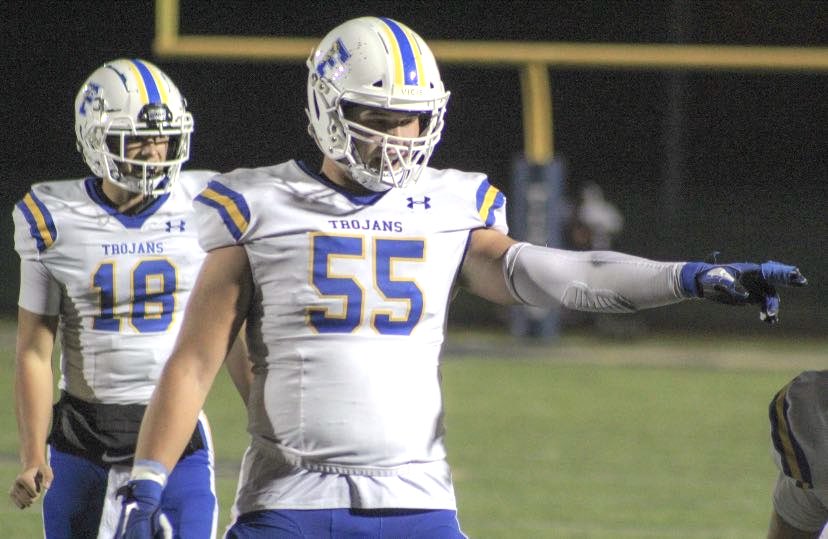 One of Ohio State’s top targets in 2023 has set a decision date, and the Buckeyes could look to add a key cog in its class. Findlay (Ohio) four-star offensive lineman Luke Montgomery announced Monday that he will commit on Feb. 17 at 3 p.m.

Montgomery will decide between his top schools of Clemson, Michigan, Notre Dame, Ohio State, Oklahoma and Penn State, though the Buckeyes, Fighting Irish and Wolverines are the only schools that appear to be under serious consideration.

Montgomery is ranked as the No. 62 overall prospect in 2023 and the No. 6 offensive tackle. At one point, his recruitment seemed down to Notre Dame and Ohio State, but with former Notre Dame defensive line coach Mike Elston leaving for the same position at Michigan, the Wolverines took one of the top spots previously held by the Fighting Irish.

Montgomery is the older brother of Findlay (Ohio) quarterback Ryan Montgomery, a 2025 quarterback that has already picked up offers from Michigan, Notre Dame, Penn State, Ohio State and Tennessee, among others.

Ohio State lost out on one of its top safety targets in 2023 as Bellflower (Calif.) St. John Bosco four-star R.J. Jones opting to stay home, committing to California on Feb. 4 following an official visit last weekend.

Jones is the No. 207 overall prospect in 2023 and the No. 19 safety in the class. Jones’ most recent list of top schools included Cal, Louisville, Michigan, Ohio State, Oregon, Oregon State and USC, though he weeks after releasing that list that he was evaluating due to coaching changes.