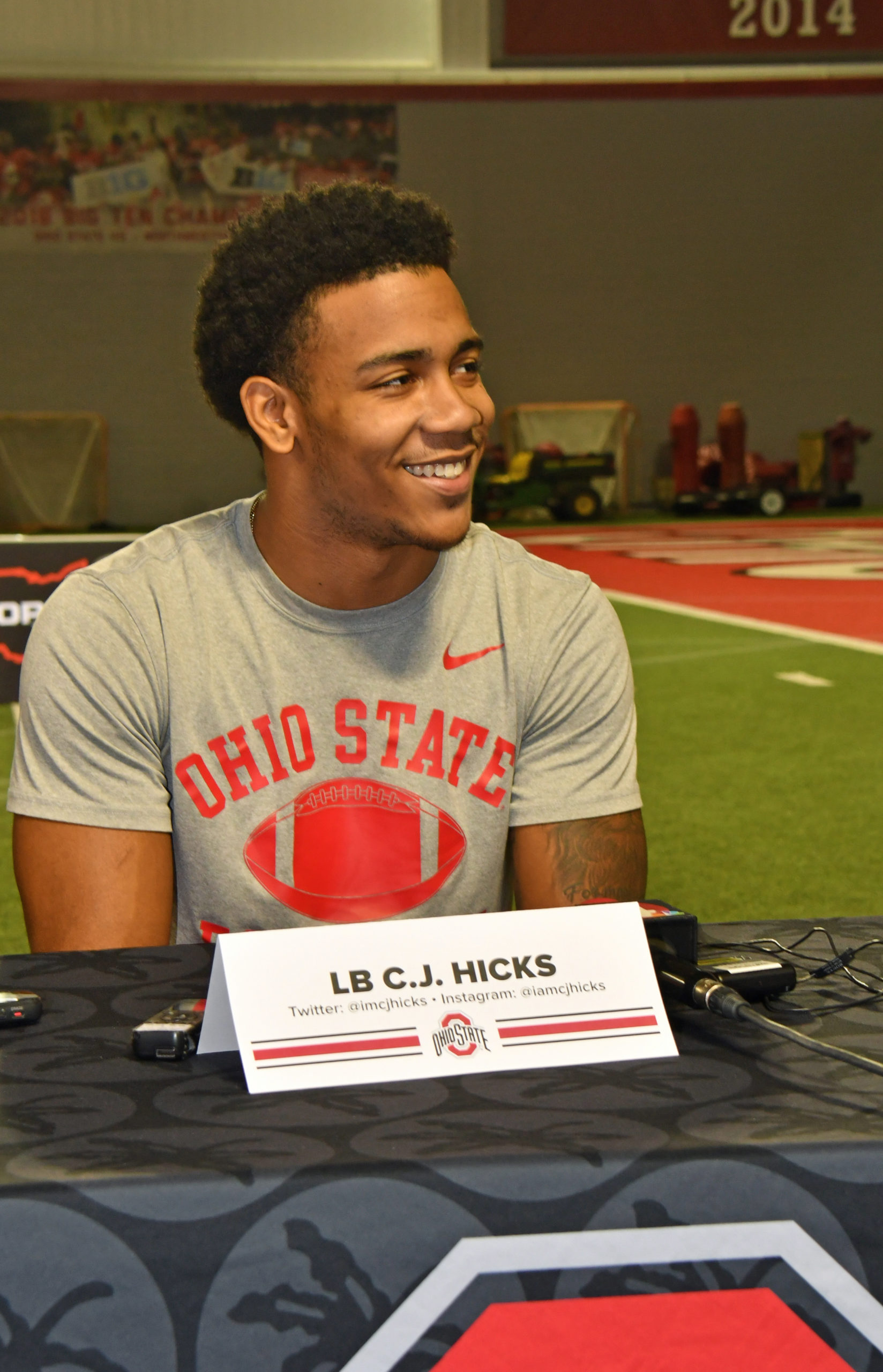 The Kettering native was one of Ohio State’s first commitments in the 2022 class, and in the year-and-a-half that spanned his commitment and eventual signing of his national letter of intent, Hicks was instrumental in bringing in other Buckeyes, reaching out to them to convince them to play for Ohio State.

He stood out as one of the voices of the class early on, and now that Hicks and 10 of his fellow early enrollees are on campus, he’s continuing to operate as a leader for the class.

“Since I’ve been here I’ve been trying to keep all the guys in check,” Hicks said. “Just making sure all of us communicate with each other, all of us just hang out with each other. That means going out and getting something to eat, coming here and getting some work in, no matter what it is. Offense or defense just coming here, staying together and becoming a family and part of the brotherhood.”

Hicks enters the program during a time of change, in which four new assistant coaches – including defensive coordinator Jim Knowles, who will be coaching the linebackers – are stepping into the Woody Hayes Athletic Center for the first time.

Even with these changes, the expectations are still the same for Hicks and the early enrollees, who are currently getting their first taste of strength and conditioning at Ohio State as they prepare for spring practice and the Spring Game on April 16.

“I try my best. I come in here and give 110 percent every day, show that – I’m not going to say it’s not hard, because obviously it is hard,” Hicks said. “It’s a big transition from high school to college. But show all the other guys that that are here and come in the summer – like, I was talking to Hero and Sonny, talking to them about the workouts this past weekend because they came up here. The guys that are already up here are just trying to set a good example just to fight.”

Hicks also acknowledged that while he feels like a leader in the class, the onus is not entirely on him, and that other early enrollees are up to the task.