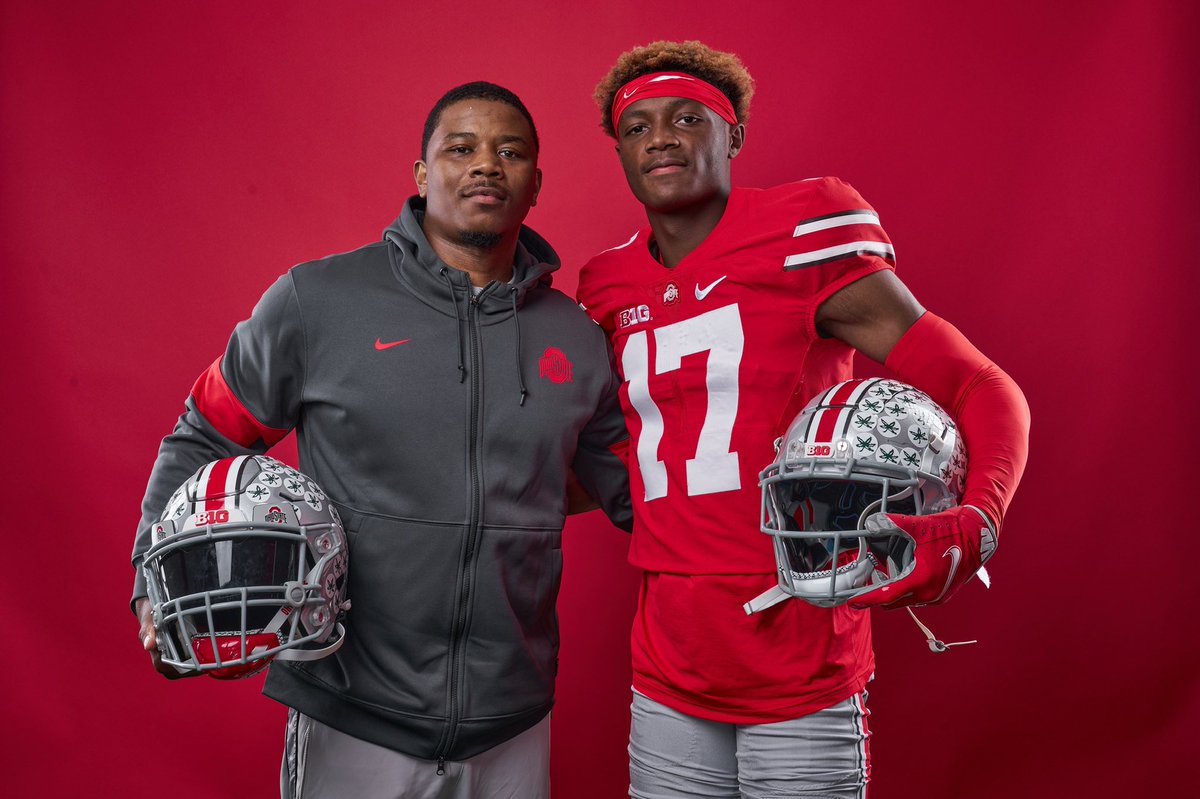 It has been a winding trail in the recruitment of Bradenton (Fla.) IMG Academy five-star wide receiver Carnell Tate (6-2, 185), but that road could reach its end within the next couple of weeks. Tate told On3 Sports this week that he is “very close” to announcing a decision and is looking for a videographer for his commitment video that should be “done and out” in the next couple of weeks.

He is the No. 28 overall prospect and No. 3 receiver in 2023 and has been one of Ohio State’s top targets in the class dating back to last summer’s camp circuit. After attending two recruiting camps last summer, Tate returned for two games at Ohio Stadium this past season and made an unofficial visit to the school the first week of April.

Ohio State was long viewed as the leader for Tate, but pushes from LSU, Notre Dame and Tennessee – his other top schools, as he told On3 Sports that Georgia is likely out of the race – have thrown a wrench in his recruitment for the Buckeyes, and now few have a solid grasp on where the Florida prospect may end up. 247Sports’ Crystal Ball predictions favor Ohio State, while On3 Sports’ Recruiting Prediction Machine gives Tennessee the edge over Ohio State.

As it stands, Tate has only taken official visits to Tennessee (April 8) and LSU (April 22), and has not returned to Ohio State since his unofficial trip in early April.

A commitment from Tate would signal that another special class is in store for Ohio State wide receivers coach Brian Hartline, who already has one receiver commitment in Zephyrhills (Fla.) Wiregrass Ranch four-star Bryson Rodgers (6-2, 170) and appears to be in prime position for Fort Lauderdale (Fla.) American Heritage five-star Brandon Inniss (6-0, 190) and Rolesville, N.C., four-star Noah Rogers (6-2, 180).

Robinson is the No. 9 overall prospect in his class and the No. 2 cornerback recruit, trailing only five-star Desmond Ricks (6-1, 170), a fellow IMG Academy teammate who is the top prospect in the country.

Robinson was offered by Ohio State in October and has yet to make a visit to the school. He is just one of five cornerbacks in the 2024 class offered by Ohio State, joining Ricks, Sarasota (Fla.) Riverview five-star Charles Lester III (6-1, 171), Bellflower (Calif.) St. John Bosco four-star Marcelles Williams (5-11, 170) and Upper Marlboro (Md.) Charles Herbert Flowers four-star Braydon Lee (6-1, 163).