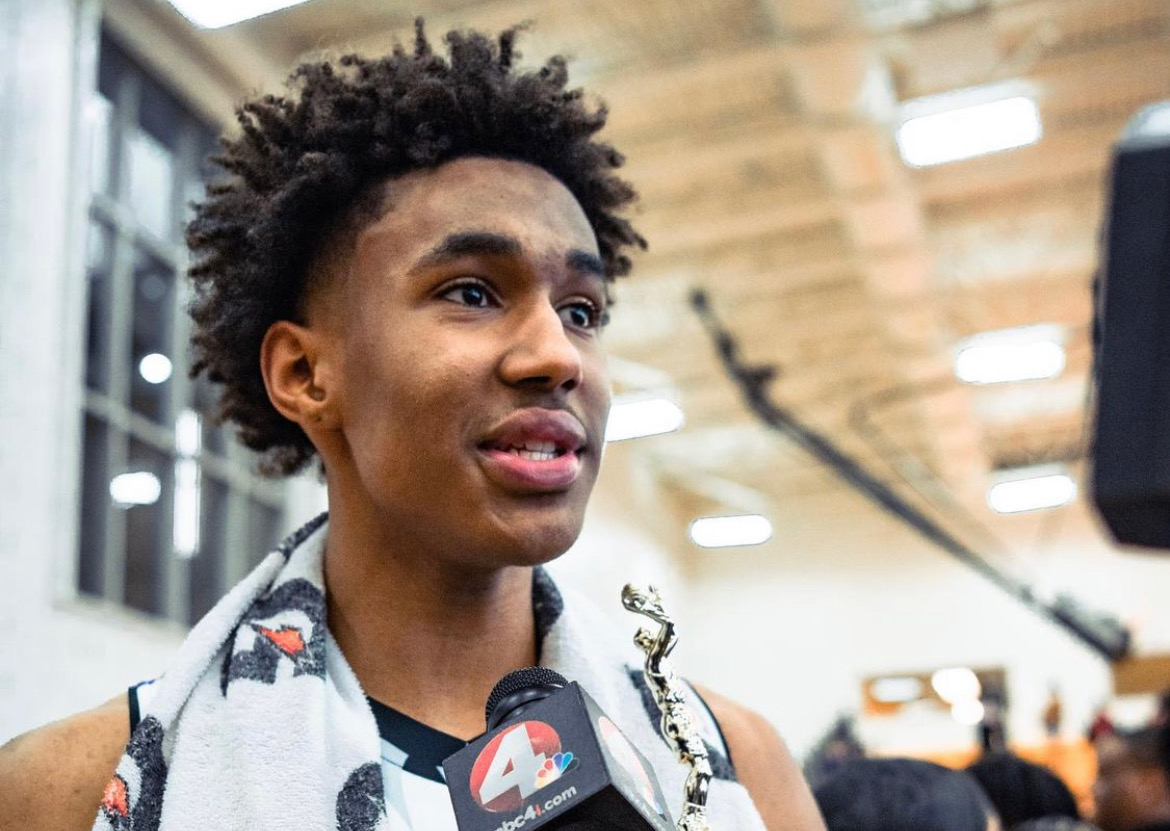 After Columbus Africentric wrapped up its first win at Ohio State’s high school basketball team camp, Buckeyes’ head coach Chris Holtmann made sure to meet with one player on the sidelines: 2023 small forward target Dailyn Swain.

Despite the Buckeyes’ ever-increasing interest in Swain, Holtmann’s conversation with the Africentric star didn’t last long. However, that didn’t alter the significance of the meeting. Swain said the Ohio State lead man offered pointers for where he can improve as a senior in high school, even suggesting a position change in his final year.

“He mentioned that he can see some point guard in my future,” Swain said.

Swain said that’s how he learned to play the game — with the basketball in his hands, leading the offense from above the three-point line. Swain, who holds offers from Ohio State, Arizona State, Cincinnati, Cleveland State, Kansas State and others, was a playmaker at guard before hitting a significant growth spurt before high school.

His ball-handling and somewhat limitless range, combined with his superior height, provide him with a unique skill set, allowing him to play all five positions for Africentric. That versatility makes him one of the most sought-after prospects in the 2023 class, and it’s precisely why Ohio State wants him as its next signee.

“If I have a small guard on me, I can shoot over them or put them in the post,” Swain said. “If there’s a big guy on me, I’m going to go by him, and he’s usually going to be too slow to stay in front because I have guard skills.”

Swain put his offensive and defensive arsenal on display against Reynoldsburg (Ohio) High School on Thursday. He brought the ball up and down the court, stretched the floor with a lights-out three-point shot and cemented the paint on defense. His size and length were a significant problem for the Raiders, who seemingly didn’t have an answer for him.

That performance was in front of Holtmann, with whom Swain said he shares an excellent relationship.

“We have a good relationship,” Swain said. “He always stays in the mix, checks up on me, sees my progress. He tells me what he thinks, what he sees in my game and what I can do.”

Ohio State assistant coach Jake Owens also watched Swain perform on Thursday. Swain said Owens is his primary contact when the Buckeyes communicate with him, and he appreciates Owens’ guidance in every basketball season, including his time in AAU and at Africentric.

“The program, the coaching staff — they tell you a vision they have for you,” Swain said. “They don’t let you think whatever you want to think. They tell you what it is and what you need to know.”

Swain is interested in Ohio State, but he’s keeping his options open during the final year of his recruitment. As a Columbus native, the Buckeyes can more easily use their resources to keep Swain interested. Still, other schools can and will come asking for Swain to play his collegiate seasons at their institutions.

To no fault of Holtmann and his staff, Ohio State is not the frontrunner to land the top recruit. Swain says that’s because he’s taking his time and seeing what Division I schools might come knocking.