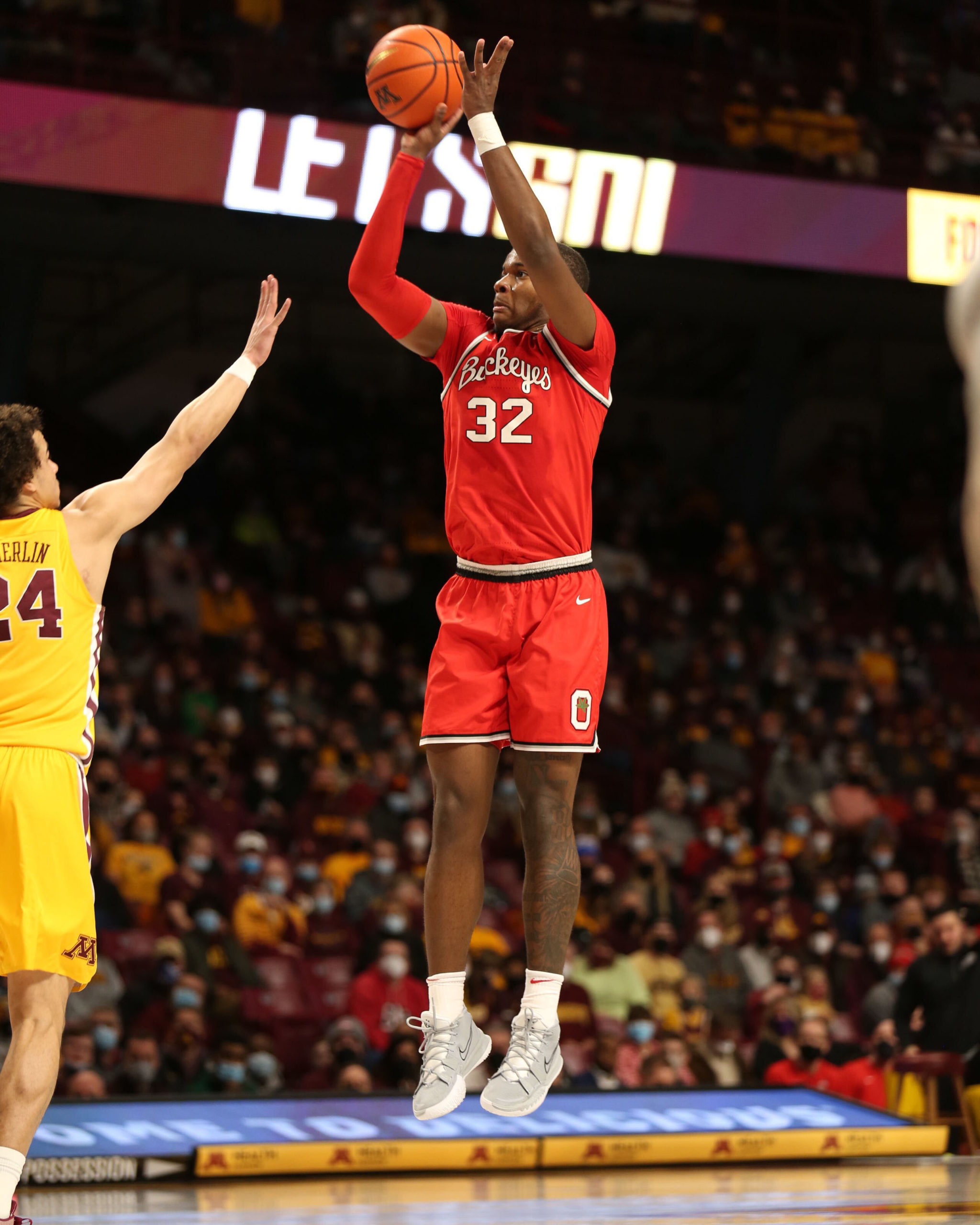 Ohio State’s chances of claiming the Big Ten men’s basketball regular season title — or at least a share of it — just got better. After the Buckeyes upset Illinois on the road on Thursday, giving the Illini their fifth loss of the season and drawing the two even in the Big Ten standings, only two four-loss teams remained atop the league: Purdue and Wisconsin.

The Badgers have Rutgers to face off with tonight, which serves as the last major domino that the Buckeyes need to fall for their long shot at the league crown to become suddenly very clear. They can thank Michigan State for that, as the Spartans rattled in a last-second 3-pointer to upend the Boilermakers earlier today, giving them their fifth league loss to pull them into the second-place tie with Illinois and OSU.

Purdue would need another loss for Ohio State to clear it because of the head-to-head tiebreaker in Purdue’s favor, but that’s where a Rutgers victory over Wisconsin tonight would prove important. The Badgers and Boilermakers still have a matchup slated for March 1, and if Wisconsin loses tonight and beats Purdue, Ohio State would suddenly have a head-to-head split with the league’s top team, and an identical record.

According to the Bart Torvik league odds, the Buckeyes’ chances of sharing in the league title have leaped more than 10 percentage points in the last two days, from 4.1 percent on Feb. 24 to 15.0 percent on Feb. 26. Their odds of a top-four seed (and a double-bye) have jumped too, up from just below 90 percent to 97.8 percent. Even if they drop one of their final four games, they would still earn a double-bye.

Ohio State has not claimed a league title since 2012.