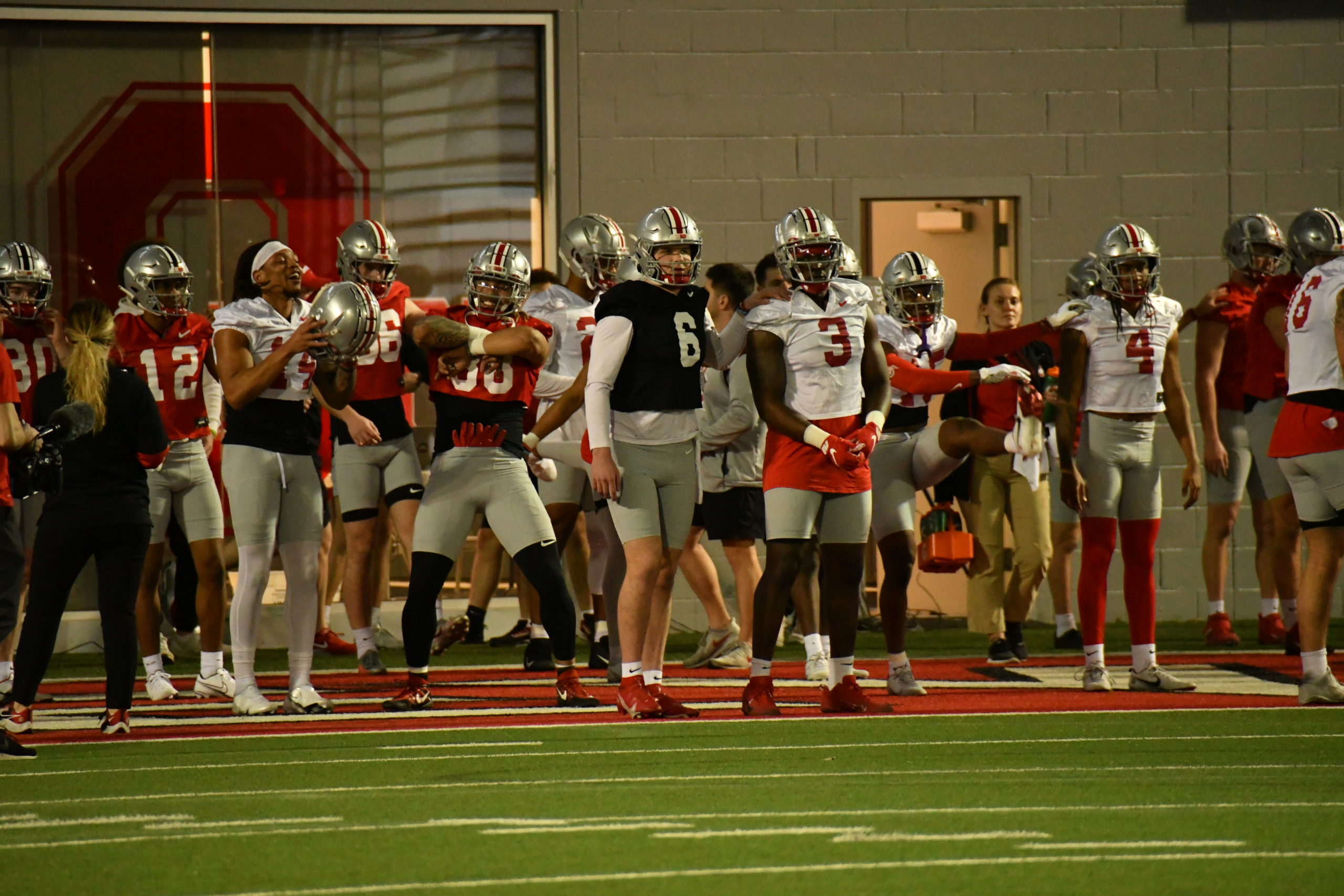 Ohio State opened its doors to the media for about 30 minutes of practice on March 8, and though a decent portion of that time was spent stretching, the eagle-eyed crew at Buckeye Sports Bulletin was able to glean enough to piece together a quick practice report, organized by position.