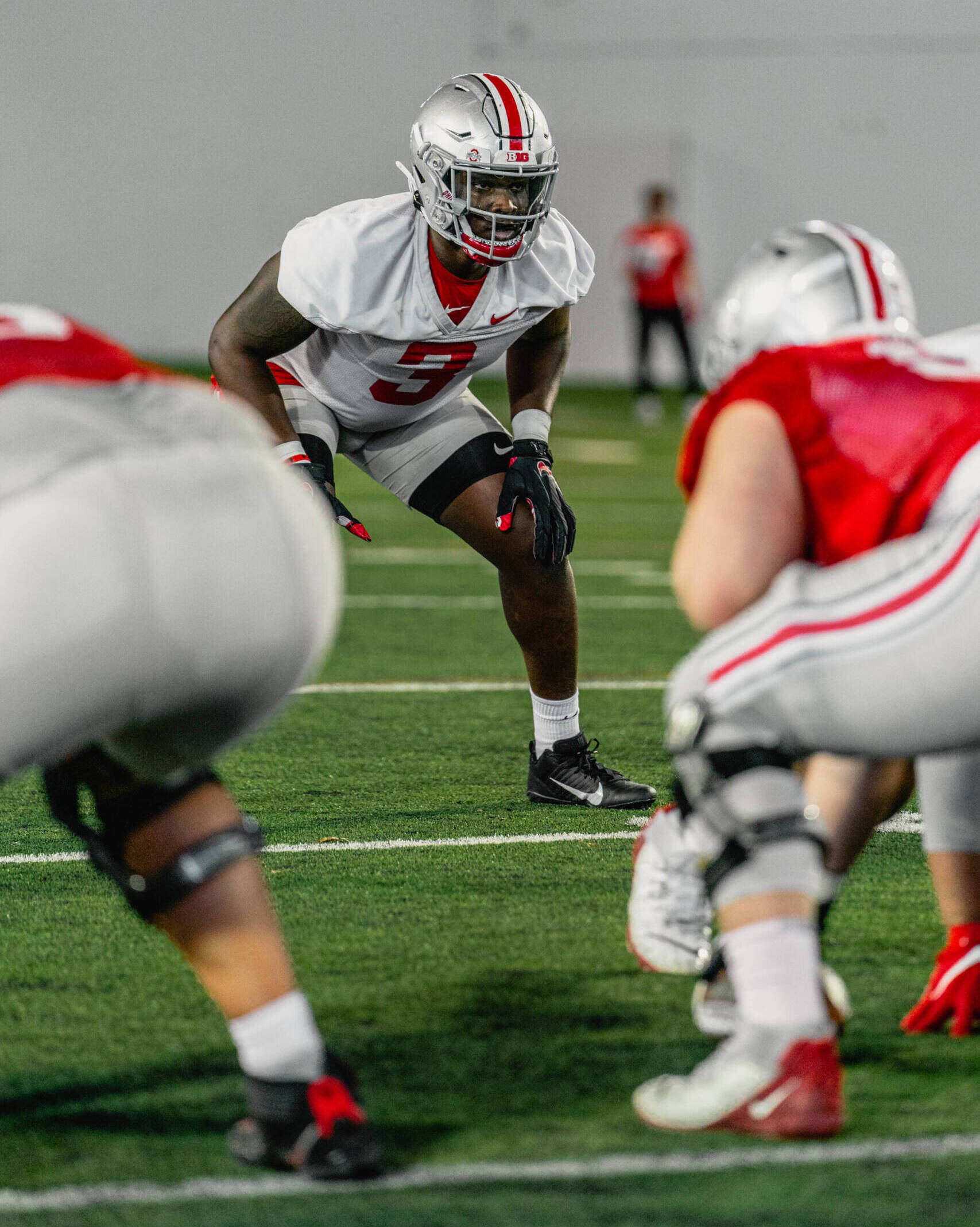 Media was permitted to watch about 25 minutes of Ohio State’s practice on Monday, featuring a few individual drills, stretching lines, a passing skeleton drill and then a brief look at something approximating a full-team scrimmage for about four minutes. Here’s our brief practice report, featuring just about everything that there was to see at the Woody Hayes Athletic Center.