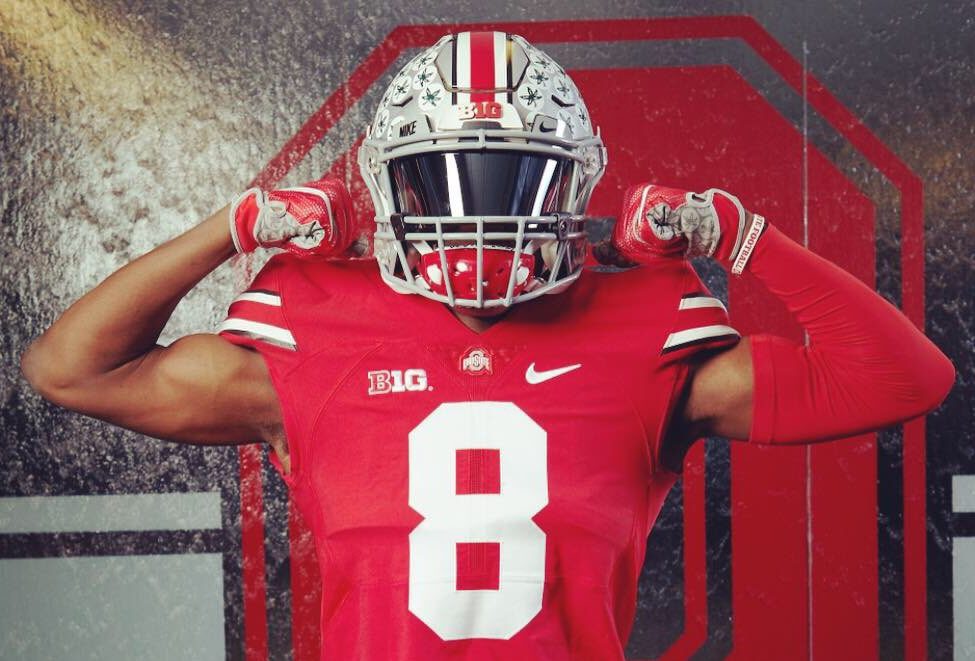 Philadelphia St. Joseph’s Prep four-star wide receiver Marvin Harrison officially ended his recruitment when he signed with Ohio State during the first day of the Early Signing Period on Wednesday.

The 6-3, 190-pound Harrison is considered the 15th-best wide receiver and No. 91 prospect overall in the class of 2021, as he caught 144 passes for 2,624 yards and 37 touchdowns (both of which are city records) to lead the Hawks to three straight state titles. He is the son of the Pro Football Hall of Fame wide receiver with the same name.

Harrison’s pledge in Oct. 2019 came as no surprise after the Buckeyes landed a commitment six months earlier from his teammate, five-star quarterback Kyle McCord. The two made a pair of trips to Columbus together, including for the annual spring game that April. That connection will now continue in college.