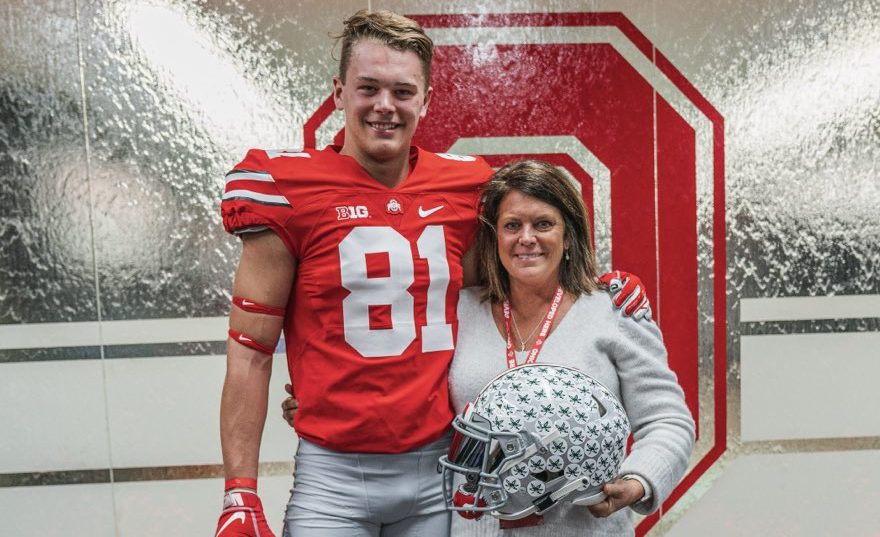 Aurora (Colo.) Cherokee Trail three-star tight end Sam Hart officially ended his recruitment when he signed with Ohio State during the first day of the Early Signing Period on Wednesday.

The 6-5, 225-pound Hart – who is considered the 15th-best tight end and No. 389 prospect overall in the class of 2021 – landed an offer from running backs coach/area recruiter Tony Alford in May 2019 and then worked with offensive coordinator/tight ends coach at a one-day camp in Columbus the following month. He returned to campus for the win over Penn State in November, a visit that moved the Buckeyes to the forefront of his recruitment.

Hart – who committed to Ohio State in December 2019 over finalists LSU, Notre Dame – comes from a football family. His father played center at Minnesota, while his brother Nick played linebacker for the Golden Gophers. His other brother, Alex, played linebacker at New Mexico State, as well.

The Buckeyes originally planned to take two tight ends this cycle, but Hart is the only commit at the position. Instead, they have two pledges for 2022 in Pilot Mountain (N.C.) East Surry four-star Benji Gosnell and Allatoona (Ga.) Acworth three-star Bennett Christian.