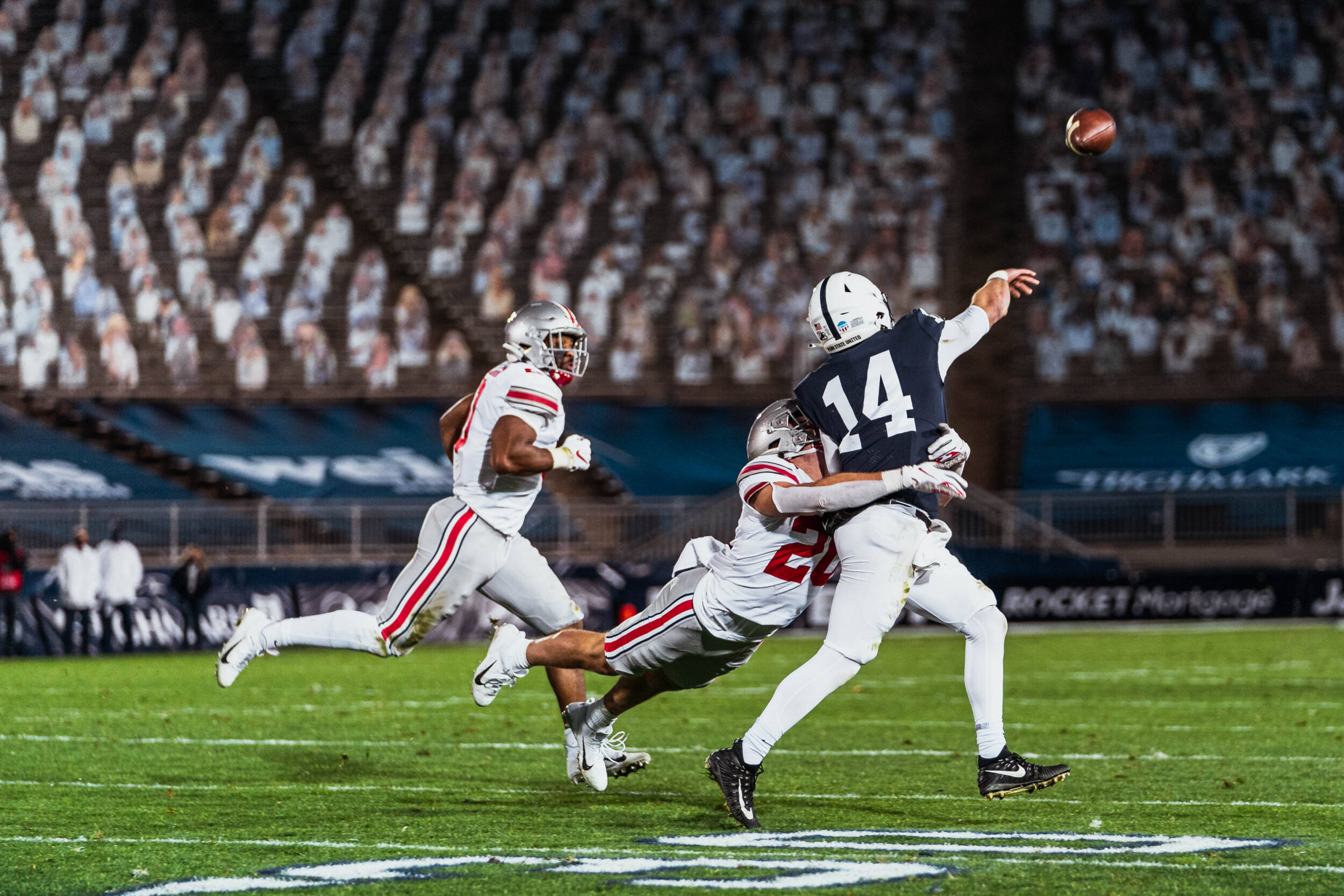 Ohio State is going to get a fully operational Penn State offense, at least if head coach James Franklin is to be believed. The Penn State head man told media that he expects starting quarterback Sean Clifford to be fully healthy against the Buckeyes, after he was knocked out of Penn State’s loss to Iowa on Oct. 9, and played at less-than-full-strength in the Nittany Lion loss to Illinois on Oct. 23.

“Last week, we weren’t sure,” Franklin said Tuesday. “We were trying to see where he was going to be. Sean’s much further ahead now to be in back to 100 percent, so that’s a positive.”

Crucially, Franklin also anticipates full mobility for his quarterback – a big part of Clifford’s game that was all but erased against the Fighting Illini.

“That’s a big part of Sean and what his game is, his ability to extend plays,” Franklin said. “He was limited, obviously in what he could do (against Illinois). And we tried to limit it as much as we could as well. Obviously, that was the challenge when you’ve got a guy like Sean and that’s a big part of what he does and how he plays. That being limited obviously impacted him and us.”

In his injured state, Clifford was less than effective against Illinois. He completed only 55.9 percent of his passes, gaining 165 yards and a touchdown while rushing just five times for minus-28 yards, his lowest of the season by far. He confirmed what his head coach was thinking on Wednesday, echoing the 100 percent idea.

“I really truly believe that I will be at 100 percent by the end of the week,” Clifford said Wednesday. “I’m working really hard, doing everything possible to get my body right. Obviously, that will help the team in the end. I’m doing everything I can to put the best product on the field.”