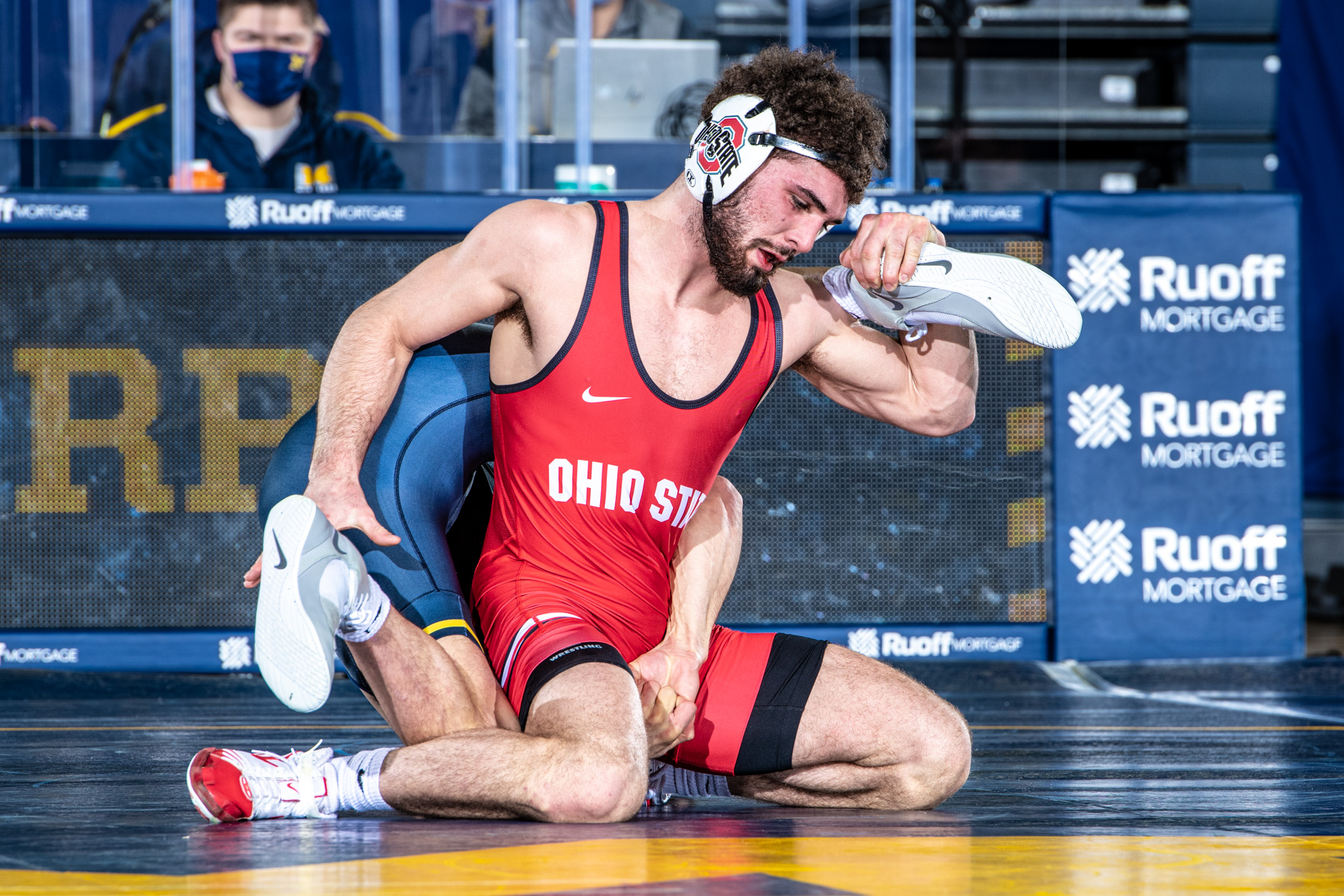 Ohio State wrestling will compete on the Big Ten Network four times this season, the conference announced on Thursday morning.

The Buckeyes’ first nationally televised matchup comes when they host Michigan in the Covelli Center on Jan. 14 at 7 p.m. The team’s next dual on the silver screen will be against defending Big Ten and national champion Iowa on Jan. 21 at 8 p.m.

Ohio State faced both teams last season, looking better against the former than the latter.

The Buckeyes traveled to West Lafayette, Ind., to compete in a tri-meet with Iowa and Purdue on Feb. 7. After claiming a 23-12 win over the Boilermakers, the Ohio State wrestlers struggled in their 10 matches against the Hawkeyes, losing the dual 33-14.

Five days later, Ohio State hit the road again, heading to Ann Arbor, Mich. to face the Wolverines. In a Friday night primetime matchup, the Buckeyes went down to the wire with their rivals from up north, with the final match between Elijah Cleary and Michigan’s Will Lewan deciding which team would win the dual. Lewan won the match on riding time after the second set of tiebreaker periods, and the Wolverines ground out an 18-16 win.

Ohio State’s third televised dual is a road match with Penn State on Feb. 4 at 7 p.m. in the Bryce Jordan Center. Finally, Minnesota will host the Buckeyes on Feb. 11, with a start time set for 9 p.m.

Last season, Ohio State faced Penn State in the Covelli Center. The Nittany Lions came to Columbus with strength and toughness that went unreciprocated from the Buckeyes, which led the team to a dominant 28-12 win. Only Malik Heinselman, Sammy Sasso and Ethan Smith won their matches, while the rest of Ohio State’s wrestlers lost convincingly to their opponents.

The last time Ohio State squared off with Minnesota was in January 2020, with the Buckeyes winning the dual, 22-13. However, the Golden Gophers improved significantly last year — primarily due to Gable Stevenson, who competed in Tokyo for Team USA over the summer — and will continue to get better this season.

Wrestle-offs to determine the 2021-22 lineup are scheduled for 8 p.m. tonight at the Covelli Center. Admission is free.