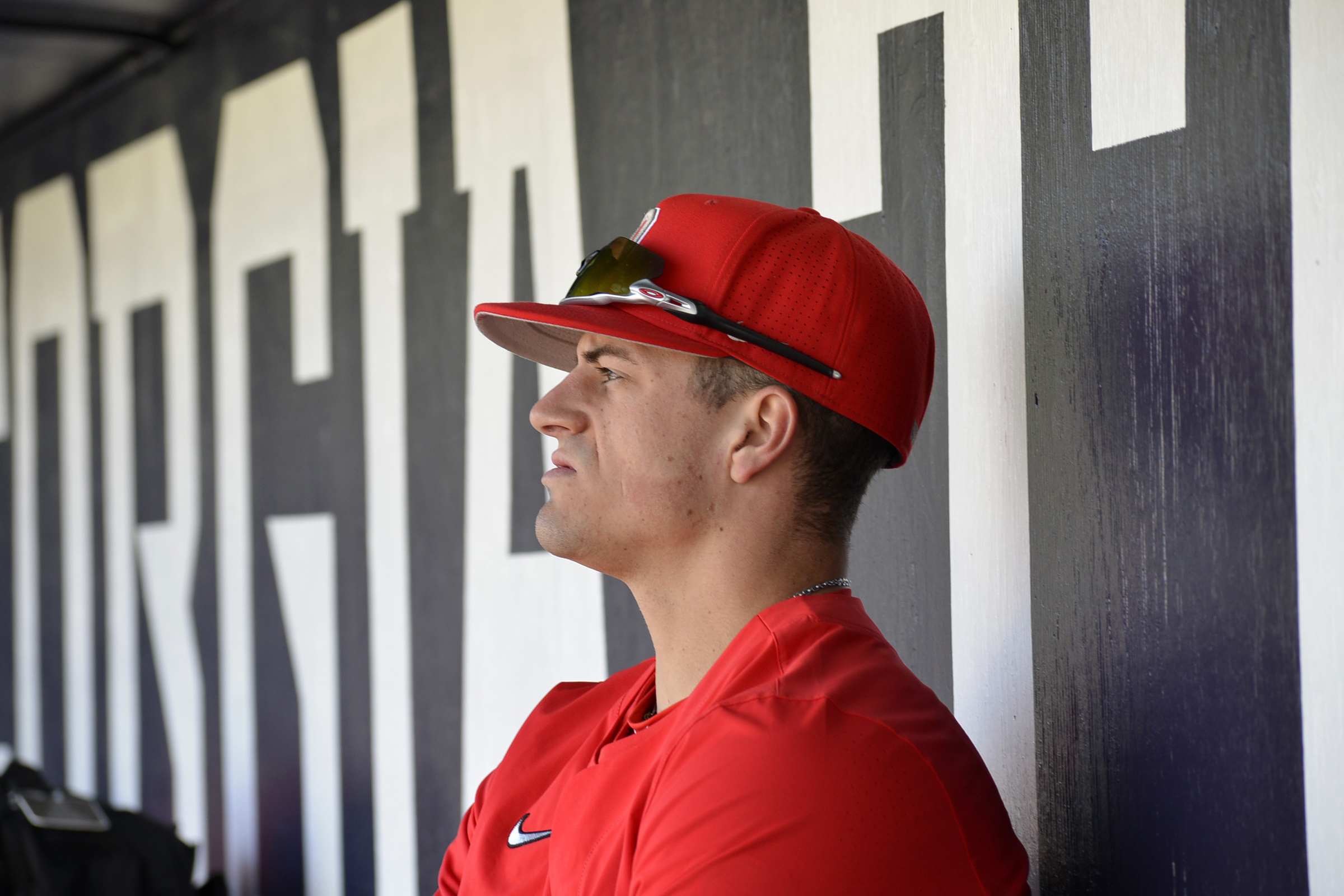 Ohio State had two of its starting pitchers selected on day two of the 2021 MLB Entry Draft, as Seth Lonsway and Garrett Burhenn both heard their names called and will be heading out to the professional ranks, ending their Buckeye careers.

Lonsway was the first Buckeye off the board, as he was selected by the San Francisco Giants in the sixth round with the 176th overall pick. Despite an up-and-down 2020 campaign that saw Lonsway struggle with his walk rate and control, his best performances and an elite curveball earned him a nod on both the All-Big Ten third-team and in this draft. If he does opt to go pro, as expected, he’ll end his Ohio State career with a 12-11 record and a 3.89 ERA in 33 starts. He went 3-5 in 2021 with a team-high 98 strikeouts.

“Seth Lonsway has an elite curveball, one of the better breaking balls in the draft,” OSU coach Greg Beals said in a statement. “Scouts are aware of Seth’s ability with that breaking ball which should allow him to pitch in the big leagues. He has major league stuff.  He works tirelessly on his craft and the quicker his fastball evolves and he commands his fastball, you’ll see Seth Lonsway in the big leagues. I have no doubt about that.”

Burhenn came off the board three rounds later, when the Tigers selected him with the No. 255 pick in the ninth round, giving them their third Buckeye pick in as many years after grabbing Burhenn’s former catcher, Dillon Dingler, in the second round of the 2020 draft and pitcher Andrew Magno at Round 15, Pick 442 in 2019. Burhenn was the most stable pitcher in the Buckeye rotation for several years running and was, like Lonsway, selected to the All-Big Ten third-team in 2021. He finishes his Ohio State career with a 15-8 record, a 4.34 ERA and 189 strikeouts to just 62 walks.

“Garrett Burhenn is steady Eddy and maybe one of the better starters in the Midwest,” said Beals. “He just takes the ball and gives his team a chance to win every game. He is in absolute control of himself all week long and when I say that, his preparation is top-notch. His awareness of who he is and how he pitches successfully is at an extremely high level. He has command of four pitches which pro teams are going to like as a future starter. Garrett’s a guy that the scouts believe can be a starter in the big leagues for a long time.”