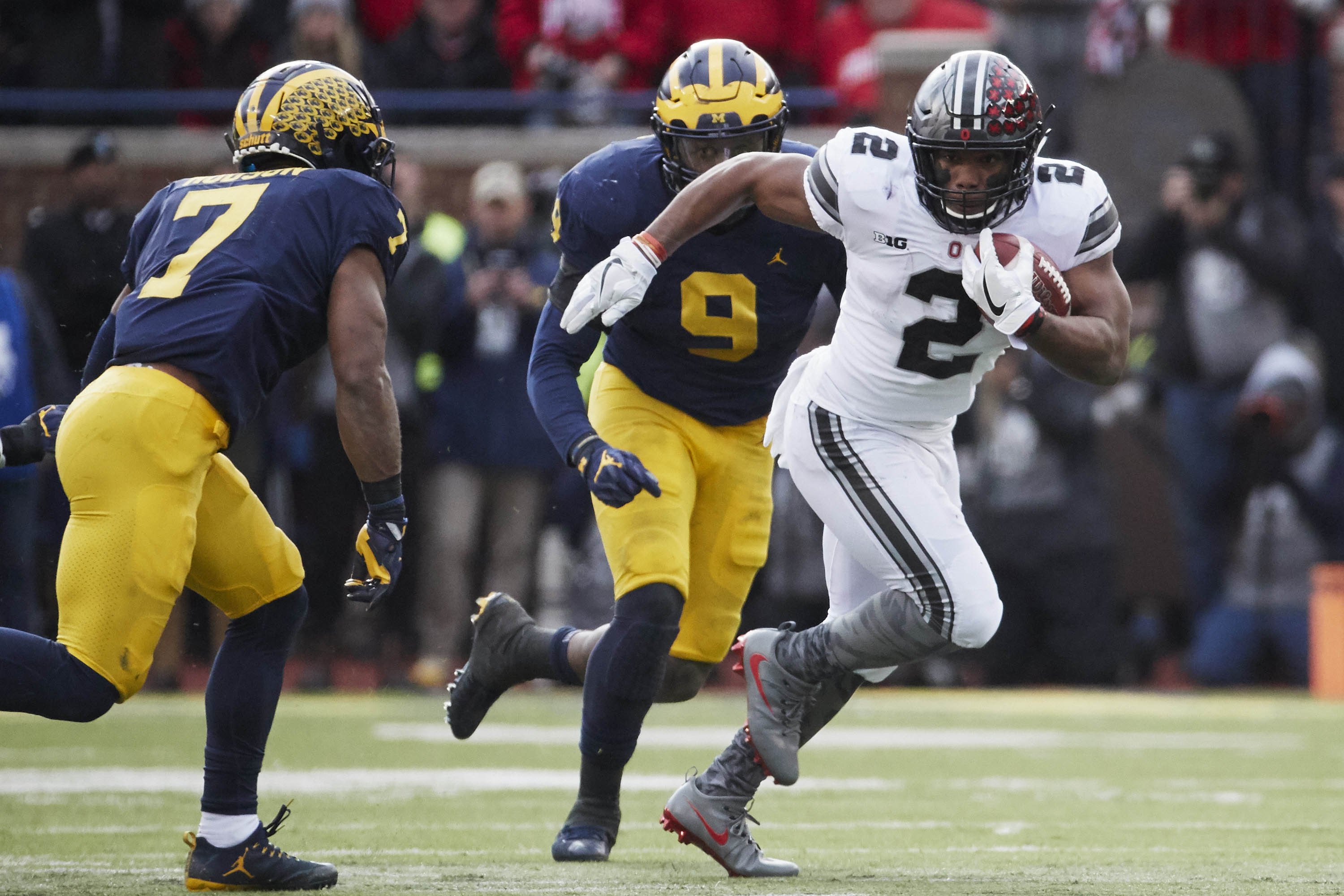 Nick Bosa edged J.K. Dobbins by one preseason honor Monday when the junior defensive end appeared on watch lists for the Maxwell Award and Bednarik Award, but the sophomore running back pulled even with his teammate two days later.

After he and Bosa were both considered among the early candidates for the Maxwell Award, Dobbins received another nomination Wednesday for the Doak Walker Award, which annually recognizes the best running back in college football.

Dobbins, who took 194 totes for 1,403 yards and seven touchdowns as a freshman in 2017, highlights six other Big Ten players on the 62-member list.

The PwC SMU Athletic Forum, which announced the 2018 Doak Walker Award candidates, next releases 10 semifinalists in November and then trims down to three finalists on Nov. 20.

The winner of the award, which is in its 29th year, will be unveiled Dec. 6 at the Home Depot College Football Awards on ESPN.