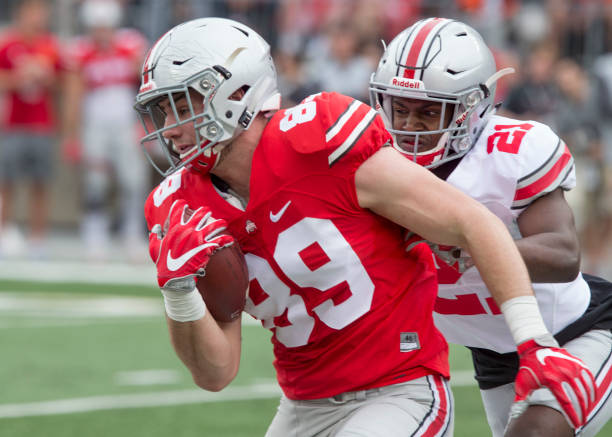 A portion of Ohio State’s fourth practice of fall camp, set for Tuesday morning, will be open to the media, a team spokesperson announced Monday afternoon in a press release. The first three practices were closed and all interviews were cancelled amid a university investigation regarding head coach Urban Meyer.

For the time being, the Buckeyes are practicing under the direction of acting head coach Ryan Day, who is the team’s offensive coordinator and quarterbacks coach.

While the investigation regarding Meyer’s handling of a 2015 domestic abuse allegation against then-assistant coach Zach Smith is ongoing, there will not be any interview opportunities with coaches or student-athletes “until further notice,” the release said.

“We are unable to comment on the details of the investigation into Coach Meyer being directed by the independent working group of the Board of Trustees,” the release read. “The university i committed to supporting our student-athles as they prepare for the upcoming semester.”

The team practiced on Friday, Saturday and Sunday before a scheduled off day on Monday. Tuesday’s session will a run of five straight practice days. In total, Ohio State is set to hold 25 practices before the regular season begins at home against Oregon State on Sept. 1.

BSB will provide photos, updates and observations after the open portion of practice Tuesday morning.