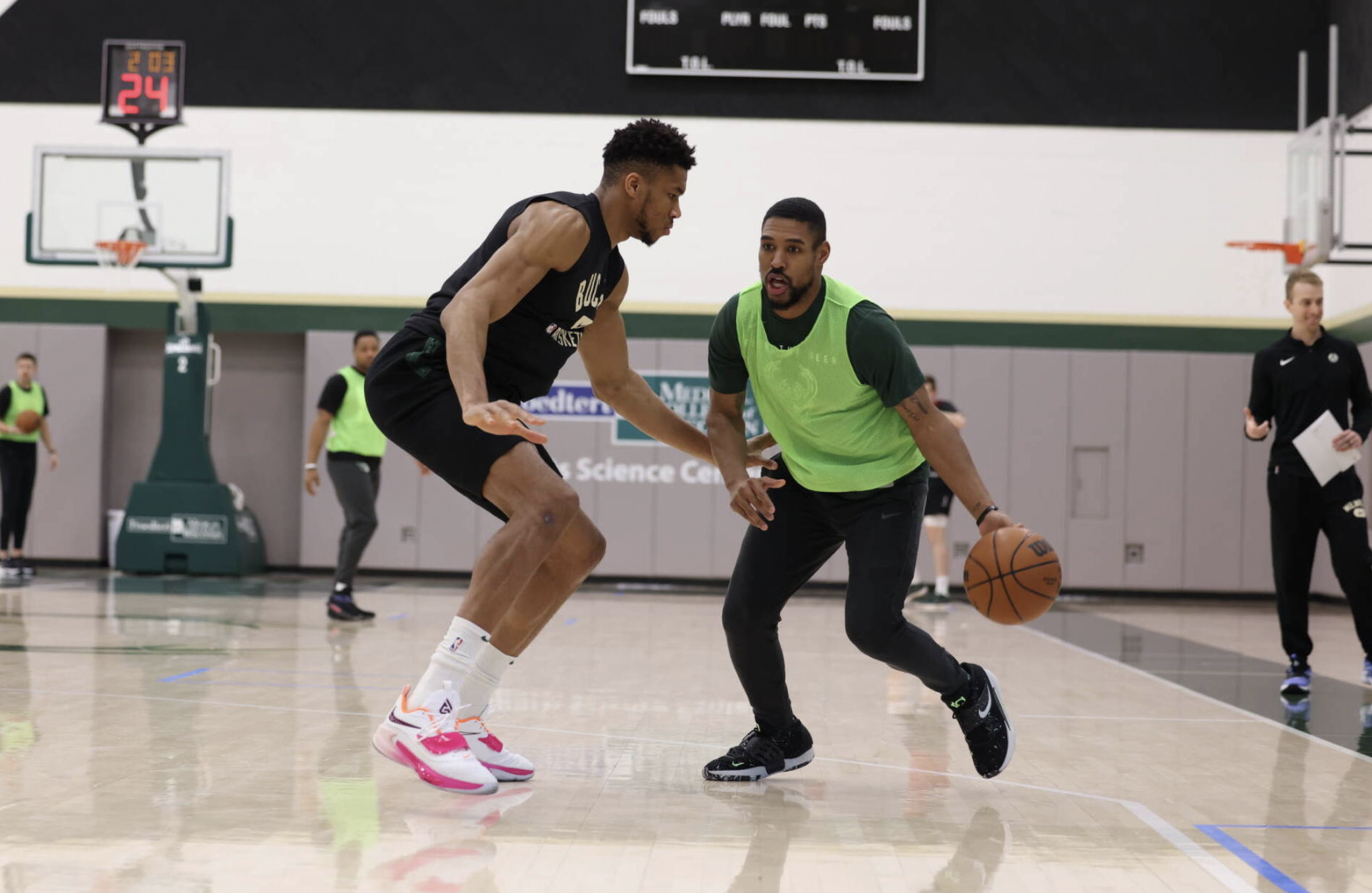 There were a multitude of factors that led Nick Kellogg back to his hometown of Columbus and onto the Ohio State men’s basketball coaching staff.

Kellogg’s Ohio State and Columbus roots run deep. As the son of Buckeye great Clark Kellogg, Nick Kellogg’s infatuation with the Ohio State men’s basketball program started at a young age. Now, Nick Kellogg is joining the Ohio State coaching staff as an assistant to the head coach and scouting director. But, his journey back to Columbus contained many twists and turns along the way.

“I grew up watching the Buckeyes,” Nick Kellogg told reporters on Thursday. “Even going back before then, I’ve seen film of my dad, and just think of tradition, and good teams, really good players and good coaches. It’s a heck of a program and to finally be a part of it means a ton.”

He spent his high school years at St. Francis DeSales High School, where he became a sought-after recruit on the soccer pitch and the basketball court. He said he shut down his soccer recruitment early in his high school career to place his focus on basketball and the demands of the year-round recruiting circuit that comes with it.

“There was something about being a basketball player that obviously was just kind of in me,” he said. “Once I started playing full time, it was just something I wanted to do. You probably hear a million stories about guys falling in love with the game. It’s something you can do by yourself. You could shoot, you can dribble, you name it, you can do whatever you want. All you need is a ball and a hoop.

“Once I fell in love with the game and continued to progress and get better and get stronger, it was just something that I knew was probably going to be a part of me long term,” he continued. “Especially my dad and his relationship with the game, playing and then broadcasting for 20-plus years. It’s just kind in you at that point, and it’s something I have fun doing.”

During his recruitment, Nick Kellogg forged a relationship with then-Ohio University assistant coach and current Ohio State head coach Chris Holtmann — who aimed to put him in a Bobcats’ jersey for his college career.

“We interacted a ton through that recruiting process, he got to meet my family. I know he came to my house once or twice. So I don’t remember the specifics. But all I know is that he was a guy that I saw myself building a relationship with,” Nick Kellogg said. “We continued that relationship over the years into my playing days and professional days and, obviously, up until he reached out about this position.”

Although Nick Kellogg ended up committing to Ohio University, he did not get the opportunity to play for Holtmann — who began his head coaching career at Gardner-Webb the same season Kellogg arrived on OU’s campus.

During his four-year career with the Bobcats, Nick Kellogg broke the Mid-American Conference record for career three-pointers made with 290 and helped Ohio reach the Sweet Sixteen in 2012 — its first appearance in 48 years.

Following his collegiate career, Nick Kellogg said Holtmann — now at Butler — approached him about a graduate assistant position on his staff, but he ultimately decided to continue his playing career overseas. Across a six-year professional career, he played for teams in Georgia, Poland, Finland and France.

While COVID-19 and other factors got in the way of his playing pursuits following the 2019-20 season, he began his transition into coaching. When he returned state-side, Nick Kellogg reached out to Marquette head coach Shaka Smart — who put him in touch with NBA teams seeking video coordinators. After interviewing with the Milwaukee Bucks and Boston Celtics, he decided to accept the role with the Bucks — where he earned an NBA championship ring in 2021.

After that championship-winning experience, he is back home and ready to make the most of this opportunity with Holtmann and the Buckeyes.

“Ever since I graduated in 2014, I haven’t lived in Columbus. I’ve been overseas and I’ve been back for two, three months in the summer and then it’s back off to the next team,” he said. “It feels great to be close to my family and friends. Now, to represent an outstanding university and be able to be a Buckeye, and wear the scarlet and gray, it feels really good.”

He added that his father was excited to see his son return to Columbus and don the colors he wore during his college career.

“He was thrilled. He didn’t try to sway me one way or another. But I could tell he was excited at the opportunity for me to be back home and obviously represent the school that he went to and has so much love and admiration for,” Nick Kellogg said. “I’m thrilled, he’s thrilled, my mom as well. So it’s just a good deal all around.”