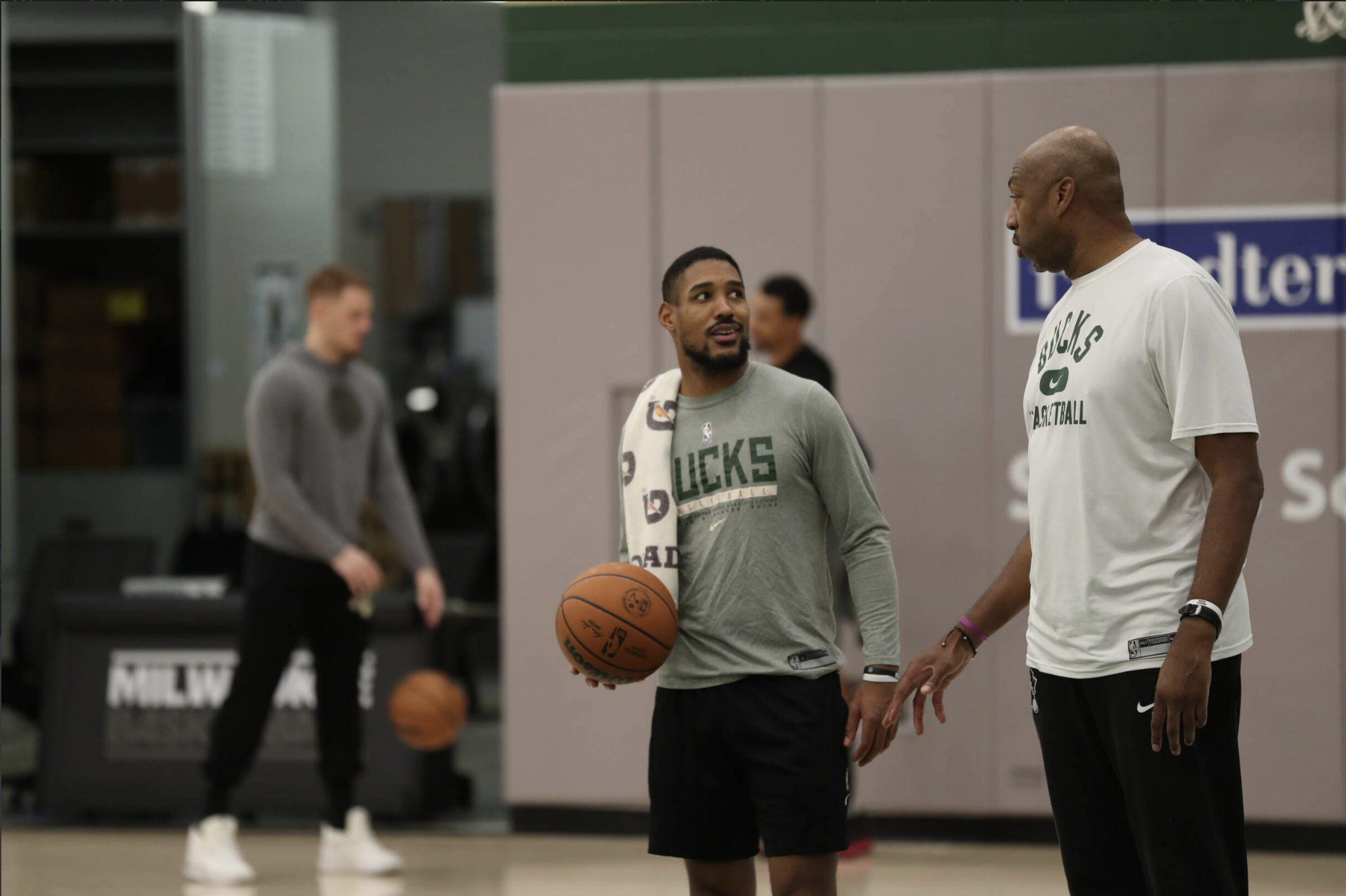 Prior to joining Chris Holtmann’s coaching staff, Nick Kellogg helped carry Ohio University to the Sweet Sixteen in 2012, carved out a six-year international playing career and earned an NBA Finals ring as a video coordinator for the Milwaukee Bucks in 2021.

With his level of experience as a player and coach, Kellogg is looking to utilize the knowledge he’s picked up at his various stops in his new roles, director of scouting and assistant to the head coach, at Ohio State.

“Being in these guy’s shoes at one point in time, I think that’s a tremendous asset, and something I can bring in to help guide and relate with them. I’ve been there, I know what it’s like to be a college athlete,” Kellogg told reporters on Thursday. “With my professional experience overseas, and seeing different parts of the world, that’s just another perspective that I can give to them.

“Then being at the NBA level, the things I saw there and the experience I gained there, I think would be extremely beneficial for some of these guys to hear about and learn from,” he continued. “Those are kind of the things that I’m gonna lean into as I continue to work with them and participate with them in practice.”

In initial conversations with Holtmann, Kellogg said his primary focus will be on building relationships with his players and helping them develop on and off the court. Outside of that, he added that he will likely do some video work, similar to what he did with the Bucks, and whatever is needed of him by Holtmann and the rest of the staff.

In terms of player development, Kellogg has already gone through a workout with incoming freshman guard Roddy Gayle Jr. as well as team drills in his short time with the program.

Kellogg joins an Ohio State program that is yet to make it to the Sweet Sixteen during Holtmann’s six-year stint as head coach. As he aided a 13th-seeded Ohio University team to the Sweet Sixteen in 2012, he laid out the blueprint to help the Buckeyes get over the hump.

“First of all, it’s just about making sure that they understand that it’s hard to do. A lot of things have to happen, you have to all be on the same page, everybody has to be pulling their weight and you have to have complete buy-in from the staff and from each other as players. So there’s a lot of moving parts to that,” Kellogg said. “Ultimately, I just want to let them know that it is hard work. And if it’s something they want to do, they have to commit to it every day. It’s about the prep and details to get to that level and to win, ultimately at the highest level. So that’s something I can definitely attest to from being a player and from being on the other side of it as an organization when I was with the Bucks.”

In his limited time with the program so far, Kellogg added that he’s gotten the opportunity to interact with the rest of the coaching staff and said “it seems like there’s a lot of good chemistry” with Holtmann’s bunch.

As Kellogg gets reacclimated to basketball at the collegiate level, he said hopes to use this job to continue his ascent in the coaching world.

“I would like it to take me into the coaching world. Being with the Bucks and being at the NBA level and seeing that side of it, it’s definitely something that appeals to me,” Kellogg said. “If it’s not coaching, maybe player development or something like that. I do love being around the game. I love being on the court helping guys get better and ultimately helping teams trying to win. So nothing concrete long term, but that’s kind of the path and the direction I’m on right now.”