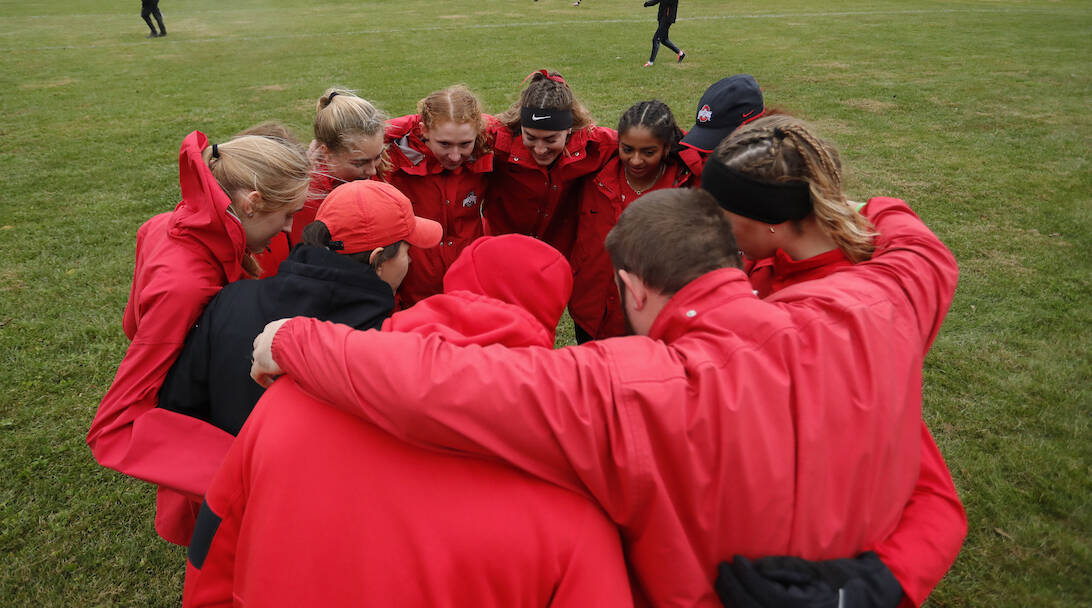 Sara Mason Vergote received a well-earned promotion on Thursday afternoon when the longtime Ohio State track and field staffer was named the Buckeyes’ head cross country coach and assistant to track and field.

Mason Vergote will oversee all aspects of cross country and guide distance and mid-distance student-athletes on the track and field team under newly-hired director Rosalind Joseph.

“I’m happy to announce the elevation of Coach Vergote’s position within our staff,” Joseph said. “We’ve worked well together in the past and I’m inspired by how much she gives to the program, on and off the track and course. She has been a consistent leader of the student-athletes of this program and has been dedicated to developing their athletic talents while also developing them as people. I’m excited for the continued success of our cross country, distance and mid-distance student-athletes under her leadership.”

In nine years with the Buckeyes, Mason Vergote has been a part of nine Big Ten championship teams, including outdoor titles for both the men and women last spring. The women’s squad also won the 2019 and 2021 outdoor crowns while reaching the top podium spot for the 2015, 2019 and 2020 indoor championships. The men also added 2018 indoor and outdoor titles.

Mason Vergote helped the women’s cross country program to NCAA team appearances in 2014 and 2019 and five top-five team finishes at the Big Ten meet during her tenure.

Individually, Abby Nichols won the 2019 Big Ten outdoor 5k under Mason Vergote’s guidance — the first distance title for the Buckeyes in 25 years. Katie Borchers was also a three-time champion in the 800m. Ohio State has had an all-conference performer in cross country in the last three seasons and nine cross country all-region members in the past nine years.

During the last two seasons, Mason Vergote was Ohio State’s associate head coach for cross country and the track and field distance coach. Last year, she instructed Allie Guagenti to a fifth-place finish at the Big Ten Championships. Guagenti went on to take fifth in the mile at the NCAA indoor championships for track and field.

Addie Engel made her first NCAA appearance the following year after top-five finishes at the Big Ten and NCAA Regional championships. Engel’s indoor season was a record-breaking one. She broke the school-best mark in the 3,000m and posted four other top-five times recorded by women in Ohio State history.

“When I first came to Ohio State in 2013, I worked with Coach Joseph under Coach Dennis’ direction, coaching the women’s distance squad,” Mason Vergote said. “It feels fitting Coach Joseph is the one to take the helm of our combined program. I’m genuinely honored to be part of this staff and help bring her vision to fruition. I’m excited to build on the already incredible history of this program. After nine years at The Ohio State University, I truly appreciate how special it is to be a Buckeye.”