On The Mat: State Of The Buckeyes Entering Final Dual 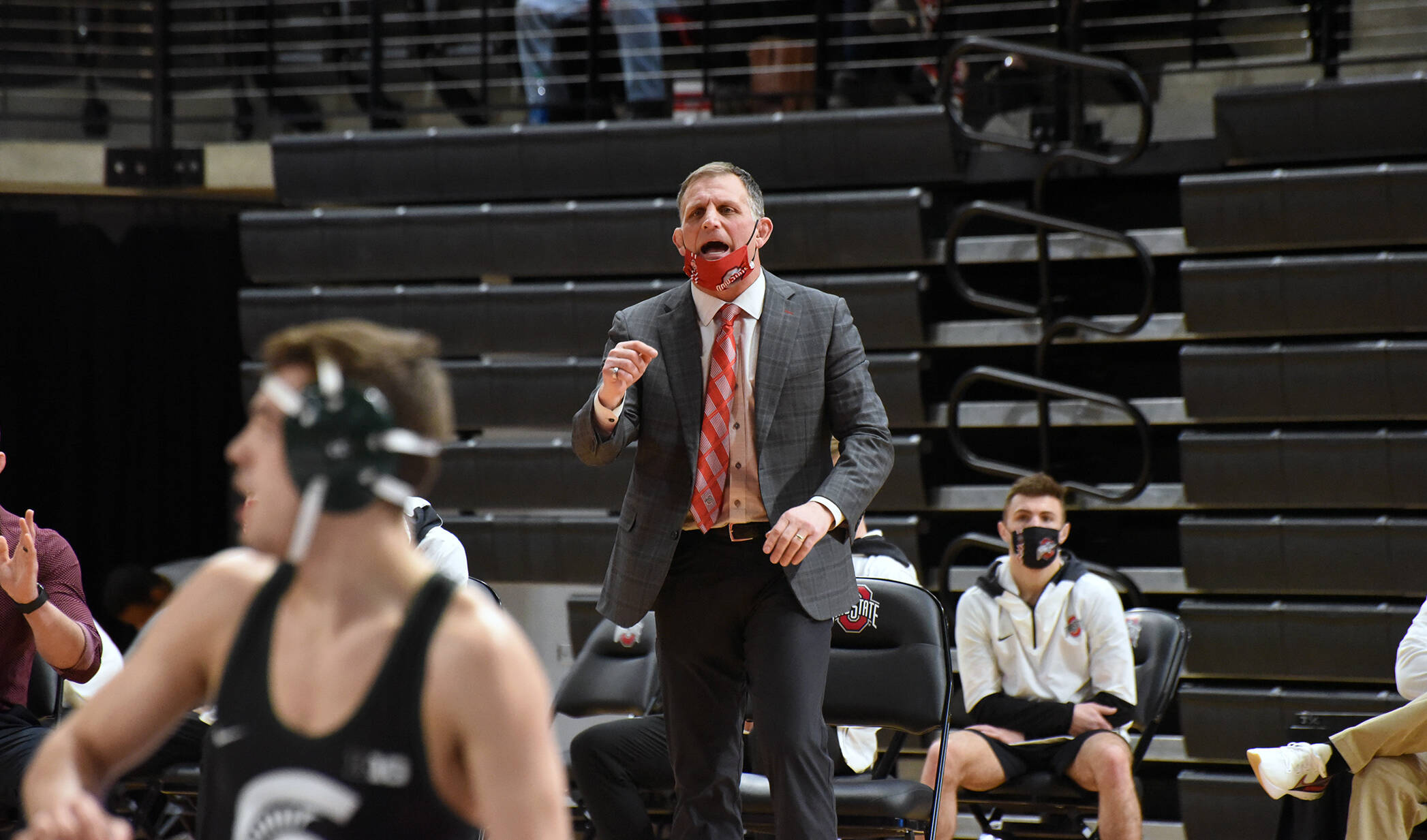 Even though it feels like Ohio State’s 2021 wrestling season just started, the end of the regular season is in just a few days. The Buckeyes sit at 5-3 through eight duals, have dropped two of their last three duals against No. 1 Iowa and No. 2 Michigan (with a win against Purdue splitting the losses) and host what may be the program’s biggest rival – Penn State – on Friday night.

While it’s a bit of down year for the Nittany Lions, that only means so much relative to the program, as it did still topple the Wolverines on Feb. 14, and have missed on quite a few opportunities to wrestle because of the coronavirus pandemic. Because of that, Friday’s dual is a big deal for both teams. A win for either team will play very well nationally and in jockeying for Big Ten championship positioning.

As the Buckeyes enter this final dual, they aren’t without their big storylines, specifically at 141, 149 and 174 pounds.

Ohio State was without a pair of starters against Michigan on Feb. 12. Anthony Echemendia at 141 pounds and Kaleb Romero at 174 pounds both missed out on the dual because of injuries, the former of which was suffered against Iowa a week prior and the latter of which has been nagging for several weeks according to Ohio State’s head coach, Tom Ryan.

“He did not practice the week leading up to Iowa, which is never good for a man’s mind, and he’s hasn’t practiced since Iowa, so we’re assessing him,” Ryan said of Romero.

“And then the same with Anthony, he’s got an injury that we’re assessing.”

To return Romero specifically could be a coup for the Buckeyes ahead of the Penn State matchup. Because of the presence of No. 2 Nick Lee, 141 may be a lost cause. However, if Romero can return, he would appear as the favorite against No. 8 Carter Starocci and in a matchup like this one, Ohio State will need every win it can get. Victories at 125, 149, 165, 174 and 197 all seem viable for the Buckeyes.

Sasso Shining Down The Stretch

While Ohio State still has concerns around many parts of its lineup, 149 pounds has no such issues. After a slow (relative to his own standards) start to the season, title contender Sammy Sasso has reached a new level in recent weeks.

Specifically, after a very close, 7-6 victory against Michigan State’s Peyton Omania, Sasso has been on a rampage. He pinned Maryland’s Hunter Baxter in 5:35 and Iowa’s Max Murin in 6:53, before taking a tech fall victory over Purdue’s Trey Kruse and an 8-1 decision against Michigan’s Kanen Storr.

Where has this resurgence come from?

“It’s the warmth of the sun, he’s getting closer to it,” Ryan said. “And the sun is the national tournament. As this guy nears the end of the year, there’s a tunnel vision that this guy gets that I saw last year, which is why we believed he’d win the nationals last year as a freshman. There’s just something about a true competitor, someone that’s deeply, deeply competitive and that’s Sammy. He’s deeply, deeply competitive and as we near the end, something happens with those people.”

For Sasso, this dominance isn’t about effort, though. It’s about focus and a reliance on his training.

“And of course Sammy can rely on his training, this isn’t like, ‘Hey it’s the end of the year, I think I’m going to try harder now.’ No. If you don’t have the hours and hours and days of hard training, it doesn’t matter how bad you want it, you probably lose the opportunity to get it. That’s not Sammy. He trains hard all the time, but there’s a focus about him.”