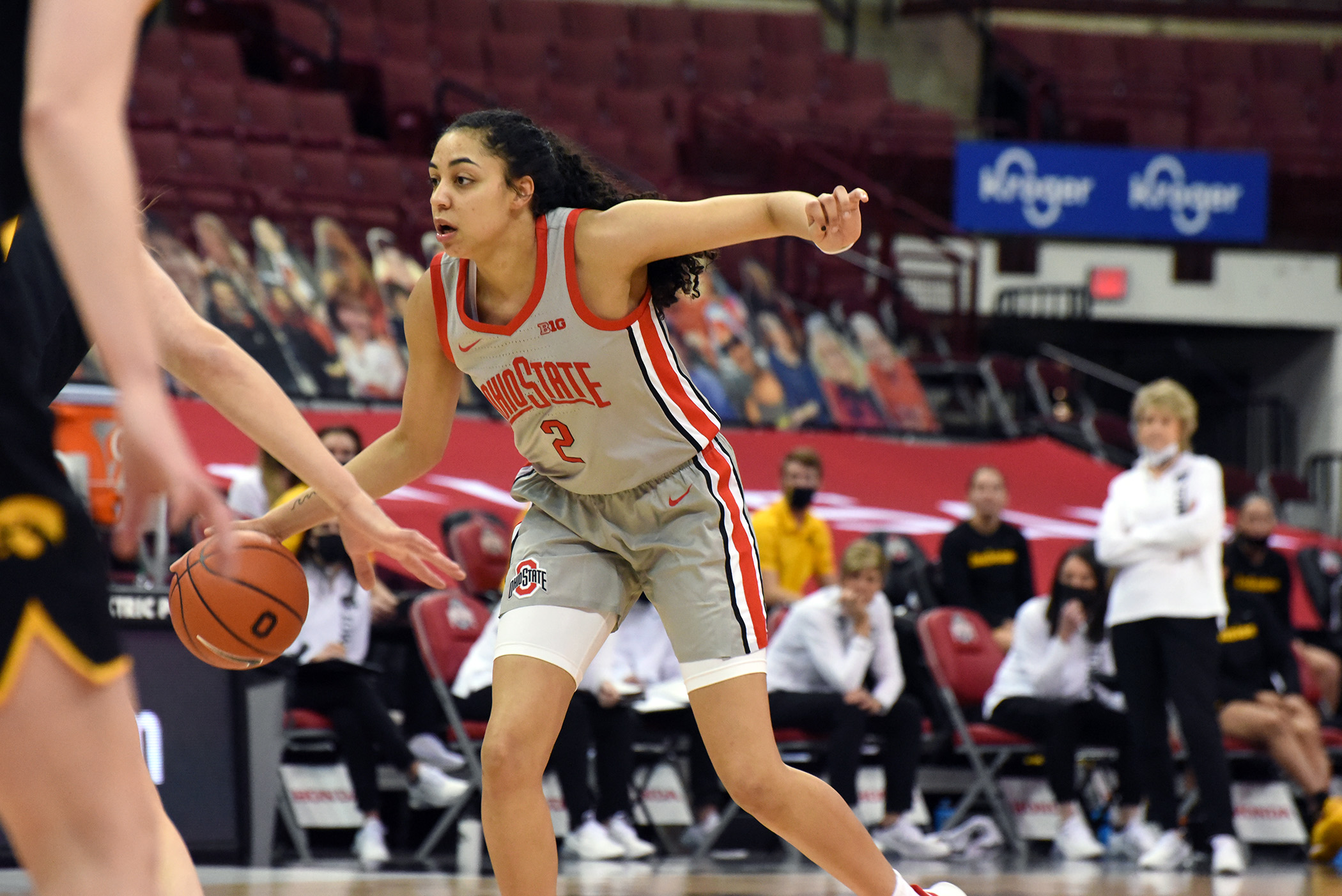 The Ohio State women’s basketball team fell three spots to No. 15 in the newest Associated Press top 25 poll following a 75-70 loss to Wisconsin in the team’s lone game of the week.

The defeat to a Badgers squad that currently sits at 5-14 overall and 2-14 in the Big Ten dropped the Buckeyes below two other in-conference opponents – Michigan and Indiana – as well as South Florida, who moved up from No. 14 to No. 12.

The Wolverines, who were tied for No. 12 in the last rankings, moved up to No. 11, while the Hoosiers moved up one spot to No. 14.

Ohio State now ranks as the fourth-best team in the Big Ten, also trailing Maryland, who stayed at No. 9 after a dominant victory over Nebraska that gave Terrapins head coach Brenda Frese 500 wins with the program, the most of any coach in Maryland women’s basketball history.

Northwestern, who lost earlier in the week to Rutgers and had its game against the Buckeyes postponed on Sunday, also dropped three spots down to No. 24. The Scarlet Knights received 10 votes and sit just outside the rankings at No. 26.

Another team that that finished just outside the top 25 was Florida Gulf Coast with five votes. The Eagles are 17-2 on the season and 16-0 with former Ohio State guard Kierstan Bell in the lineup.