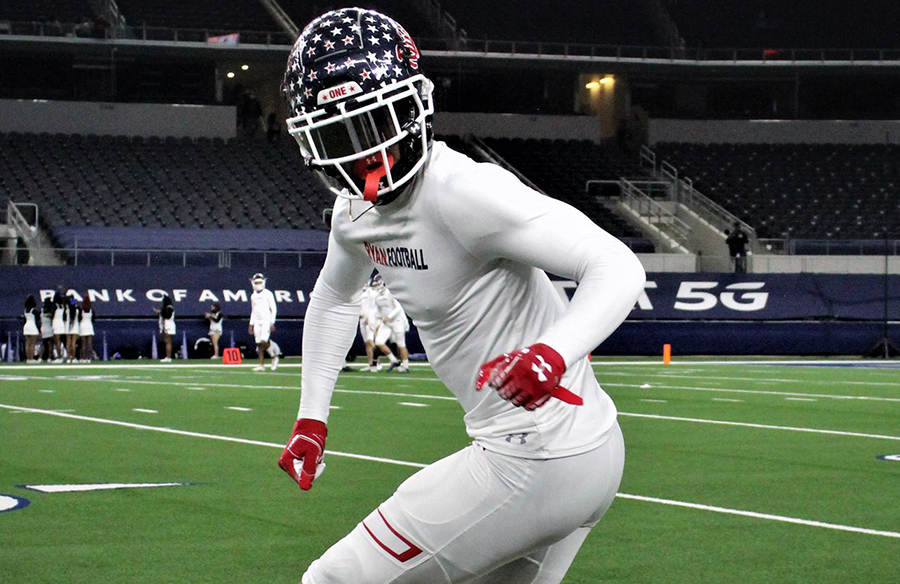 The 5-11, 185-pound Jordan is considered the 19th-best cornerback and No. 167 prospect overall in the class of 2022, as he recorded four forced fumbles, three interceptions and two fumble recoveries that he returned for a touchdown to lead the Raiders to a state title this past fall. He’s also a track star who has posted times of 10.98 seconds and 22.08 seconds in the 100- and 200-meter dash, respectively.

While Jordan landed an offer from former co-defensive coordinator Jeff Hafley in October 2019, he’s built a strong relationship over the last year with defensive coordinator Kerry Coombs and secondary coach Matt Barnes. He’s never been to campus but hopes to make his first trip when the ongoing recruiting dead period comes to an end.

One thing that helps the Buckeyes in their pursuit of Jordan – and Harris, for that matter – is that they’ve recruited the state of Texas well in recent years. With that, there’s no doubt they’ll get a boost in the race to land his pledge with Southlake Carroll five-star quarterback Quinn Ewers and Del Valle five-star wide receiver Caleb Burton already in the fold.