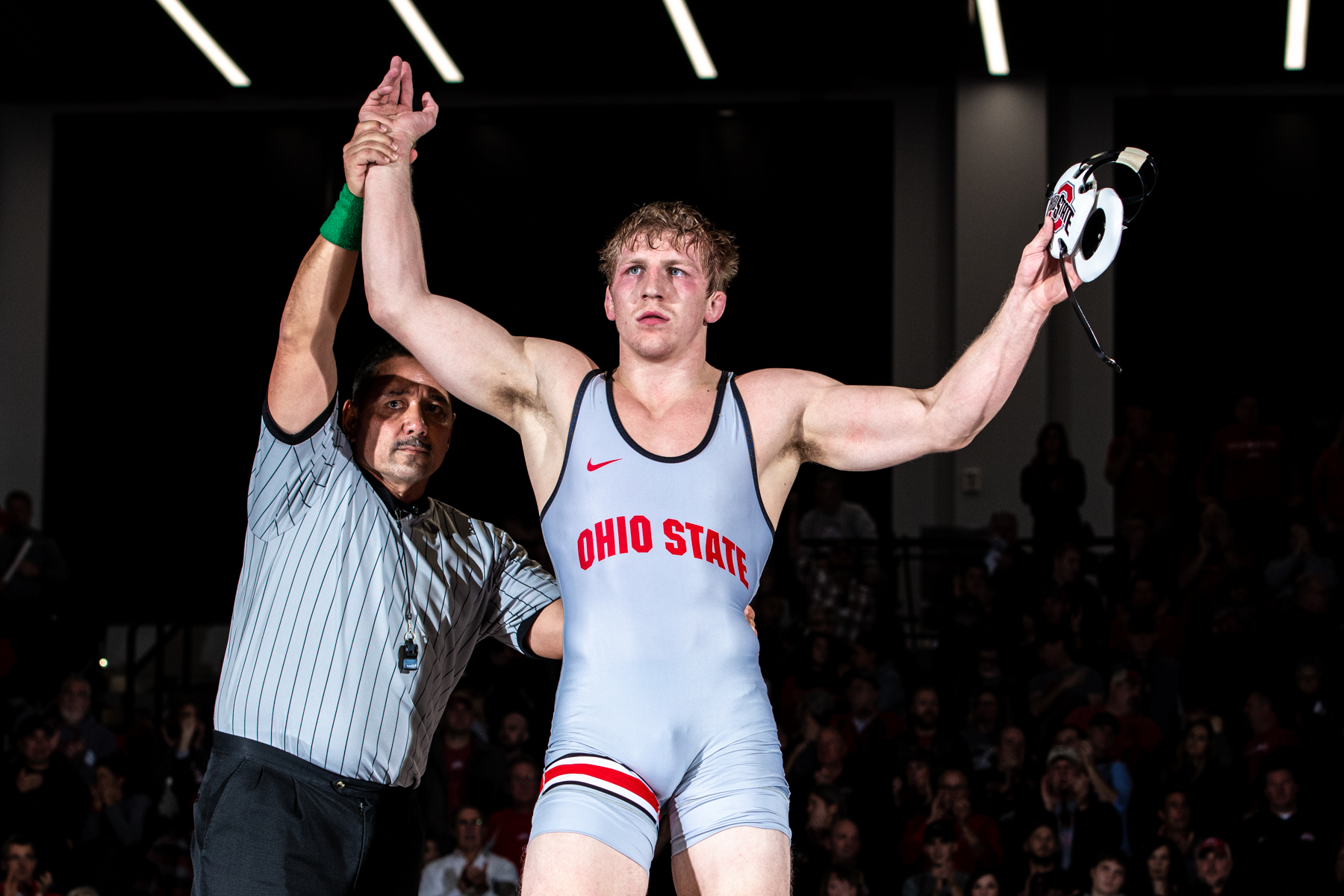 This past week may have been the quietest in in months at Ohio State. With the football team out of town, and quite a few fall sports fully out of season, there are just five Olympic sport teams on campus to take a look at this week. From those five, the Buckeyes went 3-2-1, while the cross-country teams finished fourth and ninth at the NCAA Regionals.

“We got stronger as the game went on,” head coach Nadine Muzerall said. “We buckled down defensively and didn’t give up any lateral passes or back door opportunities, and we did a good job blocking shots. I think it was really big for the team to come away with this win but we’re not going to be satisfied with the split. We have to go into the game tomorrow with the mentality that it has to be a sweep.”

The second game saw the Buckeyes tie 1-1 but win a shootout, giving them an extra league point. Jenn Gardiner converted the shootout goal that gave the Buckeyes the extra point.

It’s hard to believe, but the volleyball team went 1-1 this past week, bringing their record grand total to 14-14 on the season. The Buckeyes fell to Purdue, 3-1, but bounced back with a 3-1 win over Indiana.

With four games left in the regular season, Ohio State will host Northwestern on Friday, Nov. 22.

Ohio State landed a big win over Pitt, 23-12, but fell to Virginia Tech for its first loss of the season, 21-15. The Buckeyes sit at 2-1 on the year heading into a home matchup with Cornell next Sunday.

In that first dual against Pitt, the stars of the show for the Buckeyes were Sammy Sasso at 149 and Luke Pletcher at 141. Sasso pinned Luke Kemerer in 5:26, while Pletcher landed a major decision victory over No. 17 Cole Matthews, 23-9.

The second match saw Sasso pinned in a critical swing for the Buckeyes. Despite a huge win by Ethan Smith over fourth-ranked David McFadden, 5-4 and a 24-9 tech fall victory for Kollin Moore, the Buckeyes couldn’t overcome an early deficit. Malik Heinselman had a chance to complete the comeback in the final bout, with the Buckeyes trailing 18-15, but couldn’t get it done, losing 5-2.

The women’s cross country team is headed to the NCAA Championships for the third time in school history after a fourth place finish at the NCAA Regionals. Led by a ninth-place finish from Abby Nichols, the Buckeyes will head to Terra Haute, Indiana for November 23rd. For a full look at Nichols and the women’s cross country team, be sure to check out the full player profile featuring her in the newest print edition of Buckeye Sports Bulletin.

The men’s team, on the other hand, finished ninth at the same event, ending their season. Tevin Brown led the way, finishing 38th.