Ohio State Men’s Basketball Climbs To No. 10 In AP Poll 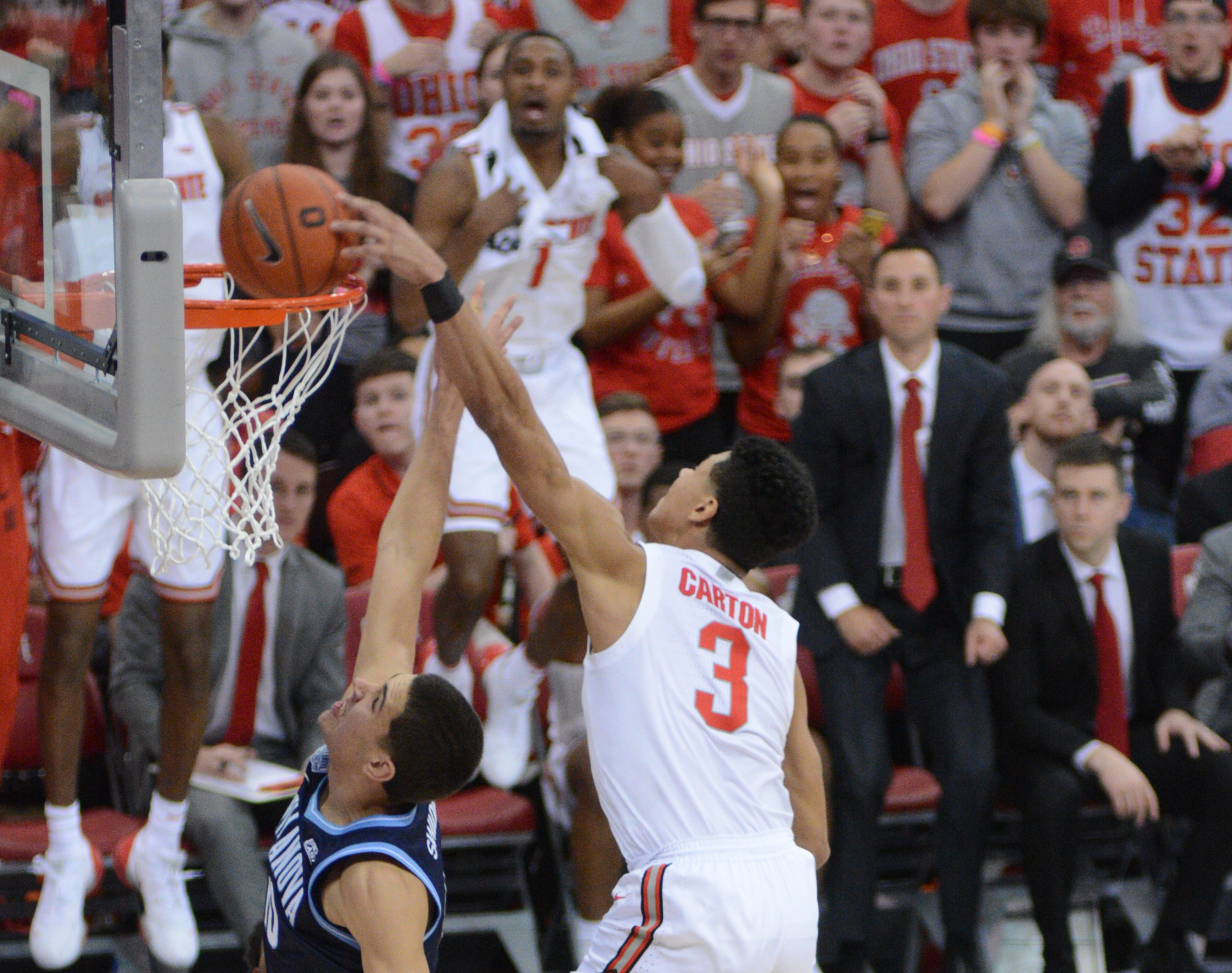 After dominating former No. 10-seed Villanova, 76-51, at Value City Arena on Nov. 13, the Ohio State men’s basketball team took its spot at No. 10 in the Associated Press Top 25 Poll.

The victory catapulted the 3-0 Buckeyes from No. 16 to No. 10 in this week’s AP poll, which was released Nov. 18 and will be posted below this story.

With the Buckeye football team ranking No. 2 in the AP poll, the jump into the top 10 for men’s hoops makes Ohio State the only school in the country with top-10 teams in both football and men’s basketball.

The Big Ten has two other ranked teams in No. 3 Michigan State and No. 6 Maryland. Purdue began the season ranked but dropped out after back-to-back losses to Texas and Marquette.

The Scarlet and Gray can improve to 4-0 with a win over Stetson on Nov. 18 at 8:30 p.m. at home. They will not face another ranked foe until the heavily anticipated matchup with No. 5 North Carolina at Chapel Hill on Dec. 4. Ohio State will also oppose No. 9 Kentucky in Las Vegas on Dec. 21.

With its No. 10 rankings, Ohio State has already surpassed its highest ranking from last season when it progressed as high as No. 13 following a 12-1 start.