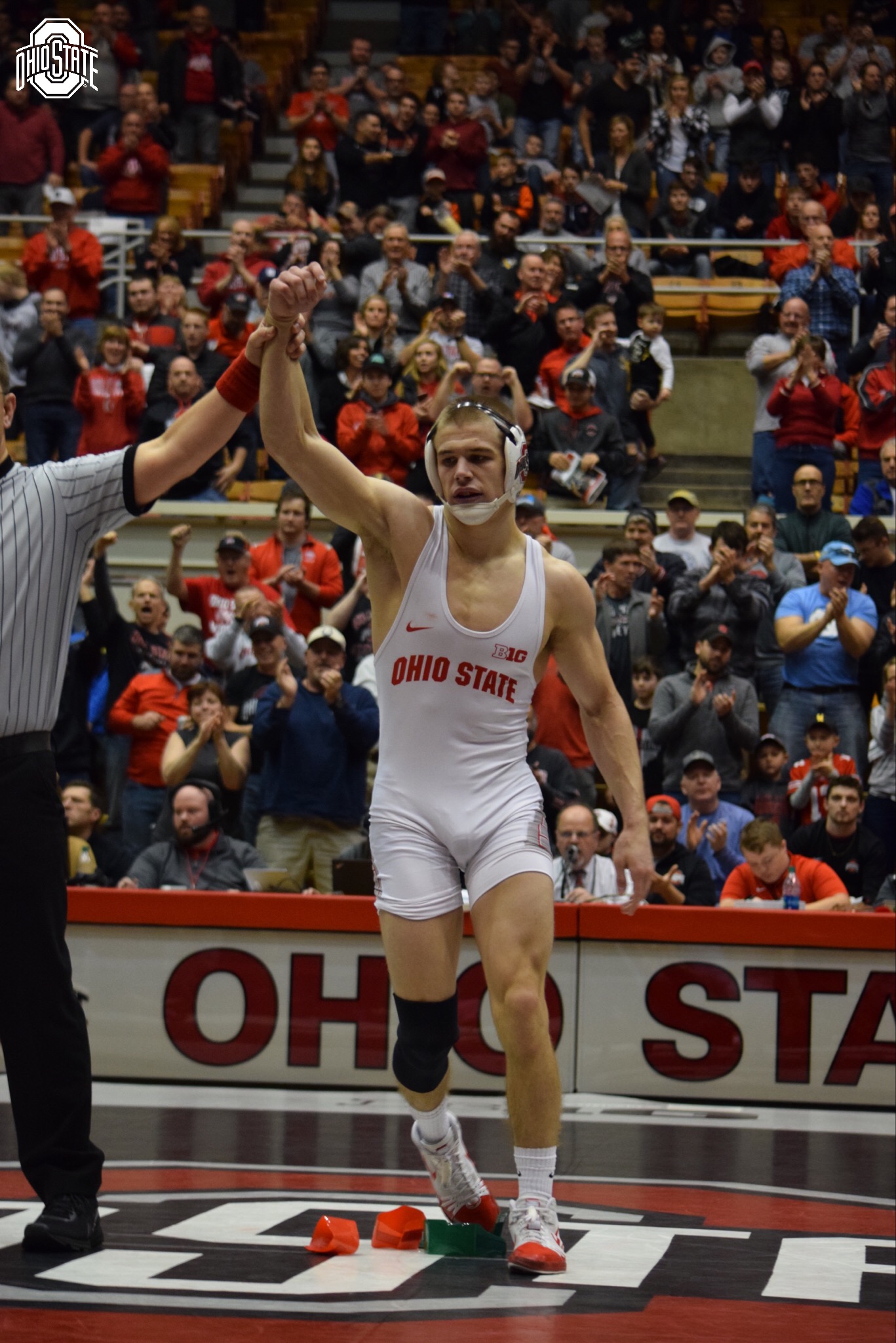 While most students spent their final weekend of Winter break relaxing, Ohio State’s student athletes began 2019 in the spirit of competition.

The No. 8 Ohio State women’s hockey team lost to the Minnesota Whitecaps in an exhibition series to open the new year. Despite 50 saves from freshman Andrea Braendli and a pair of goals by sophomore Emma Maltais, the Buckeyes fell 3-2 in overtime in the series opener. Sophomore goaltender Lynsey Wallace made her first appearance in net as a Buckeye, finishing with 27 saves in two periods. However, the Scarlet and Gray fell 3-1 with senior Madison Field scoring the team’s only goal.

The No. 14 Ohio State men’s swimming and diving team kicked off the new year with a meet against Top-25 opponents at the Stephen C. O’Connell Center in Gainesville, Fla. The Buckeyes claimed nine of the 15 event wins, securing a victory against No. 25 Kentucky 336-245, but falling 317.50-263.50 to No. 5 Florida. Junior Andrew Loy won the 100-meter freestyle and 100-meter backstroke, while also helping Ohio State win the 400-meter and 200-meter freestyle relays.

The No. 22 Ohio State women’s swimming and diving team came up short against No. 10 Florida, 403-178, and No. 13 Kentucky, 375-206. Sophomore Genevieve Angerame earned top honors in diving, sophomore Molly Kowal won the 1650 freestyle and sophomore Freya Rayner won the 50-meter freestyle.

The No. 18 Ohio State women’s gymnastics team opened the 2019 season with a challenging dual meet match-up in No. 7 Georgia. The Buckeyes narrowly lost to the Bulldogs, 196.600-194.900 at the Stegeman Coliseum in Athens, Ga.