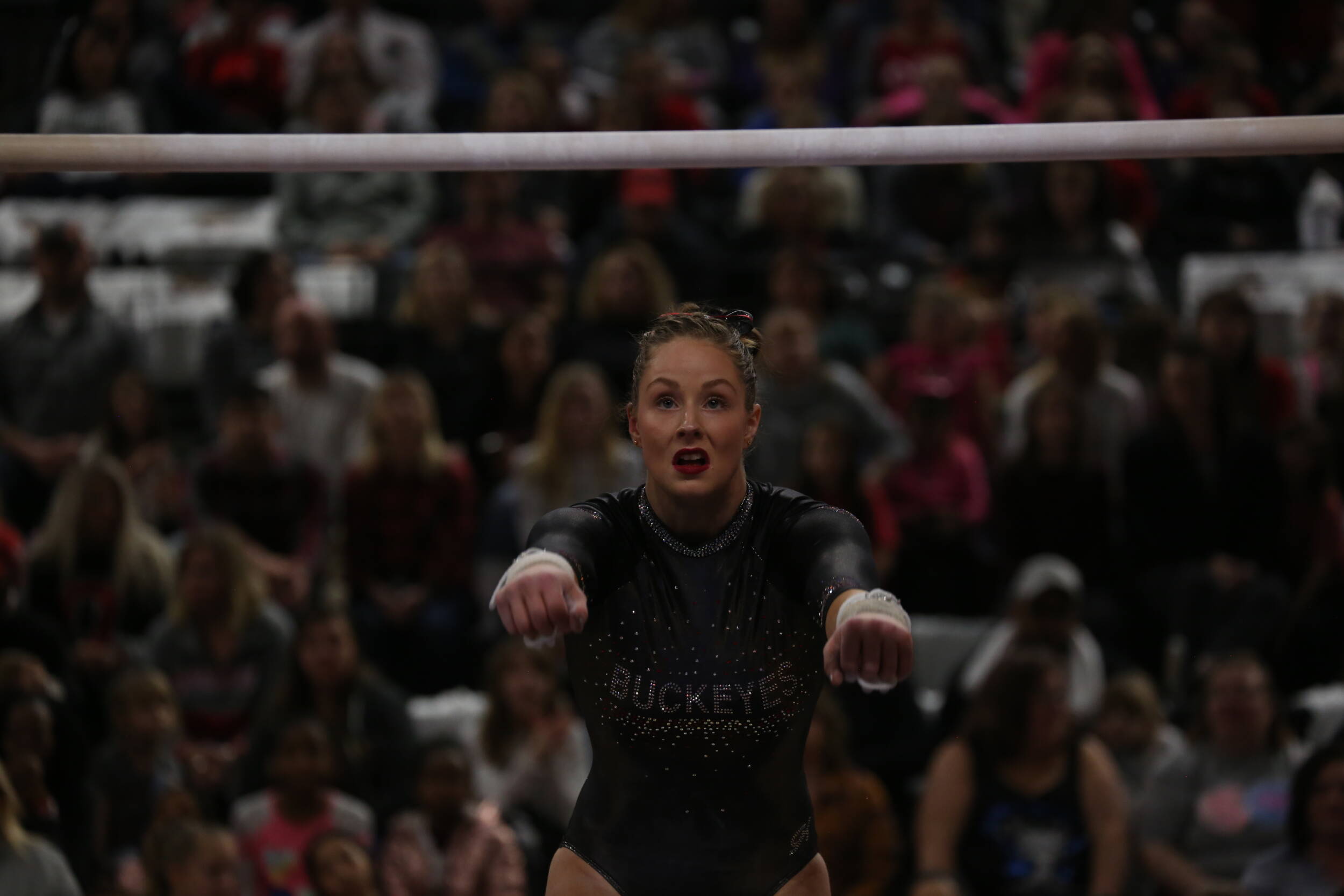 With the new semester fully in session, Ohio State athletics are picking up once again. While it’s been a tough run of weeks for Ohio State’s football and men’s basketball teams, there’s still plenty of Buckeye teams that have started the new year on the right foot, as reflected by a perfect 7-0 week for every Olympic sports team that competed head-to-head.

It was a massive week for the Tom Ryan’s wrestling program, as Ohio State landed two top 25 wins, including a victory over No. 4 Arizona State in front of a sold out home crowd. For more on that match, be sure to check out the full recap.

The second win of the week came on Jan. 10, again at home, with a 22-13 win over the previously unbeaten No. 24 Rutgers Scarlet Knights.

Ohio State takes the mat next on Friday, Jan. 17 for a big match in Madison against Wisconsin.

Ohio State continued the strong start to new head coach Kevin Burch’s tenure, rattling off wins over Urbana and Saint Francis to open the season 3-0 after a win over North Greenville last week.

Martin Lallemand had nine kills and two service snipes for a match-high 12 points. Tyler Alter led the team in digs with eight and blocks with three.

Ohio State was similarly dominant against Saint Francis, 25-18, 25-20, 25-19, marking the first time that Ohio State won its first nine sets of the season since 2007. Ohio State will take on Lincoln Memorial and King in the upcoming week on Jan. 16 and 17, both at home.

Ohio State rattled off two more wins off of a lengthy winter break, sweeping Minnesota State to improve to 13-5-4 on the season. The first of two came with a blanking of Minnesota State, 6-0. Lisa Bruno opened the scoring with her first goal of the season, Emma Maltais had three assists and one goal, while Tatum Skaggs, Liz Schepers, Rebecca Freiburger and Gabby Rosenthal all found the back of the net as well.

Ohio State takes the ice next weekend against Minnesota on the road.

“Overall, we just needed to get started. It was really nice to see them have a good comeback on floor, after a little disappointing beam set. Floor was something we struggled on a lot with last year, so for me that was a big step forward for us,” head coach Meredith Paulicivic said.

Ohio State’s next meet comes on Jan. 18, in East Lansing against Michigan State.