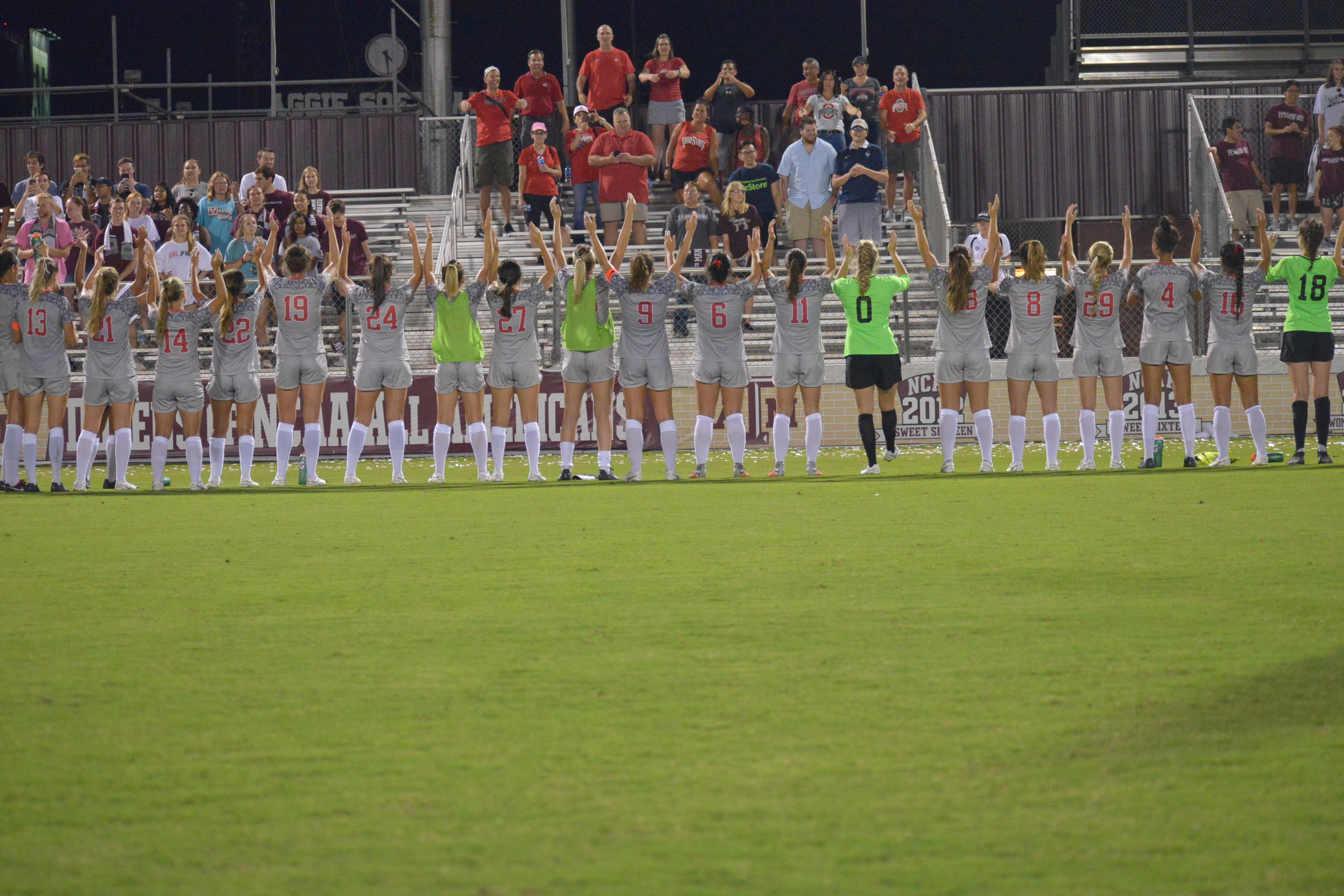 It was a rough showing this past week for Ohio State in Olympic sports, even with a big weekend from the now streaking men’s soccer. In ten total games, the Buckeyes put up a 5-5 record, highlighted by two wins by both the men’s soccer team and field hockey.

The week got off to a hot start for Ohio State field hockey, but closed in disappointing fashion with a 2-1 loss to No. 11 ranked Virginia. Despite the loss, the Buckeyes did finish above .500, thanks to 3-2 win over Boston on Sept. 2 and a 3-0 win over James Madison on Sept. 6. Mackenzie Allessie(2), Esther Clotet Alsina, Leanne Bough, Tess Maloney, and Nikki Trzaska(2) all contributed goals.

They take the field looking for a bounce back against Central Michigan on Sept. 13.

The women’s volleyball team has stumbled out of the gates to a 3-3 start, and things got even tougher this past week with a 3-0 loss to Pitt on Friday, Sept. 6, and a 3-1 loss to Green Bay on Saturday, Sept. 7. Ohio State can take some solace in their win over Duquesne in straight sets between the losses, but that likely doesn’t satiate the team.

They next play on Sept. 13 against Western Kentucky.

It was a rough weekend for the women’s soccer team, as its 0-1-1 start has turned into a disastrous 0-3-1 after losses to Texas A&M on Sept. 6 and TCU on Sept. 8. Even more challenging for the Buckeyes is they way that they lost, falling 1-0 to Texas A&M on a 58th minute goal, and then coming up just short against the Horned Frogs, 3-2 after a comeback attempt.

“I’m really proud of the effort of our team and commitment to the entire game,” Ohio State head coach Lori Walker-Hock said. “We knew the game would come down to one mistake or set piece. The environment for women’s college soccer was tremendous. The fans we interacted with were super classy and it proved to be a high-level match. We need to stay the course and the goals will come. We believe we gave Texas A&M everything they could handle.”

Ohio State plays next at home against Miami (OH) on Sept. 13.

After notching a massive win last week to break a 17 game winless streak, Ohio State has started a new streak, winning three in a row after two massive victories at the Dayton Classic. The first of the two came on Sept. 6 in Dayton’s home opener, when the Buckeyes scored in the final minutes against the Flyers on a beauty from Joe Ortiz. The second came on Sept. 8, in a barn-burner 3-2 victory against EIU on yet another last minute winner, this time from Jake Scheper.

The Buckeyes will play again on Sept. 13 on the road against Bowling Green.