Buckeyes In The NFL: Sunday Roundup 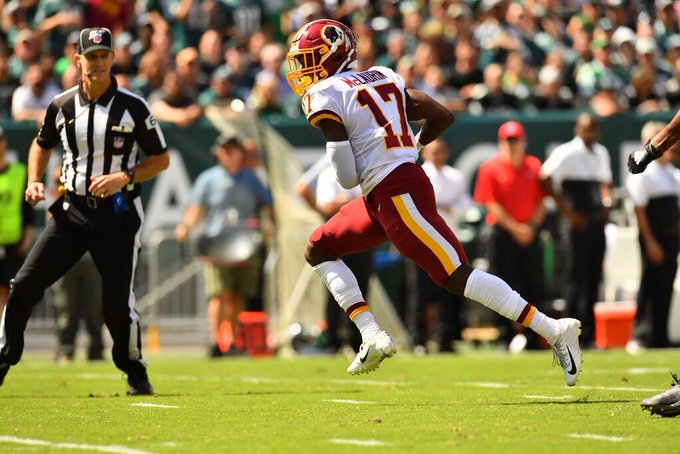 Many former Buckeyes had an impact across the NFL Sunday, with many making their professional football debuts.

Below are recaps of each of the games where a former Ohio State player marked the stat sheet.

Cameron Johnston, a former Ohio State punter, averaged 51.3 yards on three punts for Philadelphia, with a long of 54.

Malik Hooker made one of the biggest plays of the NFL’s opening weekend. With the Chargers leading 24-16 and threatening to score again, Phillip Rivers thought he had Keenan Allen in the end zone. But Hooker closed from out of Rivers’ vision, cut in front of Allen and made a one-handed interception for the Colts, who drove down the field after the pick and sent the game to overtime.

Parris Campbell made his NFL debut for Indianapolis, taking an end around for seven yards and catching his only target for one yard.

Following a preseason holdout, former Ohio State running back Ezekiel Elliot ran the ball 13 times for 53 yards and one touchdown. The national champion tailback also caught one of his two targets for 10 yards.

Former Ohio State H-back Curtis Samuel hauled in three of his four targets for the Panthers for 32 yards in their season-opening loss to the defending NFC champion Rams.

Darron Lee, a former Buckeye linebacker who was traded to Kansas City in the offseason, recorded one assist against Jacksonville.

The Texans take on the Saints on Monday Night Football in a matchup featuring six former Buckeyes. Cornerback Bradley Roby will represent the Buckeyes on Houston. Wideouts Michael Thomas and Ted Ginn Jr. and defensive backs Marshon Lattimore, Vonn Bell and Eli Apple will rep the Scarlet and Gray on New Orleans.

Tuesday we will recap how the former Ohio State players on the Raiders, Broncos, Texans and New Orleans Buckeyes/Saints perform on MNF.