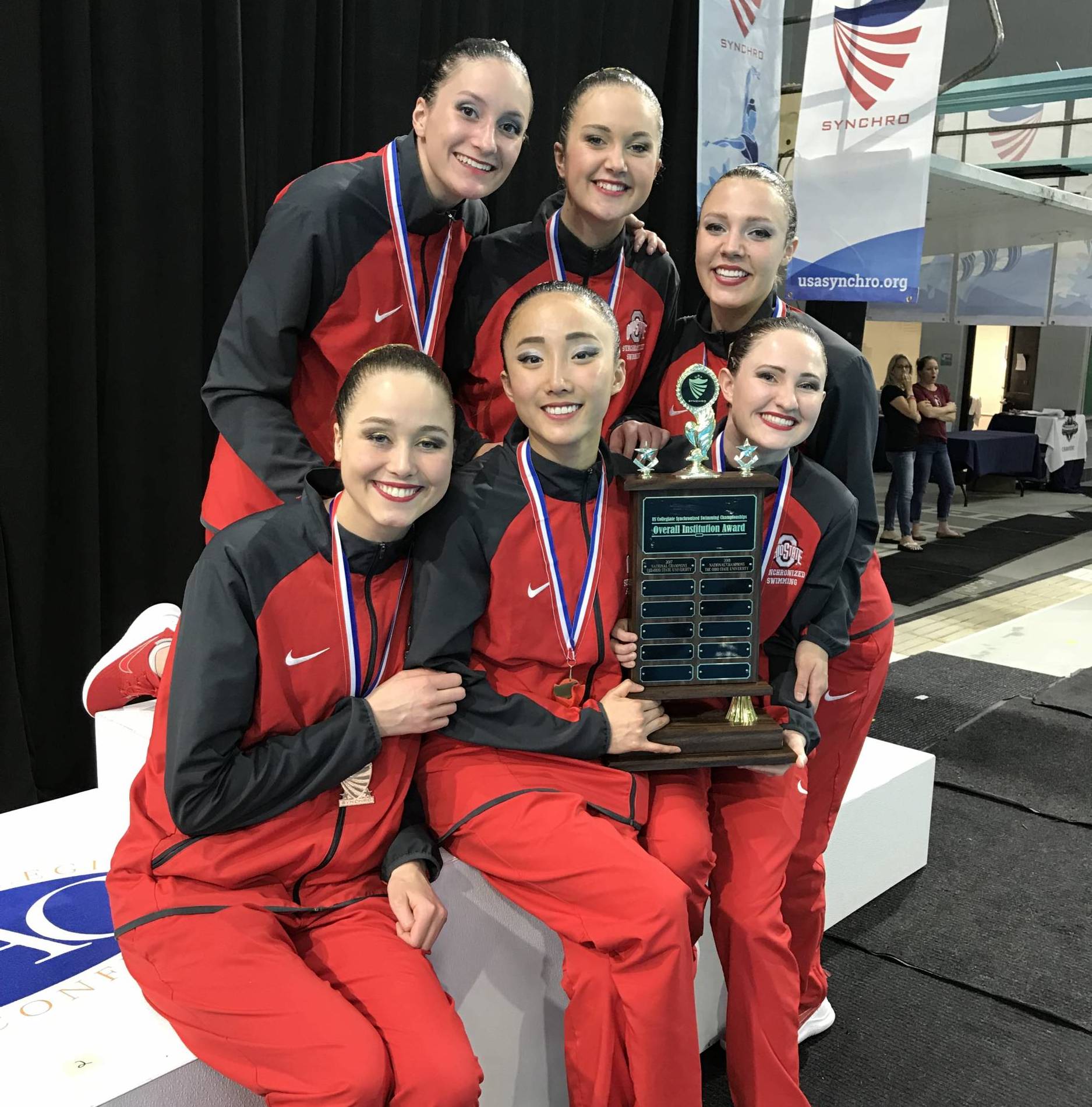 The most accomplished program at Ohio State, the synchronized swimming team, highlighted the week by winning national championship No. 32. The baseball team and men’s tennis teams got back on track with winning weeks, and the track and field team enjoyed a great start to the outdoor season, setting four school records. What follows are brief recaps of the past week of events for Olympic-sport student-athletes with links to the press releases.

Track and Field (Men’s and Women’s)

Both the Ohio State men’s and women’s track and field teams competed at the three-day long Pepsi Florida Relays, hosted by the University of Florida. Additionally, a portion of the Buckeyes’ distance squad competed at the Raleigh Relays at NC State.

The student-athletes donning scarlet and gray impressed in their first outdoor meet of the season, shattering four Ohio State records.

Senior Luke Landis smashed the Ohio State record for the 5,000-meter run by more than 30 seconds to win gold at 14:10.16. Sophomore Anavia Battle ran a 22.54-second 200-meter dash, shattering the school record that stood since 2000. Senior Sade Olatoye came through with a 16.90-meter heave in the shot put, surpassing her own school record. The women’s 3200-meter relay team (4×800), consisting of Aziza Ayoub, Annie Ubbing, Courtney Clody and Julia Rizk won gold at 8:30.79, breaking the school record.

The men’s swimming and diving team placed ninth at the NCAA Championships, representing the program’s best finish since 2010.

The Ohio State baseball team concluded its home stand with a 9-4 win against Toledo on March 27.

“We wanted to finish off the homestand with a victory to protect our home field and to be rolling into conference play as we head to Rutgers this weekend,” head coach Greg Beals said. “It was great to get a quality start from Jake Vance. It also protected our bullpen for the weekend ahead. I liked how he pitched tonight. He used his fastball a little more and got some strikeouts on some off-speed pitches. Our offense is clicking as we go into Big Ten play and we will need guys like (Dominic) Canzone and (Brady) Cherry to continue to lead us at the plate.”

Following the win against the Rockets, the Buckeyes traveled to Rutgers to open up Big Ten play on March 29. Ohio State won its Big Ten opener, 5-3, in 11 innings. Redshirt junior infielder Matt Carpenter led the way with four hits and the game-winning hit.

Ohio State split a doubleheader with Rutgers on March 30. The Buckeyes won the first game, 2-0, behind a 12-strikeout, complete-game shutout performance by redshirt freshman pitcher Seth Lonsway. The Scarlet and Gray dropped the series finale, 3-2, in 15 innings.

The Ohio State softball team won a series against Maryland in its first Big Ten away series. The Buckeyes won the first game, 10-1, in five innings on March 30. Ohio State’s bats exploded for 17 hits in a 15-3 win on March 31.

The Ohio State men’s lacrosse team defeated Oregon, 11-5, on March 30, improving to 8-4 on the season. Junior goaltender Jill Rizzo recorded save No. 500 of her career in the victory.

The Ohio State rowing team kicked off its season at Princeton, where the second varsity crew defeated Princeton and Brown.