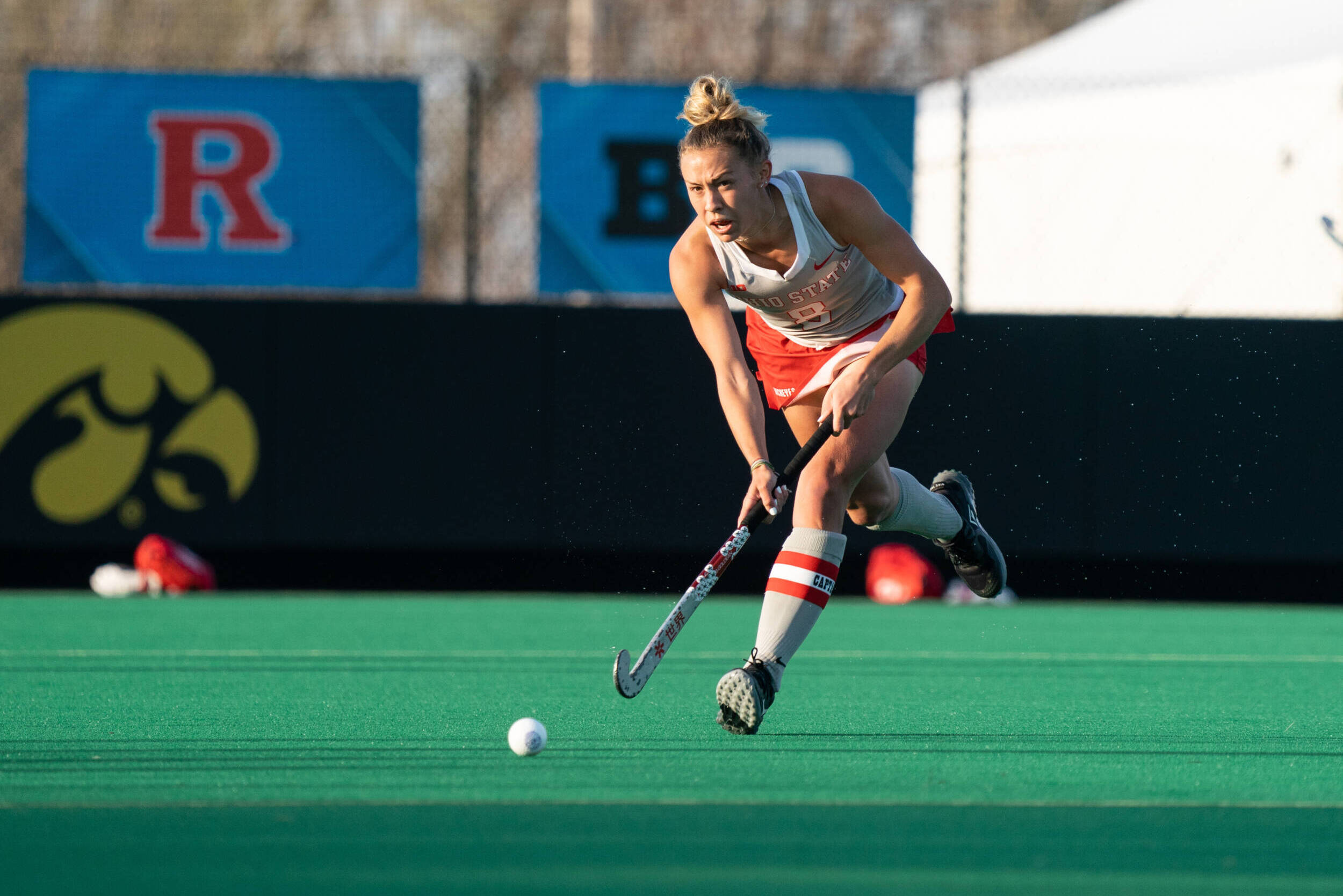 It was nearly the miracle run to end all miracle run for the Ohio State field hockey team, which kept up its late-season momentum into the Big Ten Tournament, knocking off the No. 2-seeded Penn State Nittany Lions in round one with a 4-3 overtime victory. Sarah Charley scored the game winner for the Buckeyes but credited Big Ten Offensive Player of the Year, Mackenize Allessie, with a spot-on set-up pass.

“I had a lot of communication with my teammates,” Charley said on BTN following the game. “Thankfully Mack [Mackenzie Allessie] had a perfect ball that went right to me. We saw each other before she even passed the ball. I couldn’t have done it without her.”

Matched up with Northwestern in the semifinals, Ohio State won in overtime again, 2-1, this time on a Tess Maloney tip-in winner to send the Buckeyes to their first conference title game since 2008. It was Ohio State’s seventh win in eight games after an 0-7 start to the season.

Despite all that, the Buckeyes came up just short in the title game, unable to topple the top-seeded Michigan defense, falling 4-0 and ending a bizarre but seriously entertaining season.

Ohio State took two of three games off of Penn State in a crucial weekend series to improve to 15-13 on the season. A sweep obviously would have been preferable for the Buckeyes, but after a brutal two-week stretch, getting back onto the winning track was almost as valuable for Ohio State.

The Buckeyes took each of the first two games of the series, swarming Penn State 11-6 in game one to snap a five-game losing streak. Zach Dezenzo, Kade Kern and Sam Wilson all hit solo home runs for the Buckeyes to help bolster the offensive attack.

Game two saw another strong showing from the Buckeye offense but an even stronger game from the defense, as pitcher Seth Lonsway was again excellent, pitching seven scoreless innings with six strikeouts. It was a good effort from just about everyone on the Buckeye offense, though Nick Irwin did triple for the second time in as many games.

Game three saw the Nittany Lions avoid the sweep, rocking the Buckeye bullpen to the tune of 10 runs in a 10-6 victory.

It was a pretty similar weekend for the softball team, which now sits at 17-14 on the season after it took three of four games against Rutgers over two days.

Games one and two saw the Buckeyes rout Rutgers in both parts of a double-header, taking game one 7-3 behind a 3 for 3 batting day from Sam Hackenbracht, capped by a two-run home run. Game two wasn’t even close, thanks to a dominant showing from Jessica Ross on the mound and another two-run shot from Hackenbracht on the way to a 9-1 win.

The third and fourth games also came as part of a double-header, with the Buckeyes taking the first of the two, 13-5, before Rutgers dodged the sweep with a 6-5 win in game four. Nikki Carver led the Buckeyes in game three with a grand slam.

Ohio State rode a strong final day at the Robert Kepler Intercollegiate to finish third as a team at the event, shooting 13-over par for the weekend.

Ohio State’s track and field squad was again led by shot put expert Adelaide Aquilla at the Fighting Illini Big Ten Relays as she put up a school-record toss of 18.29m to take first place. It’s the best throw of any in the entire NCAA thus far this season. Sade Olatoye and Divine Oladipo took second and fourth, respectively.

No. 15 Ohio State finished its regular season at 4-6 after a 10-9 loss to Penn State and somehow still earned the No. 4 seed in the Big Ten Tournament, presumably because the Big Ten is obscenely top-heavy in the top two, and then essentially equal in the bottom four. The loss dropped the Buckeyes into that fourth seed and into a first round matchup with Michigan, while Penn State will square off with the No. 6-seeded Johns Hopkins.

With a win, Ohio State would take on top-seeded, unbeaten Maryland in the second round.