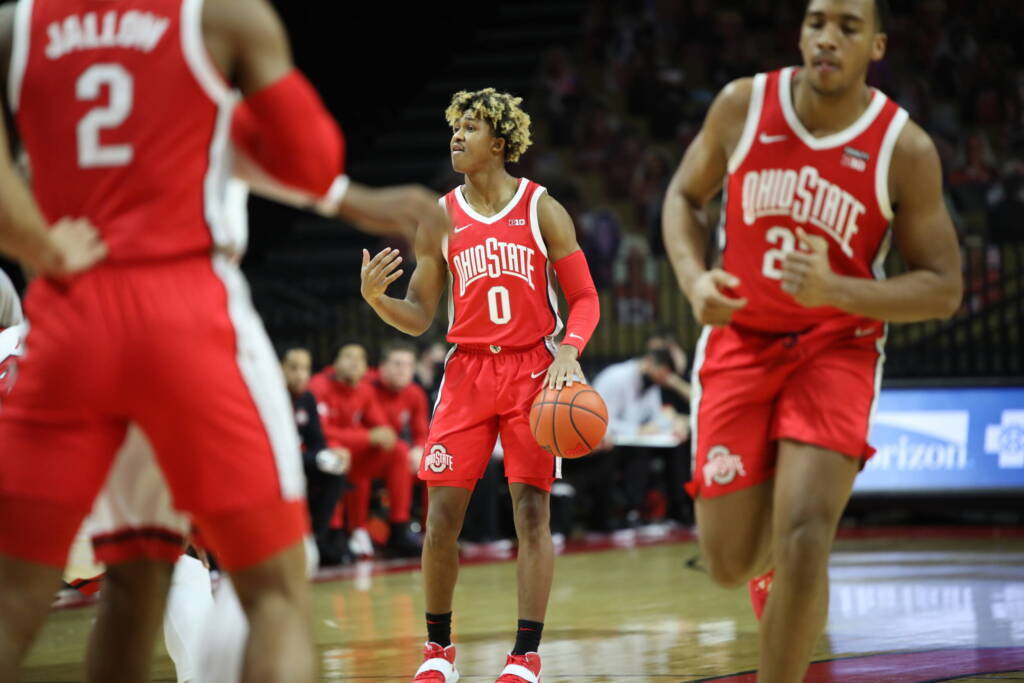 Two of Ohio State men’s basketball’s freshmen from the past season – guard Meechie Johnson Jr. and forward Zed Key – will be attending the USA Basketball Under-19 tryouts in an attempt to make the national team that will be competing in the 2021 FIBA World Cup.

“This is a great honor for Zed and Meechie,” Ohio State head coach Chris Holtmann said. “I know they are excited about competing with some of the best players in the country at their age for a chance to represent our country.  We are excited to follow and support them as they compete for a roster spot on this U19 team.”

Johnson, who enrolled with Ohio State a year early in order to take advantage of the NCAA’s free year of eligibility, played in 17 games and averaged 1.2 points per game and hit half of his 12 three-point attempts. Key played in 31 games and averaged 5.2 points and 3.4 rebounds per contest while shooting 61.6 percent from the field for the Buckeyes last season.

This year’s FIBA World Cup takes place in Riga, Latvia and goes from July 3-11. Practices for the team begin on June, and the selected members of the team will depart for Latvia June 27.