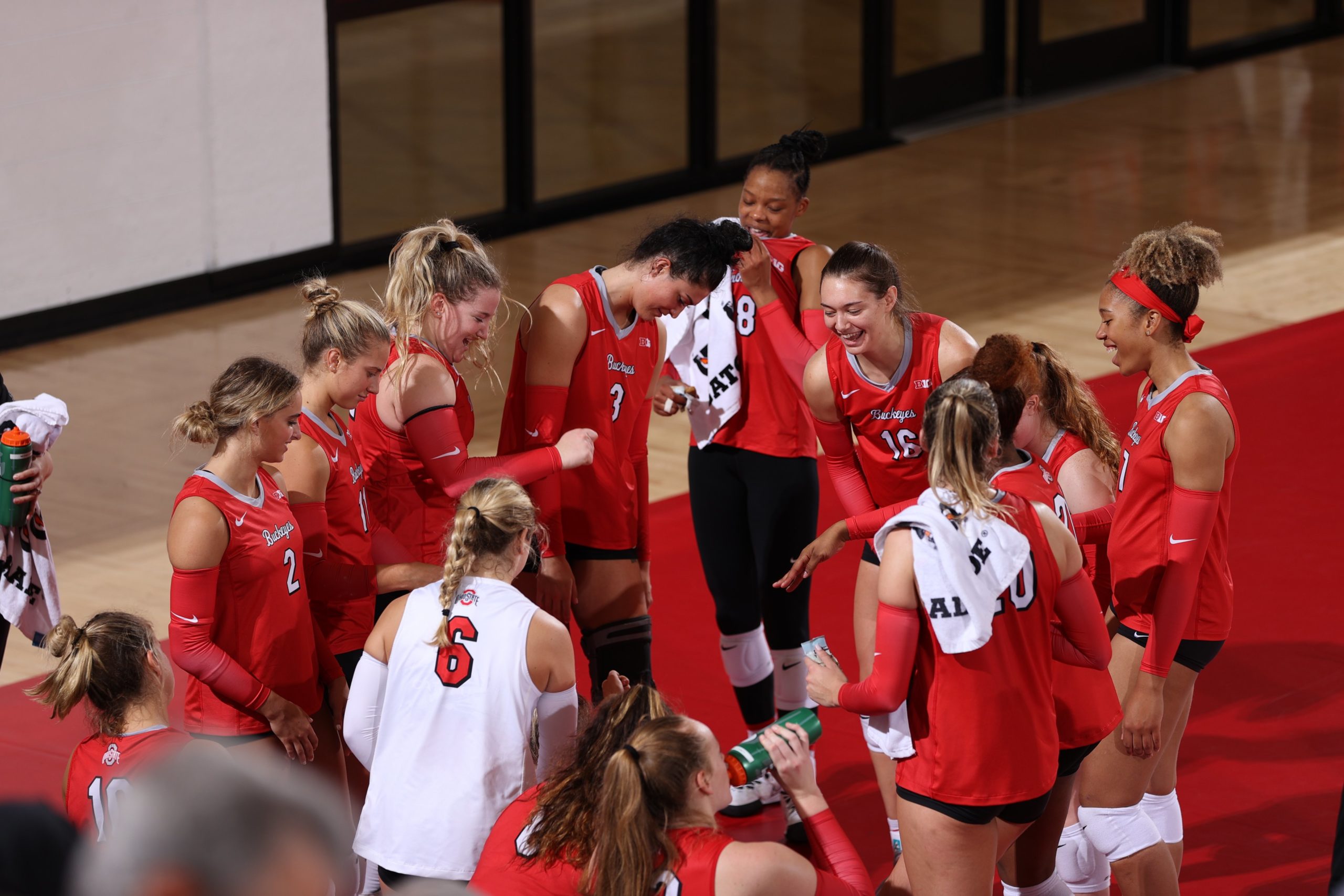 The Ohio State men’s soccer team is on to the Big Ten Tournament semifinals, to be played Wednesday.

OSU defeated Michigan State 1-0 in the quarterfinals Friday to advance within one match of the championship tilt. Fifth-year forward Devyn Etling scored the game-winning goal in the 90th minute, finally beating the Spartans’ keeper.

“I think everybody just at the end — we wanted a goal,” Etling told The Lantern. “From Luciano (Pechota) taking on guys, Ashton (Bilow) coming in for a few minutes he did, Laurence (Wootton) putting the shift and Parker (Grinstead) giving me the perfect ball in the box. I think it was pretty much a team effort at the end.”

The Buckeyes, the No. 3 seed in the tournament, take on second-seeded Rutgers in the semifinals Wednesday. Kickoff is at 6 p.m.

The No. 6 Buckeyes picked up two more wins this past week, both on the road, beating Northwestern and Michigan State in straight sets. The Wildcats received votes in the AVCA coaches poll.

Outside hitter Jenaisya Moore led the charge for OSU against Northwestern, collecting 13 kills. Opposite hitter Emily Londot followed with 11 kills of her own.

Londot exceeded either total in the match against Michigan State, registering a game-high 14 kills. Outside hitter Adria Powell gathered eight blocks to help in the effort.

Mazur then returned to the United States and joined the Buckeyes in Colorado Springs, Colo. for the Western Invitational. She went 6-1 at the collegiate competition, with 3-0 records against North Carolina and Columbia.