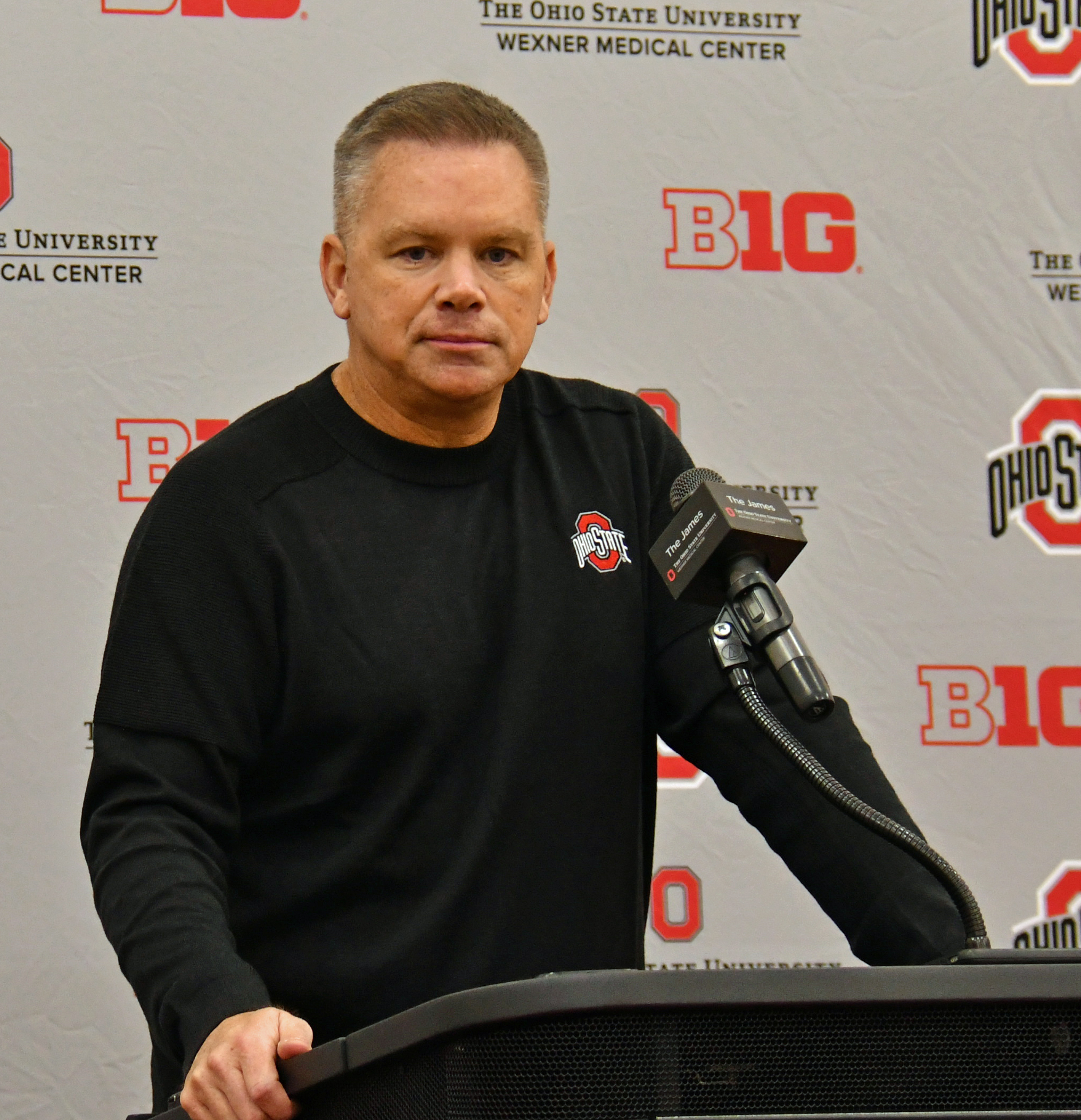 All four of Ohio State’s 2023 commits put ink on their National Letters of Intent on Wednesday, affirming their pact with the Buckeyes and head coach Chris Holtmann.

“Obviously, it’s an exciting day for us given that we’ve assembled a really exciting recruiting class,” Holtmann said. “It’s a really exceptional class on paper, but more importantly, I think it’s another really good class. It’s back-to-back really good classes, that I think fit us, fit our program, fit the kind of versatility and size that we’re looking to add.

“We’re really excited about Devin, Scotty, Austin and Taison,” he continued. “We have a diverse group in terms of their skillsets and how they fit each other, and backing that up with the current freshman class we have here, is exciting for us, for sure.”

Starting with the longest committed member of the class, Parks was highly sought after by several Big Ten teams prior to landing with the Buckeyes, as Illinois, Indiana and Michigan State all extended offers his way. Standing at 6-9 and weighing in at 240 pounds, Holtmann emphasized the need for a big body to main the paint.

Holtmann also noted that the Buckeyes built their class around the Ohio-based big man and tried to find pieces that fit alongside his skillset in the paint.

Joining Parks in the frontcourt is the forward duo of Royal and Middleton, who each committed to the Buckeyes just three days apart from one another during the month of August. Royal and Middleton boast differing skillsets on the wing, with Royal as more of a scoring machine while Middleton is more of a defensive anchor, but Holtmann believes that both can share the floor at any given time.

“I think you’ll see them play together,” Holtmann said. “Scotty has the ability to be an elite defender and we’re going to need that, but also his offensive game has continued to grow. He brings competitiveness to him.

“We’ve been recruiting Devin for a couple of years, but his growth was really obvious to us,” he continued. “He just kept getting better. It’s a credit to him and his work ethic. He’s a wonderful kid and we really loved getting to know him. Obviously, a guy in your backyard that you create a relationship with. He’s going to be a really good offensive player, he’s going to be a really good player in general, but he brings a real offensive skill set.”

Chatman was the final addition to the Buckeyes’ class, announcing his commitment to the program on Sept. 20, just 18 days following his official visit to Columbus. The Minneapolis native provides the Buckeyes with a level of versatility in the backcourt as someone who can play both on and off the ball. Holtmann noted that Chatman fits into the overall versatility they’re trying to build within the program.

“Once we realized we had a chance to get a player like Taison, who we felt like could add to us as a point/combo (guard), we were really excited about that possibility,” Holtmann said. “Taison, we felt like just added to a really good class.”