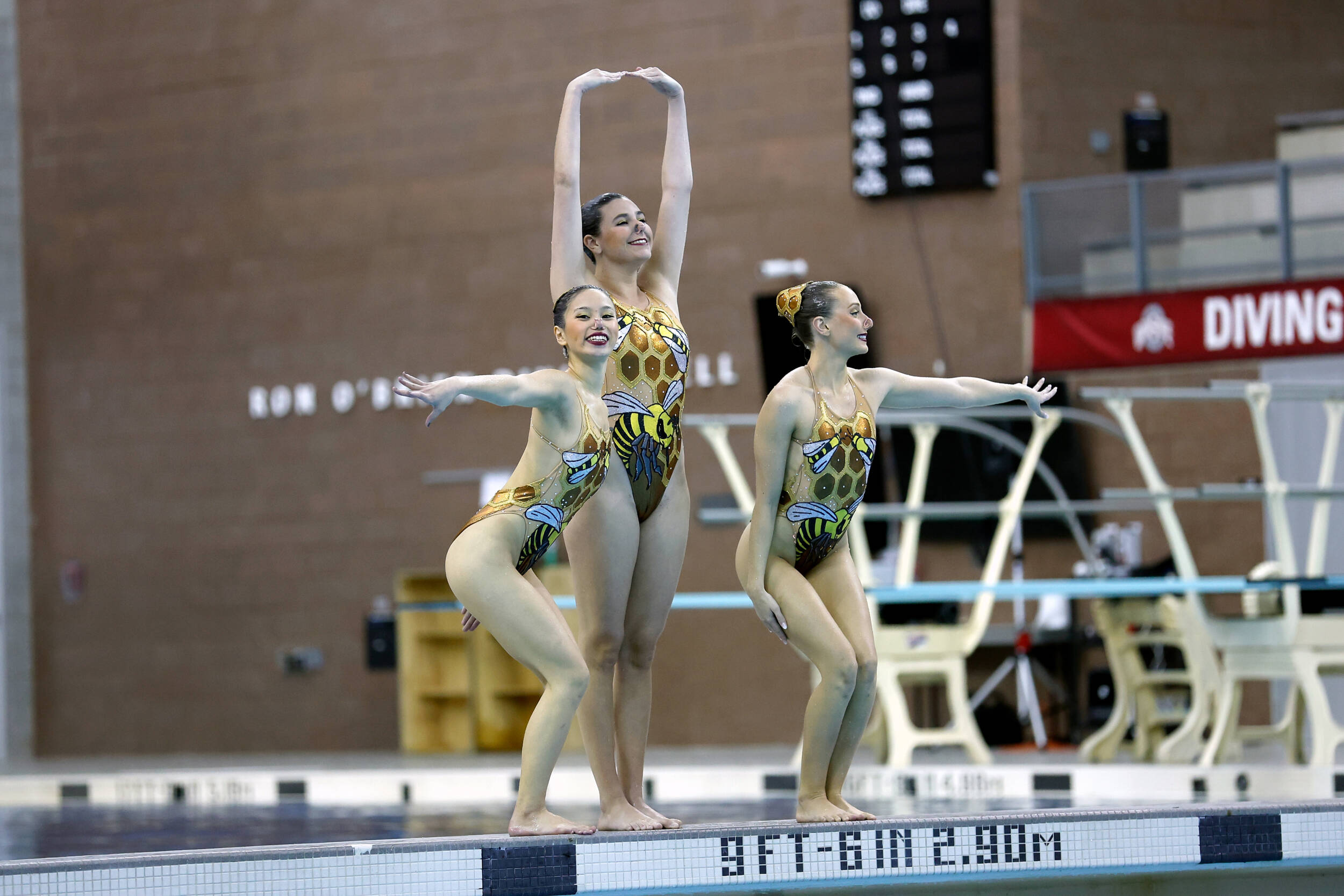 Many Ohio State Olympic sports were supposed to return to action this week, but COVID-19 had other plans. Still, synchronized swimming, men’s gymnastics and women’s gymnastics competed over the weekend.

First, women’s ice hockey had its series with St. Cloud State canceled because of virus-related concerns within the Huskies’ program. The games were initially scheduled for Friday night and Saturday afternoon. The Western Collegiate Hockey Association will work to reschedule the contests for later.

Men’s and Women’s Swimming and Diving

Ohio State swimming and diving had its meet against Texas and Kentucky canceled. A press release announced the competition — scheduled Friday and Saturday initially — would not occur because all teams unanimously agreed to call off the event for “student-athlete welfare in a time of escalating COVID-19 cases nationally.”

The Buckeyes will next race on Jan. 21 and Jan. 22 at the Shamrock Invitational in South Bend, Ind. Ohio State returns to the McCorkle Aquatic Pavilion to face Michigan on Jan. 28.

Ohio State synchronized swimming began its 2022 campaign on Sunday, hosting Michigan in the annual Zero Waste Invitational, claiming a 96-71 win over the Wolverines. Senior Nikki Dzurko led Ohio State with 80.0449 in the Technical A competition.

Dzurko returned to the Buckeye roster after spending last academic year with the United States national team. She opened the afternoon with a first-place solo routine, scoring a team-high 85.1000 — her second-best collegiate solo performance behind her 2019 national championship routine. Olivia Malloy’s routine earned her a career-best score of 78.7500.

Laila Huric and Dzurko reunited in the duet after Dzurko’s hiatus for a first-place routine. The pair earned a score of 83.5500 to continue Ohio State’s successful season-opener and earn their seventh overall first-place finish for their career. Emily Armstrong and Ruby Remati earned second with a score of 82.4500.

Armstrong, Remati and Cassie Neeley led all swimmers with a score of 78.3500 in the trios. Hannah Heffernan, Paige Hopper and Rachel Jagger followed with a score of 78.0500 for second place, while Haley Watson, Megan Wong and Paula Luis finished third with 75.9000.

“I loved the fight in the team and I think they did a good job hanging with the No. 5 team in the nation,” head coach Meredith Paulicivic said. “Most of the mistakes that were made were mental and because of nerves. It’s only the second meet of the year, but I think this team is really special and hopefully, we keep climbing.”

Stephanie Berger and Colby Miller tied for first on bars with a score of 9.850. Berger earned the win in her Buckeye debut. Ohio State finished with a 49.075 in the rotation for its best bars score this season.

Alexis Hankins and Hannah Oliveros each earned scores of 9.825 on beam to lead the Buckeyes. Overall, Ohio State scored a 48.875 in the rotation. Berger scored a 9.800 in her first collegiate beam routine to take third on the team and seventh overall. The team wrapped up the day with a floor score of 48.975. Edwards earned the highest finish for the Buckeyes with a career-high score of 9.875.

Ohio State men’s gymnastics opened the 2022 season at the Windy City Invitational on Saturday night. The Buckeyes finished second among all teams, including Michigan, Illinois and club programs from UIC, Iowa, Minnesota and Northern Illinois. The Buckeyes had a team score of 387.70.

“After the rough start on our first event, rings, and losing Angel to injury, the team never lost their focus,” head coach Rustam Sharipov said. “They did a great job adjusting and filling in the gaps where Angel was in the lineup. We finished very strong on (pommel horse) to close out the meet in second place. I’m very proud of the team. However, we have lots of room for improvement and will get back in the gym to clean up our mistakes. We hope to see everyone next weekend at our home opener vs. New York Alliance.”