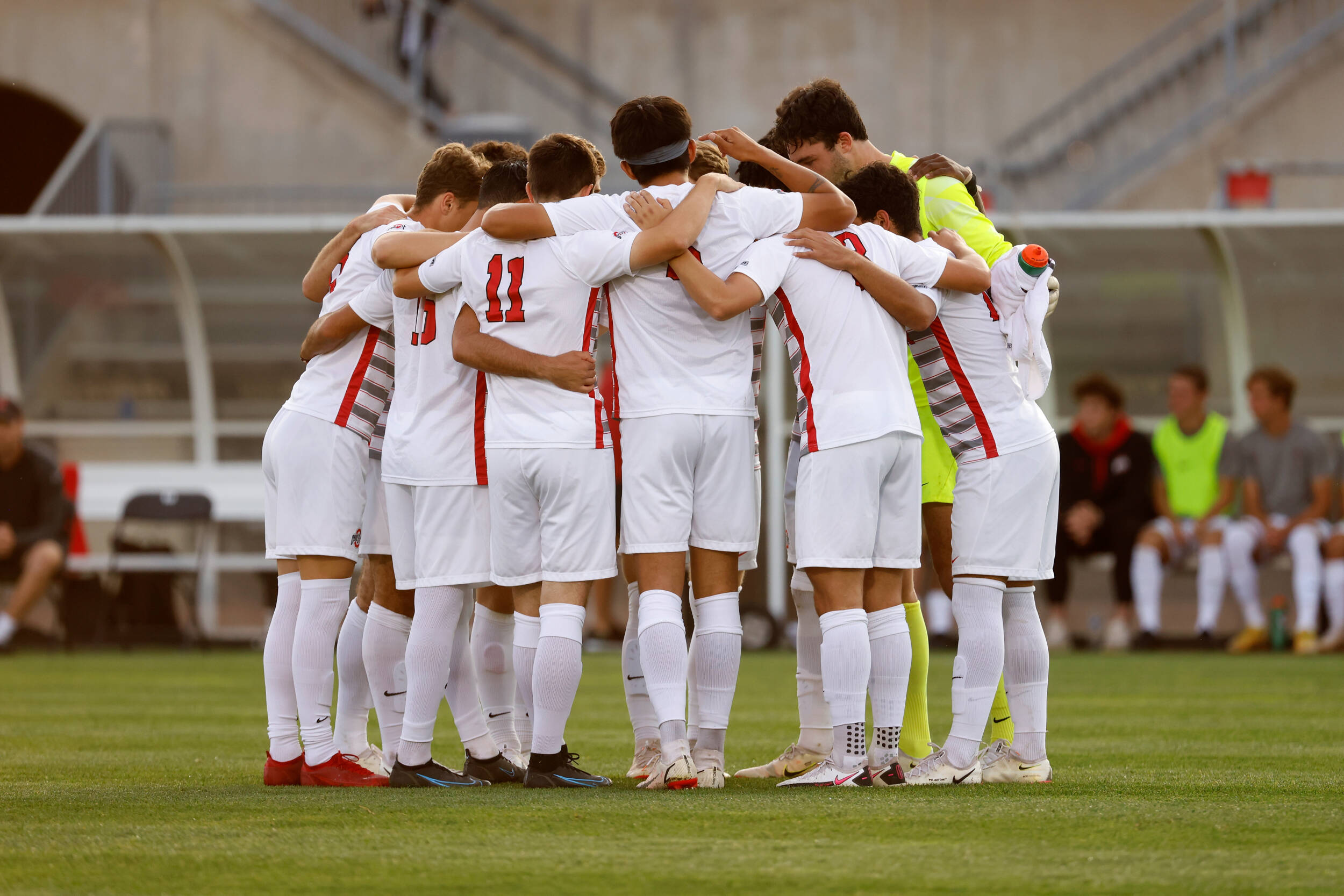 Joakim Jahnsen scored in the 35th minute to put the Buckeyes (2-3-1) on top of the visiting Zips (4-1-1). Freshman Anthony Samways sent a corner kick to the right of Akron’s net that connected with Xavier Green. The senior midfielder headed the ball in Jahnsen’s direction, and the freshman midfielder did the rest. Samways and Green both earned assists for the play.

Ohio State parked the bus for the remainder of the game. Senior goalkeeper Keagan McLaughlin made a big save a minute into the second half to preserve the one-goal lead. He made four saves in his first win as a Buckeye.

Ohio State women’s volleyball swept Notre Dame on Friday night to wrap up the team’s non-conference road schedule. However, the Buckeyes hosted the Fighting Irish at the Covelli Center on Sunday, winning in five sets.

In her second year as head coach, Jen Flynn Oldenburg is taking the Buckeyes to new heights. With the two wins over Notre Dame, No. 3 Ohio State moves to 10-0 and looks poised to compete for a Big Ten Championship and more this season.

Emily Londot reached double-figure kills for the sixth time this season, totaling a season-high 23 kills — just one kill shy of her career-high. Five different Ohio State players registered a kill during the match, with Londot leading the way.

The win over Notre Dame is Ohio State’s seventh sweep of the season.

Ohio State relied heavily on freshmen during the game. First-year players accounted for five of the Buckeyes’ 11 points on Friday. The four goals matched a season-high set against Lafayette on Sept. 3.

In the second half, the Buckeyes sent a barrage on the net, outshooting the Cavaliers 14-4 and claiming a 9-0 advantage in penalty corners. Virginia’s Taryn Tkachuk put in a second goal in the 50th minute, to which Ohio State responded with a goal of their own from Pyle. However, the Buckeyes couldn’t find an equalizer and dropped the one-goal game.

Ohio State men’s golf finished seventh at the Maridoe Invitational, posting its best round of the 54-hole event on Wednesday.

The Buckeyes improved each day, putting together a 3-over 291 on Wednesday to take seventh at 20-over par. Five top 10 teams competed in the tournament, allowing the individual golfers to compete with some of the nation’s best programs.

Sophomore Maxwell Moldovan made five birdies in his roun of 2-under 70 to finish in a tie for seventh at even-par. It was his fourth top 10 of his career.

Freshman Jacob Tarkany finished with his best round of the tournament at 2-over 74. Patrick Schmucking finished 2-under 70 on Wednesday, and Jackson Chandler posted a final round 81.

Ohio State women’s golf finished tied for ninth at the Wolverine Invitational at the University of Michigan — the team’s opening tournament of the fall season.

The Buckeyes shot a 35-over 887 in the two-day event. Aneka Seumanutafa finished tied for eight, her fifth career top 10 finish.

Ohio State women’s soccer used a late goal from freshman Kailyn Dudukovich to lift it to a 2-1 win at Maryland.

Sophomore Christin Baumbick scored her first collegiate goal in the 42nd minute to give the Buckeyes a 1-0 lead. Maryland tied the match in the 62nd minute. It looked as if the game were headed to overtime, but Dudukovich headed home a pass from graduate Emaly Vatne in the 89th minute to secure the one-goal win.

With the victory over the Terrapins, Ohio State claimed its first road win of the year and improved to 6-3-0 (1-0-0) on the season.